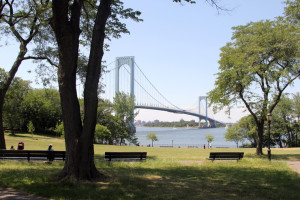 Francis Lewis Park sits at the base of the Bronx-Whitestone Bridge in Queens. The park was named after an American “merchant, patriot, and signer of the Declaration of Independence”(nycgovparks). Researcher Frank Da Cruz has compiled evidence of the WPA’s key role in developing this park:

Like Ferry Point park, Francis Lewis Park was part of the Bronx-Whitestone Bridge construction project, 1937-41. A New York Parks City Department press release on April 25, 1940, confirms that it was built by the WPA:

The Department of Parks announces that exercises in connection with the dedication of Francis Lewis Park, Third Avenue and 147 Street, Whitestone, Queens, will take place on Friday, April 26, at 3:30 P.M.

This ten acre park, fronting on the East River and acquired in part to provide the Queens terminus of the Bronx-Whitestone Bridge, has been developed mostly as a sitting park with winding paths and broad sloping lawns landscaped with trees and shrubbery. A playground with a brick comfort station, wading pool, handball courts, see-saws, slides, swings and a sand pit has been provided to care for the recreation needs of the neighborhood children… 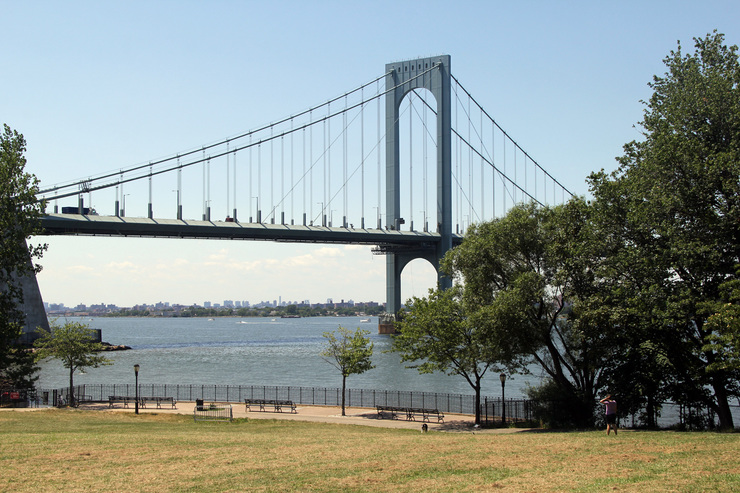 Francis Lewis Park in Queens, showing the waterside promenade looking out on the Bronx-Whitestone Bridge, the Bronx itself and, beyond it, the Manhattan skyline. June 26, 2016. The grass is somewhat parched due to a prolonged drought in New York City. 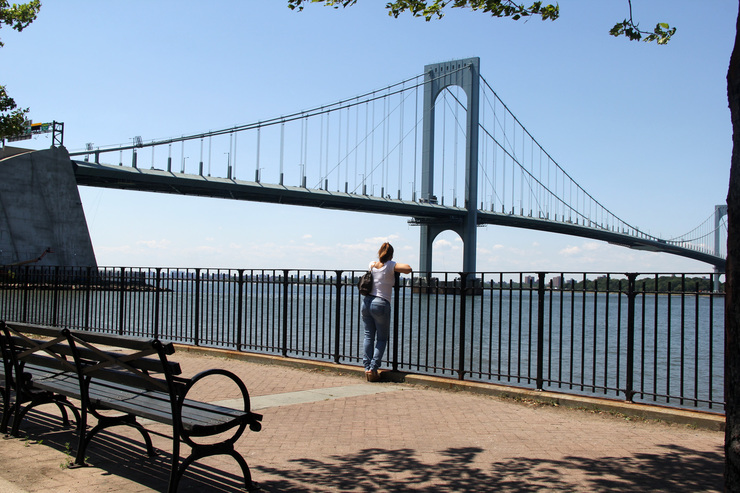 Francis Lewis Park in Queens: looking out from the promenade at the water and the bridge. June 26, 2016.