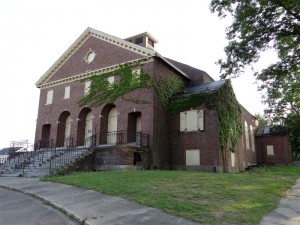 The former Foxboro State Hospital was greatly expanded by the Commonwealth of Massachusetts, with the aid of Federal funds, during the New Deal era. One Federal Public Works Administration-assisted project saw the construction of four buildings on the State Hospital campus, including the [presently vacant, as of 2014] Assembly Building.

The Assembly Building is located north of Chestnut Street along Payson Road.

Construction details: “masonry exterior bearing, concrete and steel interior framing, steel roof truss, non-combustible roof deck.” The Foxboro Reporter wrote that the building, “one story and balcony and basement, of brick and limestone, 127 feet long and 70 feet wide, will be constructed at a cost of about $117,000.”

The state proceeded with construction of the new building despite the slashing of PWA loan money from $117,000 to $23,000. 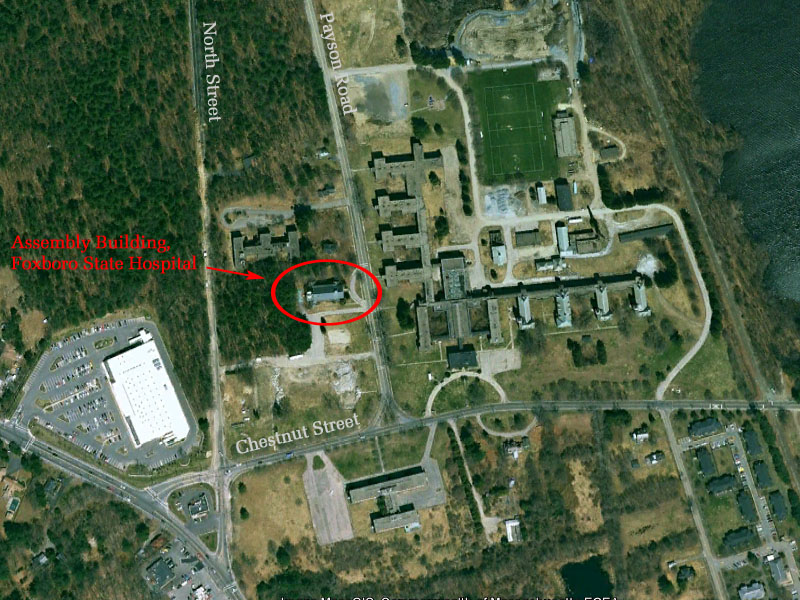