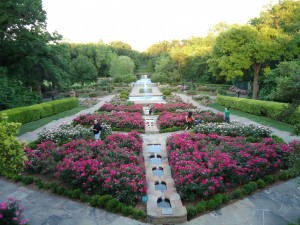 The Fort Worth Botanic Garden had its origins in 1912 when the park board purchased a tract of land southwest of Trinity Park and named it Rock Springs Park. In his 1909 park master plan for Fort Worth, landscape architect George E. Kessler recommended that the city acquire the parcel because of its natural flowing springs and dense stand of native trees.

The park remained largely unimproved until 1929 when work began on the creation of a lagoon and an arboretum under the direction of landscape architect S. Herbert Hare and Raymond C. Morrison, the city’s forester. In 1930 Hare and Hare developed an ambitious plan for a municipal rose garden that included a palm house overlooking a terraced rose garden with intersecting ramps that created triangular parterres flanking a center cascade. The plan also included a small reflecting pool, and beyond that, a large pond and a vista cut through a native stand of trees. The design of the rose ramp was influenced by the 16 Lante in Italy and the vista was influenced by the garden at the French palace at Versailles. On axis with the small reflecting pool was a collanade that led to an oval-shaped garden.

Because of the ensuing Depression and the complexity of the design, park leaders assumed it would take years to complete the garden. But just prior to the beginning of FDR’s first term in office, the Board of Park Commissioners entered into a cooperative arrangement with Tarrant County and the Tarrant County Reconstruction Finance Corporation’s Relief Committee and the construction of the garden was completed in nine months.

In the early days of the relief programs, those on the relief roles were given a $2 food voucher. But the idea arose that if the men could perform a task of permanent value, it would enhance their self-esteem and result in something of benefit to the community. The park board agreed to the use of RFC labor for the construction of the garden and work commenced in February 1933. The garden was built almost as Hare and Hare originally envisioned with the exception of the palm house being replaced by a shelter, Palo Pinto sandstone was used instead of brick, and perennial and annual flower beds were replaced with roses.

Over 450 men worked on the construction of the garden. Most were unskilled laborers. Experienced stone masons and carpenters were enlisted to train them.  The garden was dedicated on October 15, 1933. It would be several months before the garden was planted with thousands of roses, most of which were donated.

The next major project was the construction of a Horticulture Building in the northwest corner of the park. CWA labor was used to construct the stone building and greenhouse. In December 1934, the park board voted to allow the Fort Worth Garden Club to operate a garden center at the building. It also voted to change the park’s name to the Fort Worth Botanic Garden.

In 1935, a cactus garden was constructed north of the rose garden (now a perennial garden). WPA labor was also used for road construction. Girls employed through the NYA provided tours of the garden. Through the WPA and NYA, women created scrapbooks and reference materials on garden-related topics that were used in the garden center.

The Fort Worth Botanic Garden has grown from its original 37.5 acres to encompass 109 acres of numerous theme gardens, greenhouses, and a large garden center with conservatory. The original Horticulture Building is now known as the Rock Springs Building. It has been enlarged several time and houses offices for garden staff, a library, and a restaurant.  The original section of the garden retains much of its historic integrity and was listed on the National Register of Historic Places in 2009. 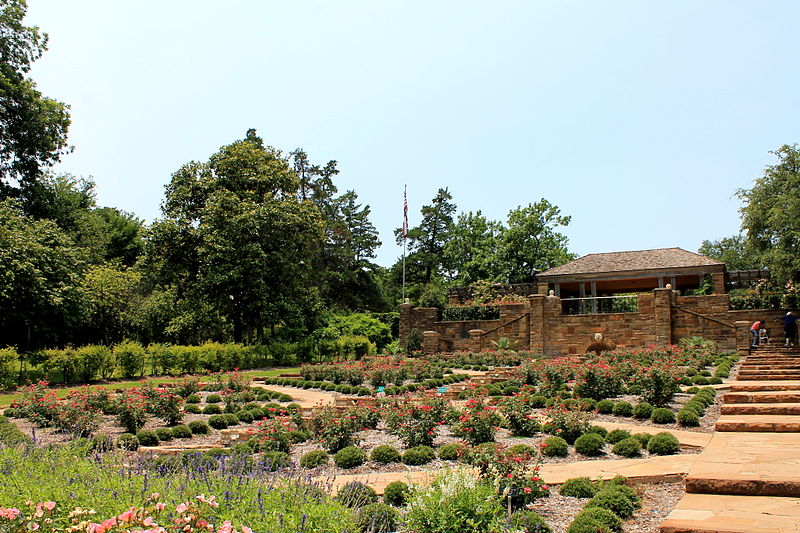 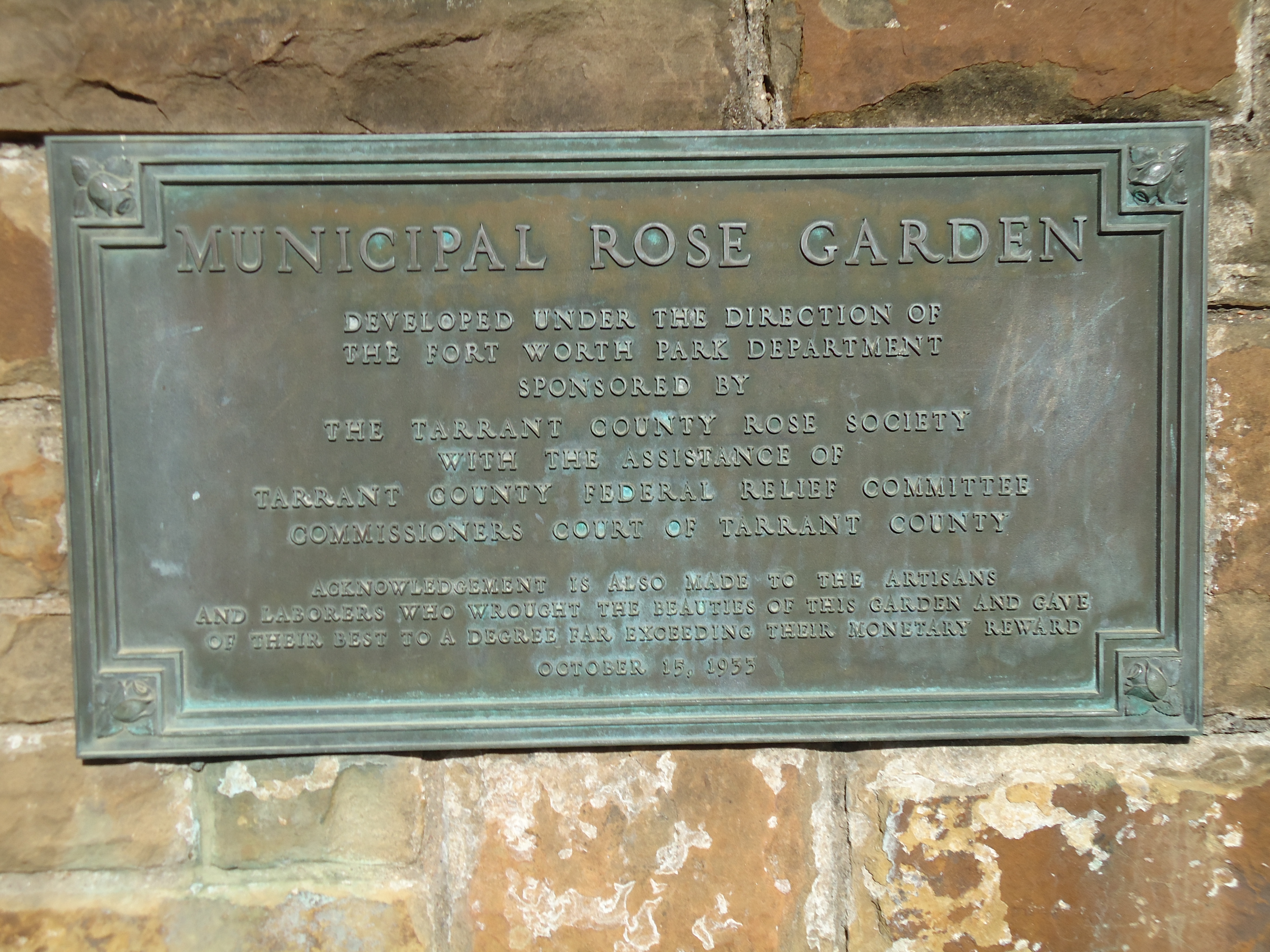 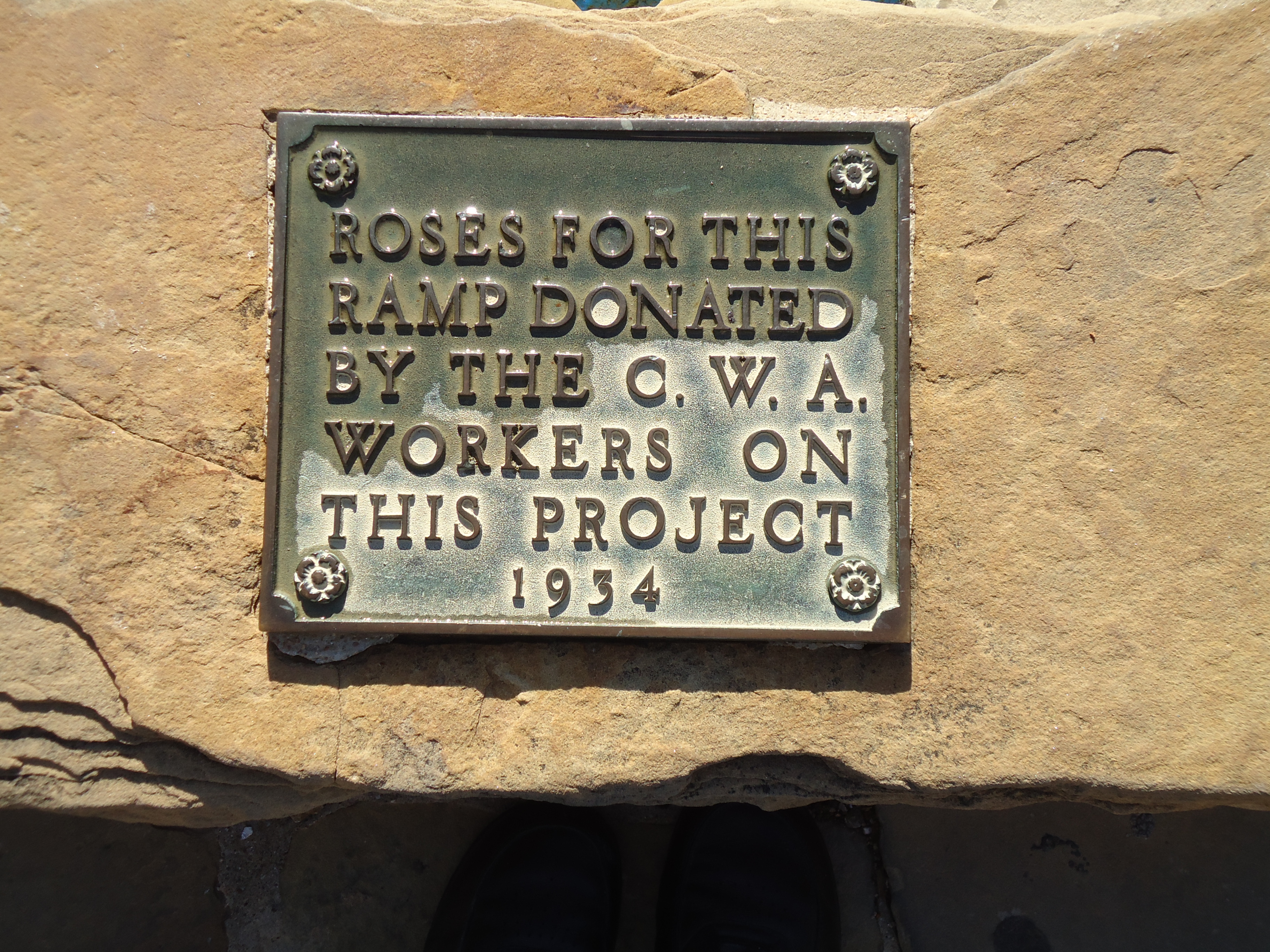 This plaque was erected to honor the CWA workers who together donated $75 for the roses on the rose ramp (imagine them sacrificing much needed money for the cause). 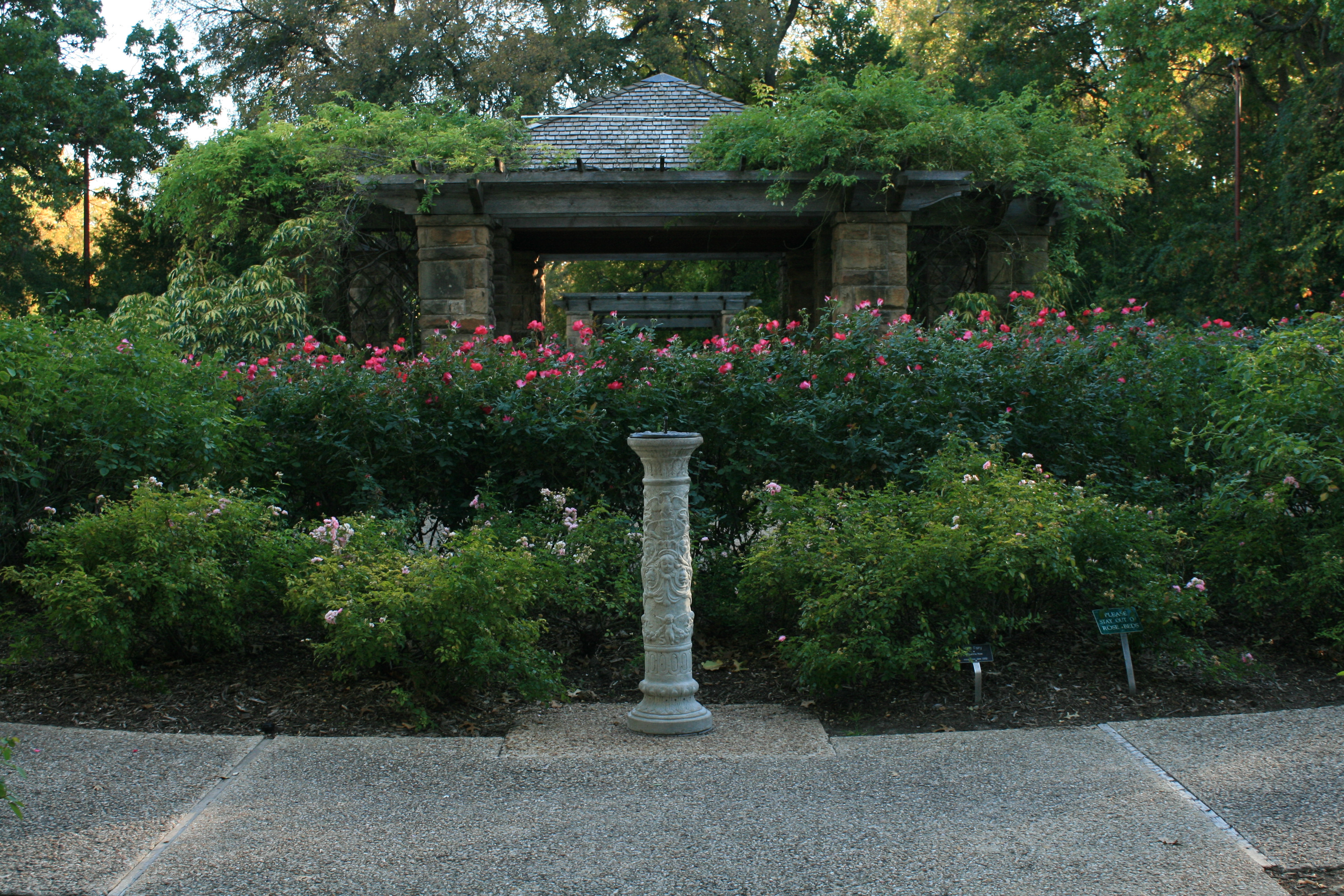 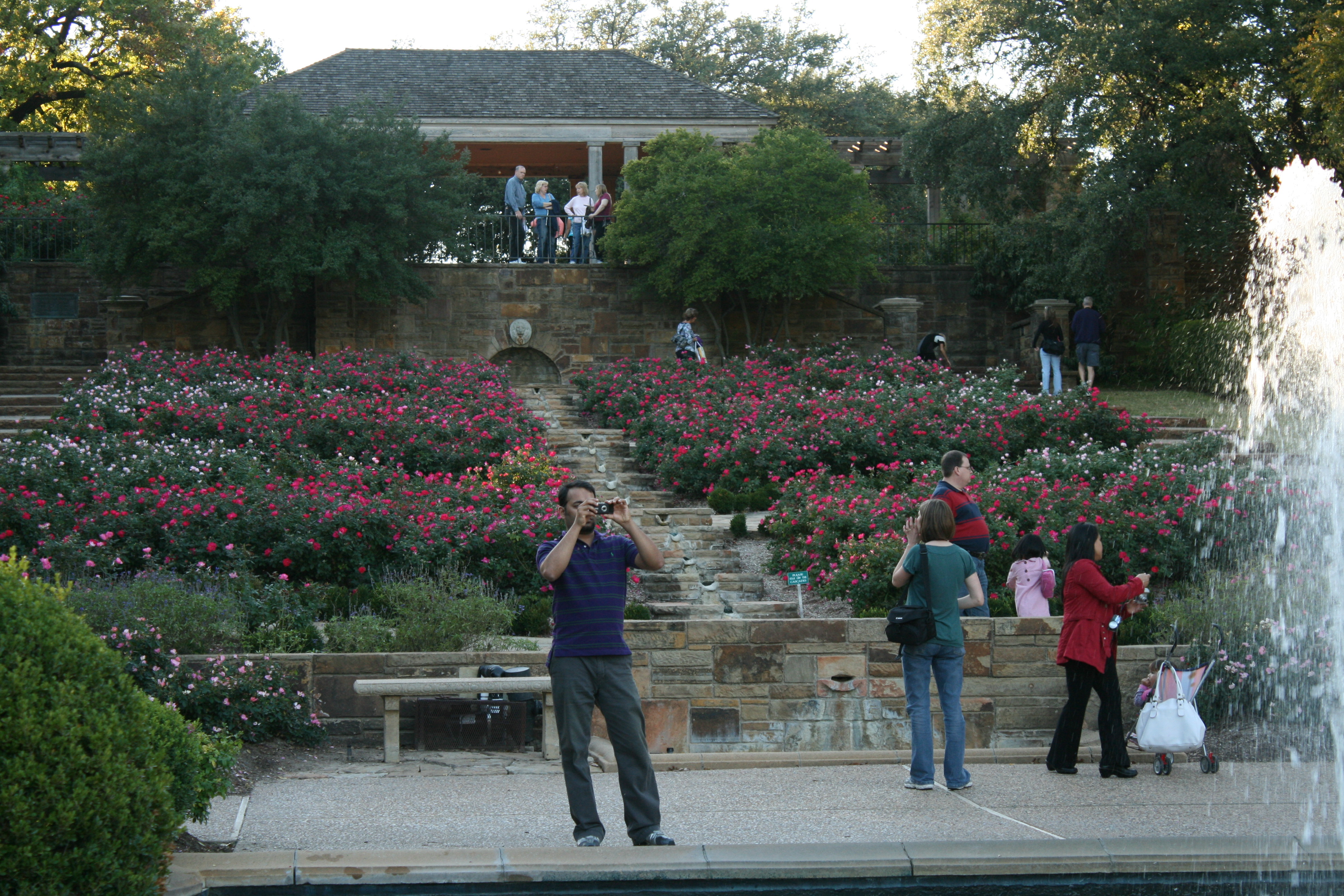 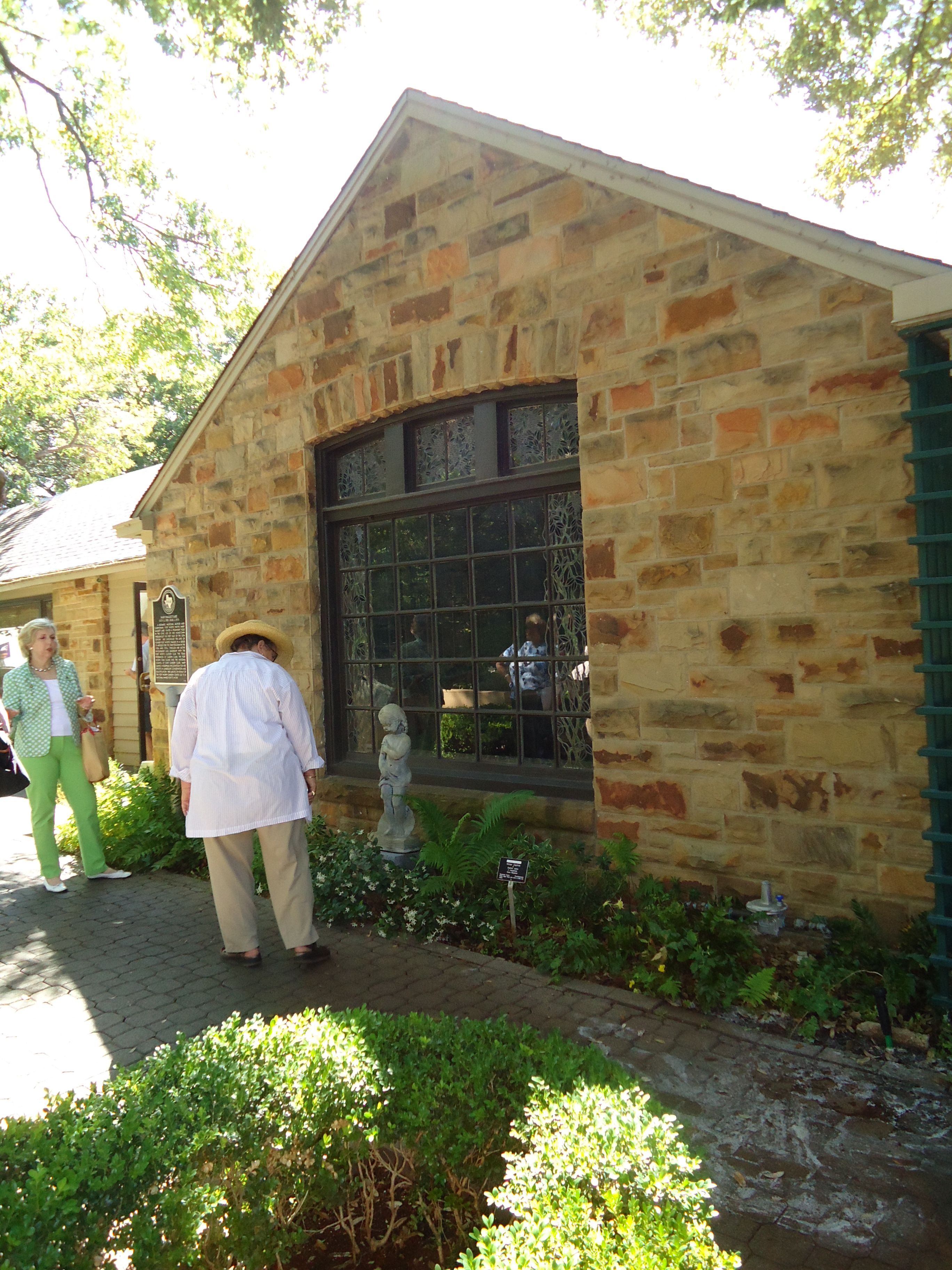 Former Horticulture Building built by the CWA in 1934. It has been expanded over the years and is now called the Rock Springs Building. 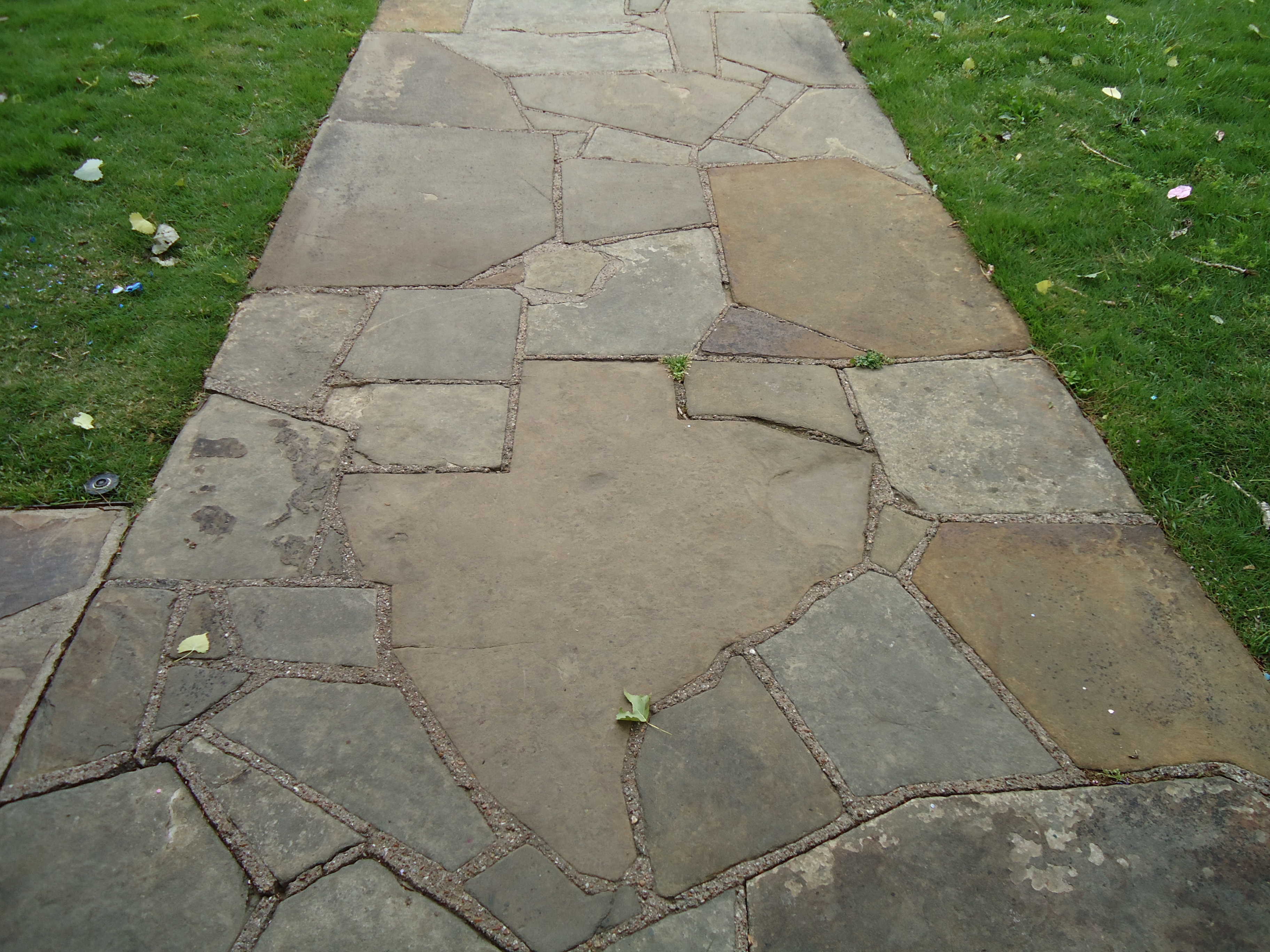 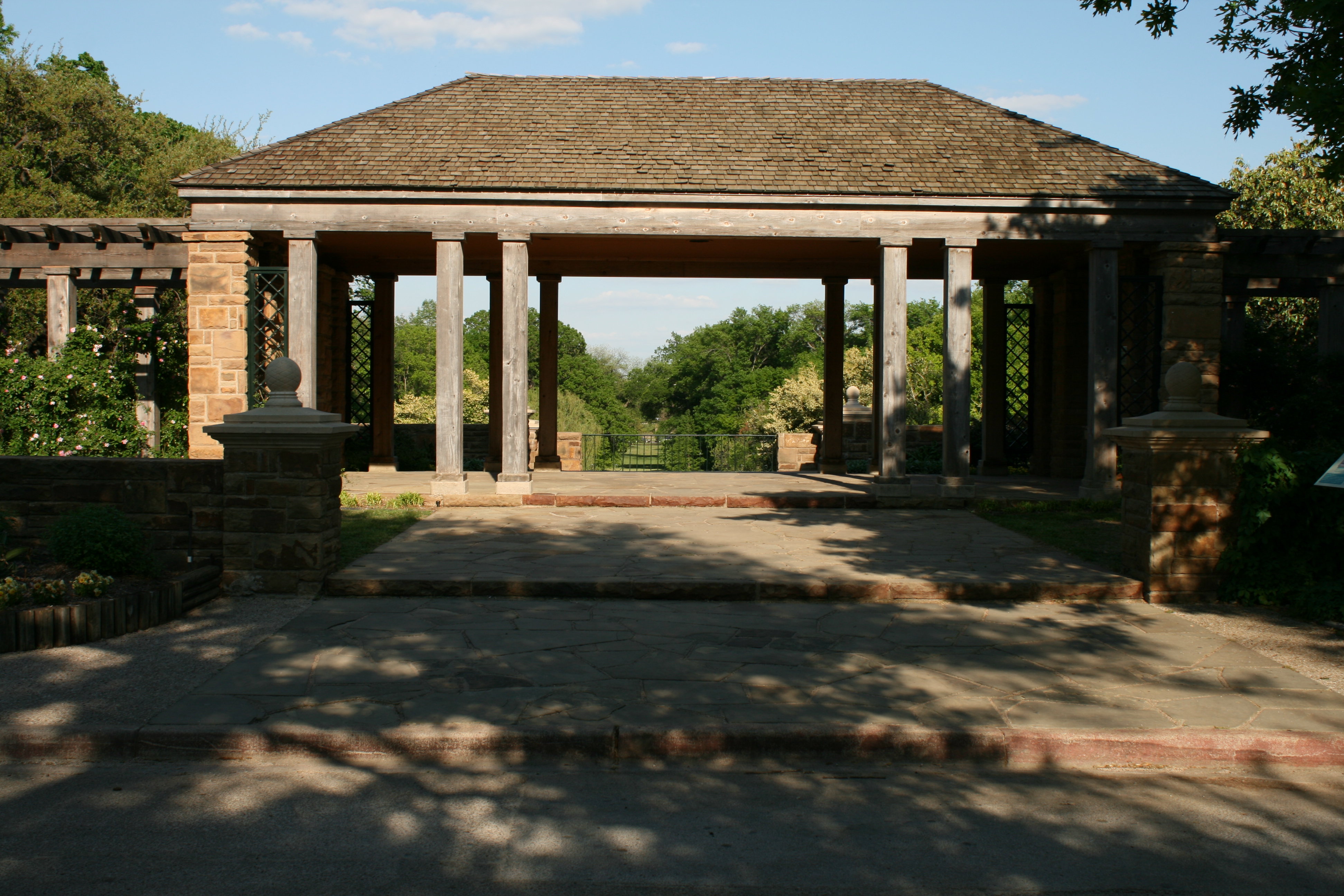 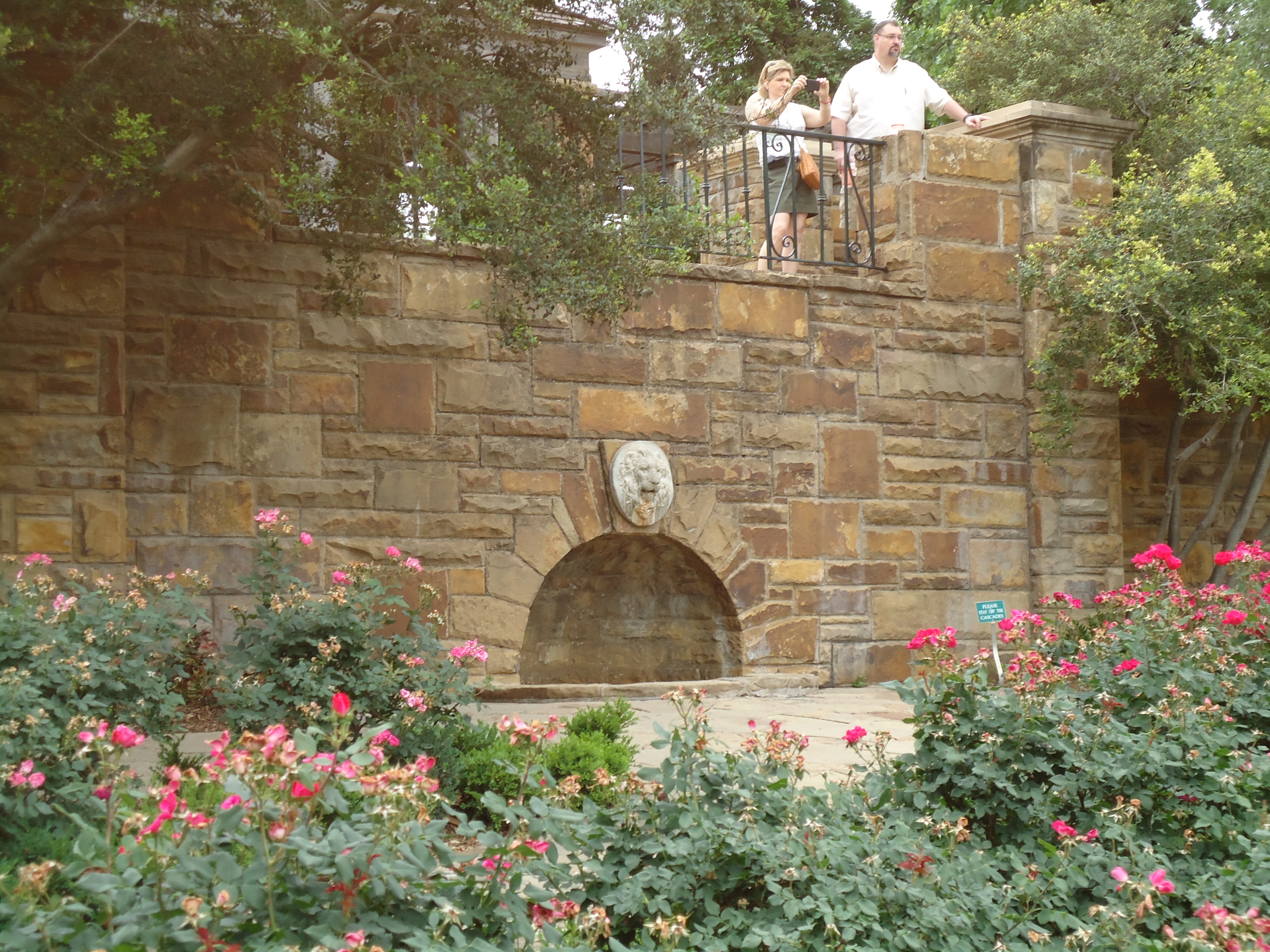 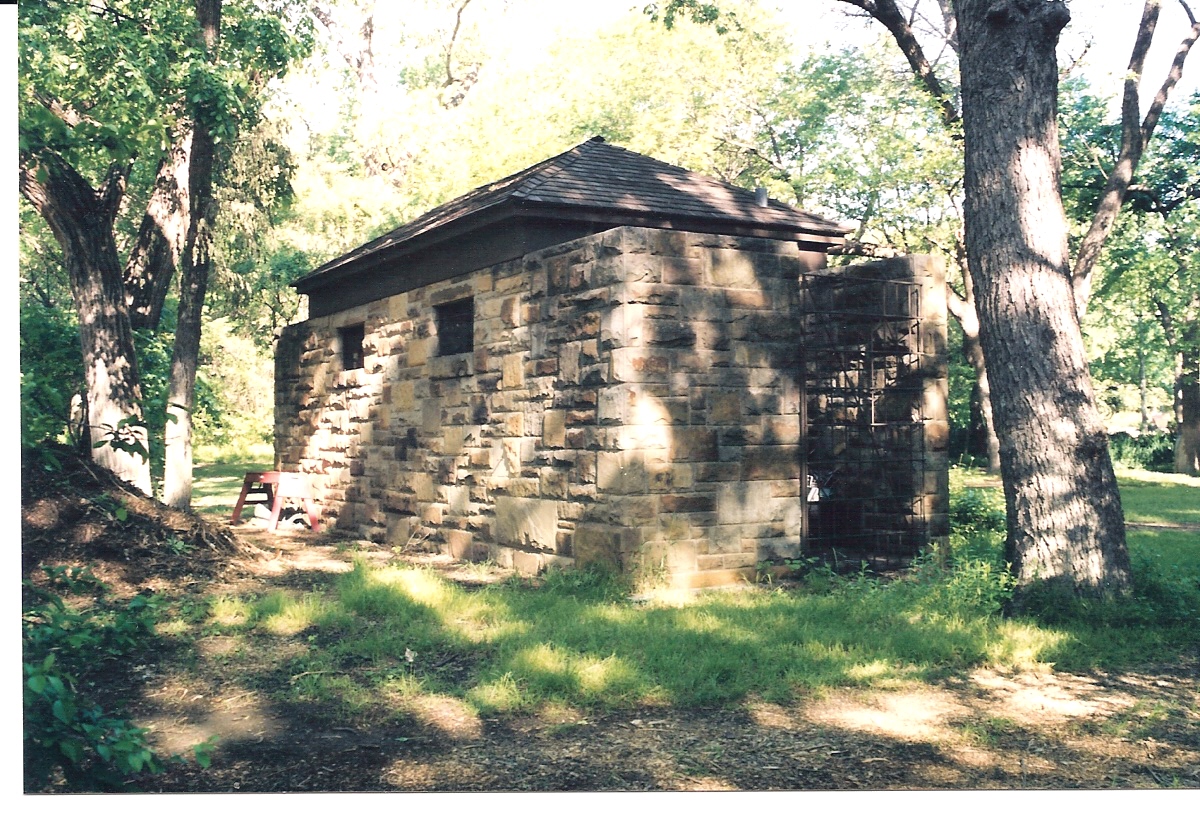 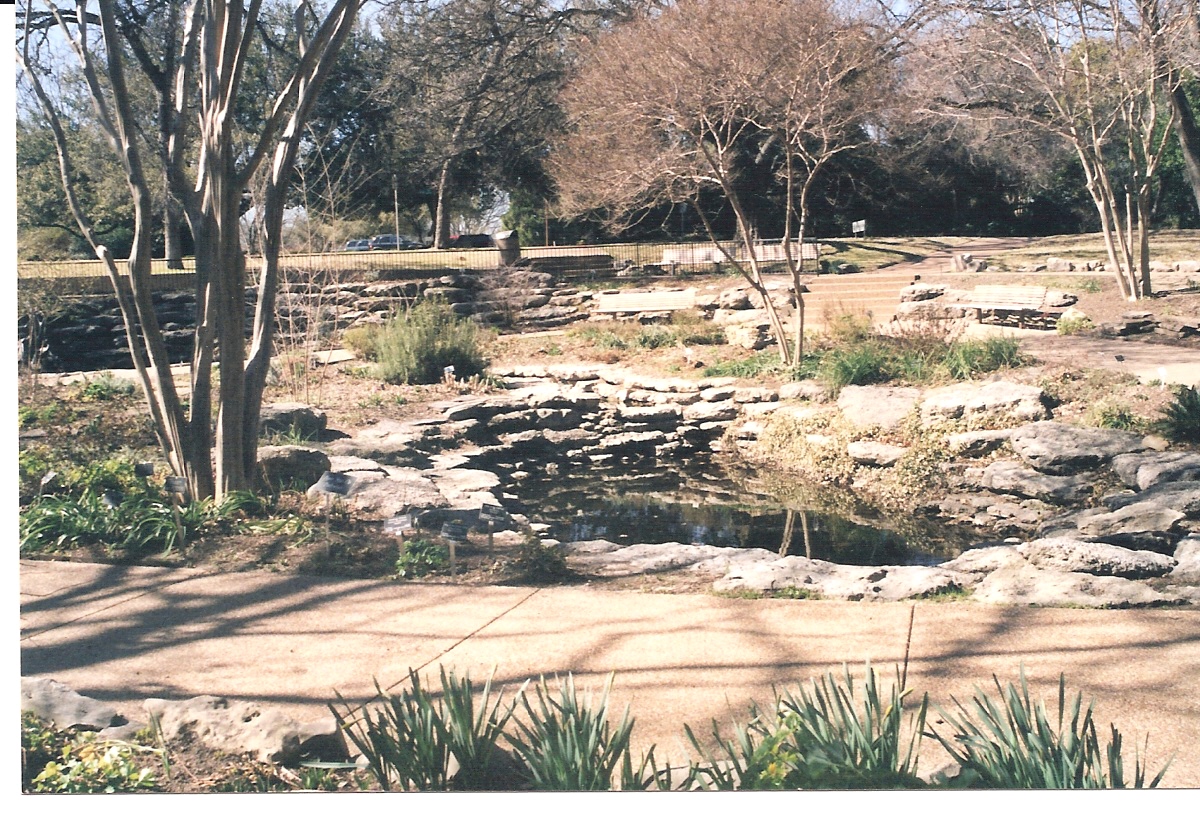 3 comments on “Fort Worth Botanic Garden – Fort Worth TX”