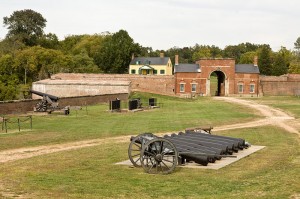 Fort Washington was built to defend the river access to Washington D.C. in the early 19th century. In the 1930s, both the WPA and the CCC made general improvements to the Fort and surrounding park.

A HABS Survey describes CCC activity at the Fort:

“CCC work occurred during two periods at Fort Washington, first by Camp NP-6-VA (Fort Hunt), in 1937-1938, and later by Camp NP-4-MD (Fort Washington) in 1941- 1942.  The initial period of work mostly involved the creation of roads, drainage of swampy areas, and clearing unwanted foliate growth.  The second period, extending to the close of the program, included the razing of fifteen buildings, upkeep of other structures, fire hazard reduction, and the construction of a heating plant.

The 2004 fieldwork documented a still-extensive landscape of historic buildings, modern service structures, and a road network.  The only CCC-era resource that could be located with reasonable confidence was the probable site of the heating plant, installed in 1941-1942.  A conversation with the current Park Manager, William Clark, and examination of some historic images offer two possibilities for remnants of this feature.  The more likely location is within the historic fort. An extant concrete pad located near the barracks once provided the foundation for a diminutive, one-story brick structure with a flat roof and a tall square chimney, whose form is discernible in photographs.  It is known to have once housed an oil storage tank, and historical images of the interior also depict a burner likely used for heating purposes.  Similar structures built by the CCC are present at Fort Hunt and the Great Falls Visitor Center on the C & O Canal.

A less likely location for this feature is a structure situated in a former pumping station complex below the fort near Swan Creek.  There were two surviving structures in the precinct, a frame shed and a concrete block building, but high chain-link fences and foliage prevent any close investigation.  Since neither of these structures were known to be specifically related to heating, it is possible, but unlikely, that they are CCC constructs.

Summary: A concrete pad next to the barracks within the walls of Fort Washington is possibly a remnant of the heating plant constructed at the site in 1941-1942.” 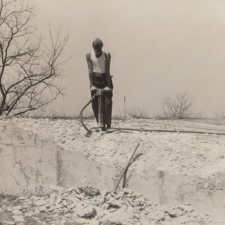 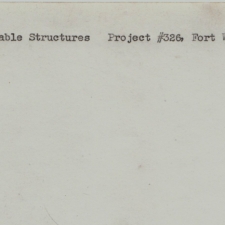 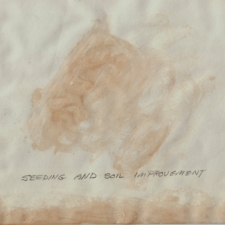 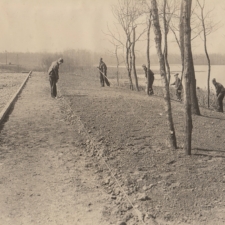 Project originally submitted by Brent McKee - http://nddaily.blogspot.com on May 24, 2013.