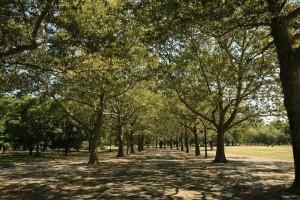 What is now Flushing Meadows-Corona Park, often known simply as Flushing Meadows, is a large park in Queens containing a wide variety of athletic facilities, a botanical garden, a museum and more. The site, which used to be a dumping ground, was first developed as a park in the late 1930s under the direction of Robert Moses in order to serve as the site for the 1939 World’s Fair.

In December 1938, the Department of Parks published a press release describing many of its ongoing projects, including this one:

“In addition to the projects already listed, city funds have been secured for a number of major park improvements, now actively being progressed… The greatest project, from a standpoint of size and importance, is the work on the basic permanent improvements at Flushing Meadow Park, the site of the World’s Fair. Here federal, state and city governments have combined in making $93,000,000 available for work of lasting benefit which includes the grading of the 1200 acre park, the construction of highways and parkways with their attendant grade eliminations, the construction of storm and sanitary sewers, the dredging of Flushing Bay and the construction of a boat basin and bulkheading. All this work was coordinated by the Department of Parks so that, after the Fair is over, the most modern park in the world will be the heritage of the city.”

The release further noted that they expected most of the development of Flushing Meadows to be completed “within a year after the closing of the Fair.”

Although the release does not specify which federal agencies provided funding for the project, the WPA was almost certainly involved. As researcher Frank da Cruz explains here, almost all New York City Parks Department projects between 1934 and 1943 were carried out with New Deal funds and/or labor, and that after April 1935, the WPA quickly became the main source of this support.

Flushing Meadows hosted yet another World Fair in 1964. 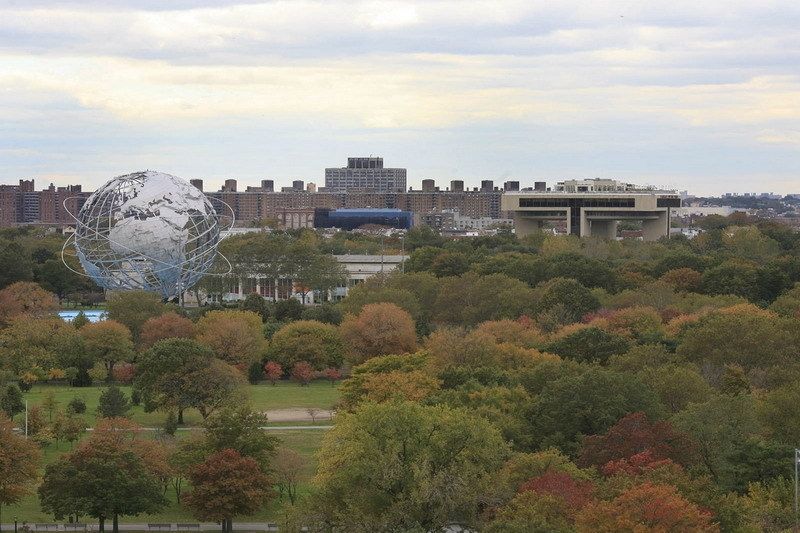