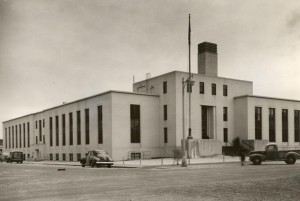 U.S. Post Office and Courthouse (1941) Completed in 1940. Architect: Gilbert Stanley Underwood Still in use by the U.S. District Court for the District of Alaska.

“Constructed almost twenty years before Alaska became the forty-ninth state, the Federal Building in Anchorage symbolized the U.S. government’s commitment to the economic growth and development of the territory. Providing residents with a post office, courthouse, and other federal services, it was the first large federal building constructed in Anchorage.” (U.S. General Services Administration)

“The building housed every federal agency with an office in Anchorage, and tenants included the Civilian Conservation Corps, the United States Department of the Interior, the Signal Corps, and the Alaska Railroad. In order to accommodate all of them, the building expanded several times. The first wing extension, completed in 1940–1941, closely followed the original construction and housed the post office.” (U.S. General Services Administration)

The modern cast concrete facility was completed in 1940 and additions begun to enlarge the building that same year, utilizing a $100,000 grant in addition to the original approved expenditure of $825,000. 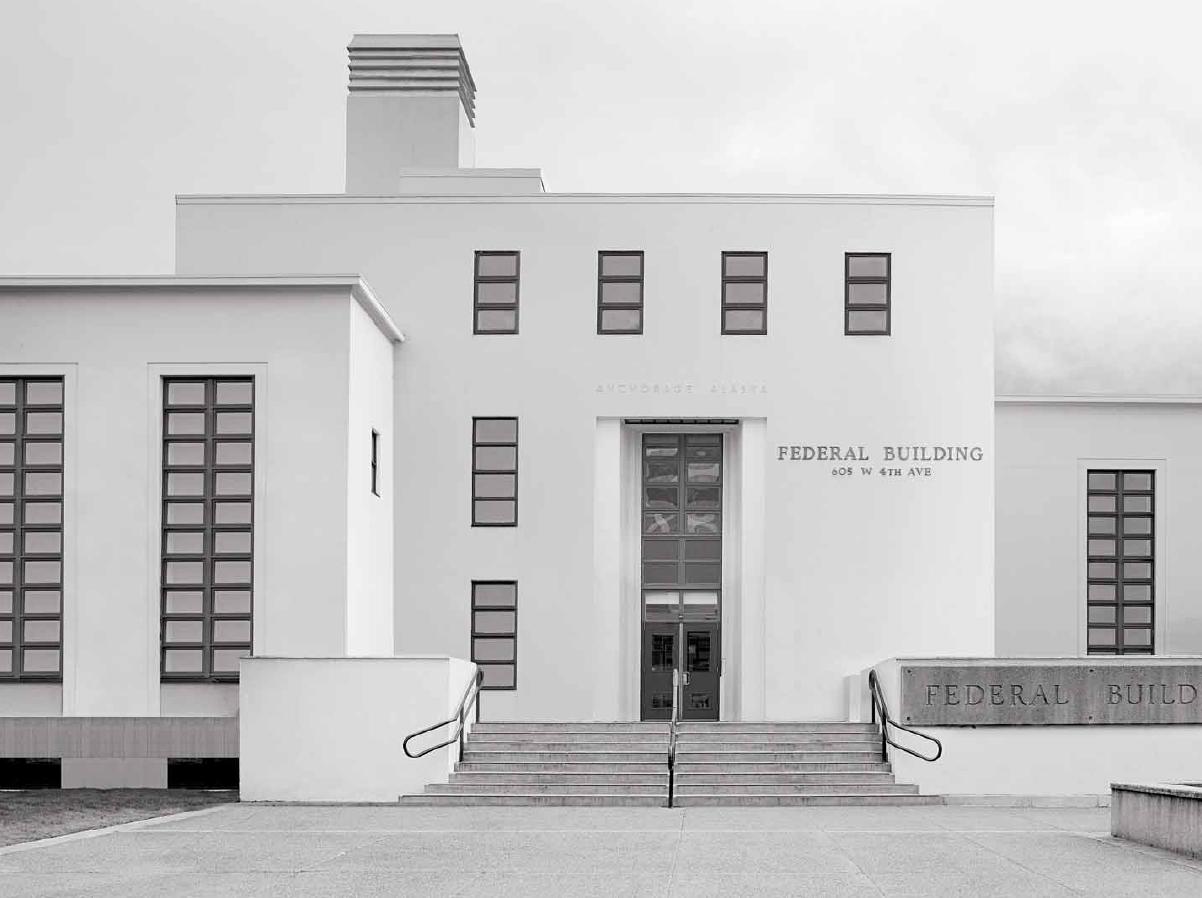 The U.S. Federal Building in Anchorage, Alaska. The Federal courthouse is on the National Register of Historic Places. 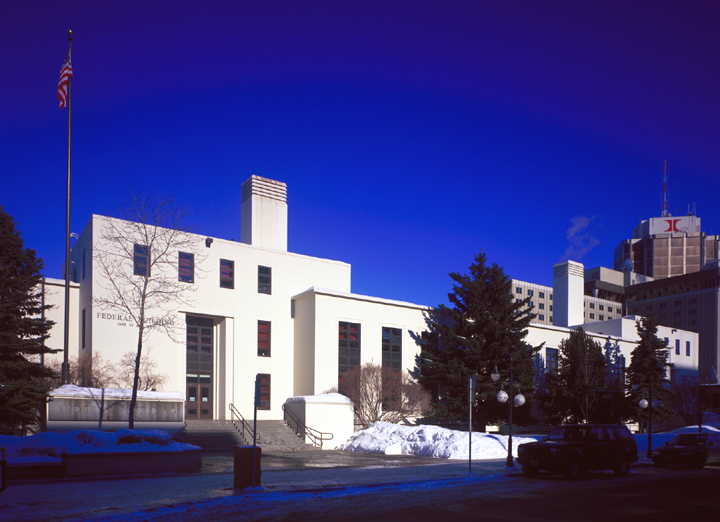