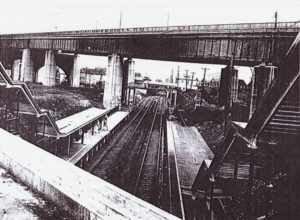 "The Bayonne Bridge hovers high above the Elm Park Station as seen from the Morningstar Road overpass in 1937."

A new Elm Park railway station was constructed during the mid-1930s as one link in a massive grade separation project along what was then a freight and passenger railway (the North Shore Branch of the Staten Island Railway). Developed as a two-track, two-side platform facility, located just east off Morningstar Road, the structure has long since been abandoned. 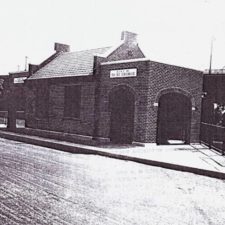 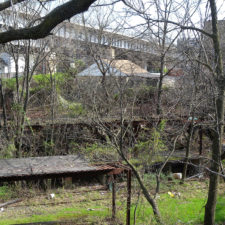