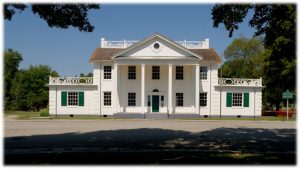 Dyess Colony was an experiment in permanent reestablishment of the independent farmer.  Intended as a pioneer effort, the colony was, in 1934, the only purely agricultural rehabilitation colony project in the country.  The government’s attempt to resettle destitute but deserving families at Dyess Colony was a success…

The first buildings at Dyess were for the workers and consisted of barracks, a kitchen and dining hall.  By mid-June, 1934, a temporary administration building had been completed, and a month later construction began on 500 houses at the colony.  Howard Eichenbaum, a Little Rock architect, designed the three-, four-, and five-room houses constructed at Dyess.  Each house was constructed on an individual twenty- to forty-acre farm.  Though of simple design, each house met the demands of farm living.  Some twenty variations of the basic floor plans helped eliminate the monotony.  Each of the Dyess houses had a well and was wired for electricity.  In addition to other outbuildings, each farm had a barn and chicken house.  All the barns were of similar design, being about sixteen by twenty-four feet with ten foot shed on either side…

In March 1935 Johnny Cash moved into the colony with his parents and five siblings. The Historic Dyess Colony Website says that “Johnny Cash lived in Dyess until he graduated from high school in 1950. His music was greatly influenced by his experiences in Dyess, including such songs as “Pickin’ Time” and “Five Feet High and Rising.”

In May 1936 an official dedication ceremony was held in which the Colony was named in memory of William Reynolds Dyess after his death several months earlier in a plane crash. Dyess was the first Arkansas administrator of  the Federal Emergency Relief Administration (FERA) and the Federal Works Progress Administration (WPA). He was a farmer himself, and envisioned the colony as a community of small subsistence farms. His aim was to provide impoverished tenant farmers and sharecroppers with the opportunity to become part of a “self-supporting agricultural community” (Encyclopedia of Arkansas History and Culture).

January, 1939, marked the completion of Dyess Colony.  After that date recruitment of new colonists to fill vacant farms stopped.  Those farms not filled were left vacant to allow for the natural expansion of the community.  As federal loans were repaid and the colonists became owners of their farms, government control of the colony dwindled.  Federal holdings were eventually liquidated, setting Dyess free of any extra control by the government.”   (https://www.arkansaspreservation.com) 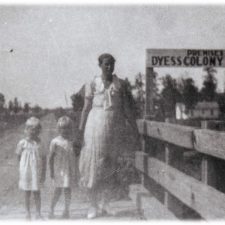 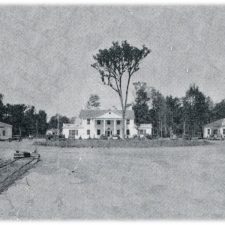 National Archives, Records of the Works Projects Administration Photo. Note that the 1936 view of the Colony Circle is a long narrow photo. This photo was doctored. 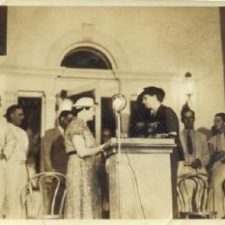 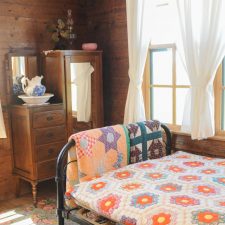 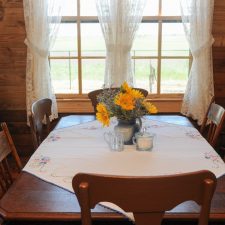 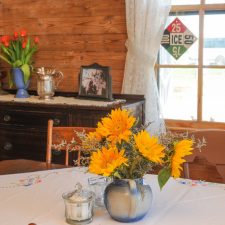 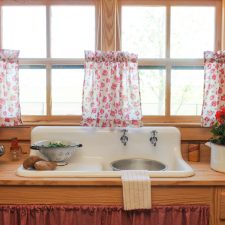