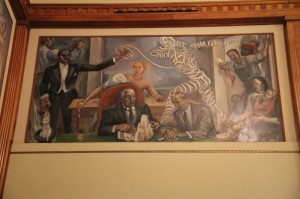 The New Deal is responsible for a magnificent array of artworks that embellish the Department of Justice building. The Treasury Section of Fine Arts commissioned artists to create 68 murals between 1935 and 1941 for $68,000, or one percent of the building cost.

At the two ends of the room are triptyches entitled, “Attributes of Justice” and “Continuity of the Law”.  Along the sides are two rows of panels (7 on each side, it appears):   “Brute Force,” “Greed,” “Ordeal,” “Justice Tempered by Mercy,” “Tradition,” “Intolerance,” “Superstition,” “Belief of Magic,” “False Witness,” “Competition and Monopoly,” “Justice and Science,” “Environment,” “Ambition,” and “Red Tape.”

Only the two triptyches and two others are shown here.  For more, see the illustrations in the 75th Anniversary publication of the Department of Justice in 2009, pp. 86-100, available online (see below).

Sterne painted each of the panels on composition board with cubes of paint and the margins lightly brushed together.  He declared that this method was as durable as fresco.

The Main Library and Sterne’s murals are located on the 5th floor of the Kennedy building. 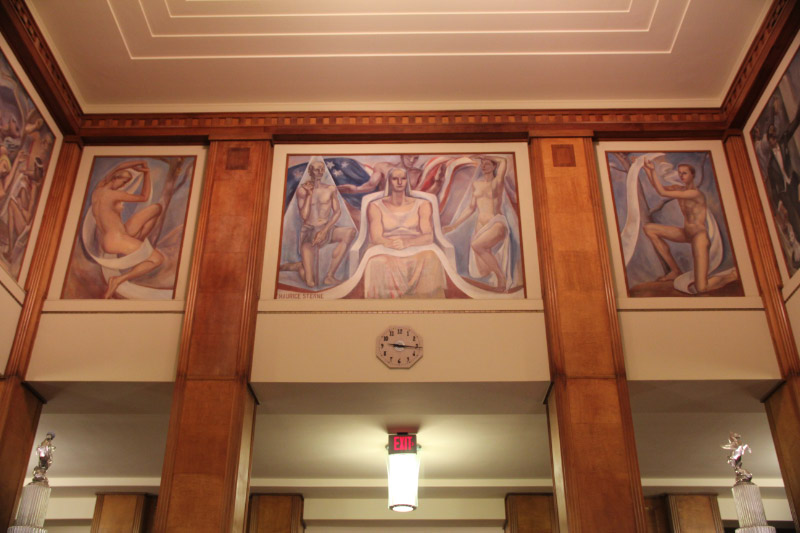 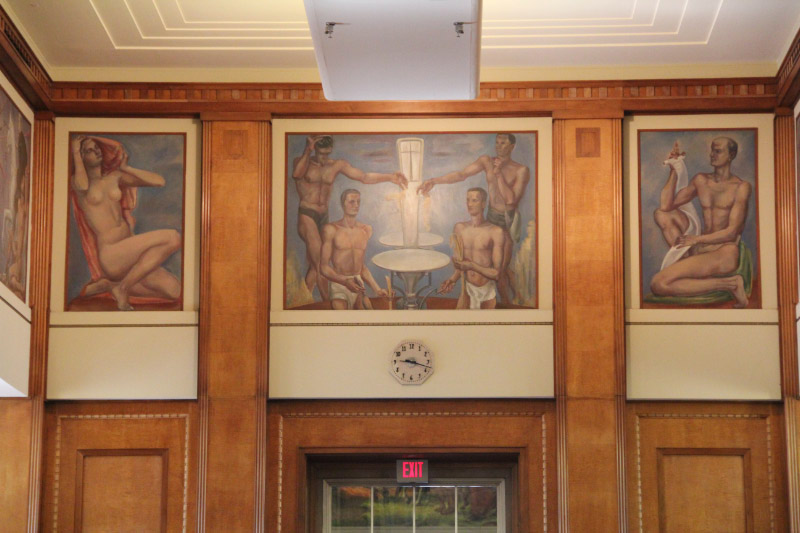 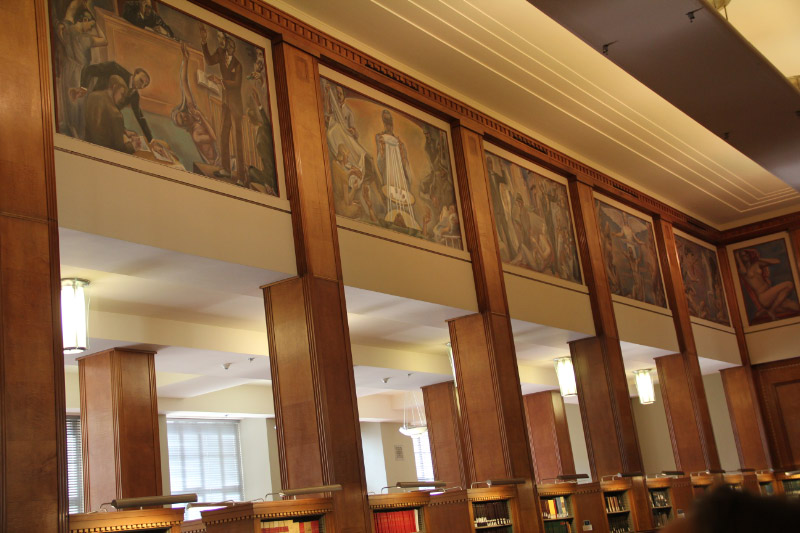 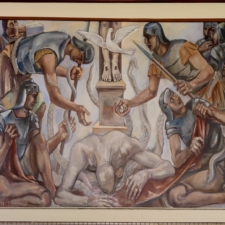 View all projects at Department of Justice - Washington DC (13 Projects)