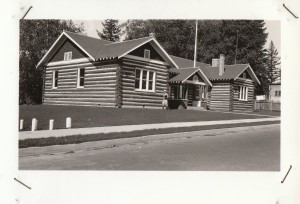 The WPA built this community hall in Sandpoint in 1936.

From the Idaho Historical Society (via Waymarking.com): “The idea behind the Community Hall originated with the local Boy Scout organization early in 1935. It was difficult to find meeting places for the three Sandpoint troops, especially during the winter months, “and for that reason the council decided to build a log cabin for the use of the Boy Scouts and other local groups,” reported E. E. Hunt, president of the Bonner County Boy Scout council. Other groups soon became involved and the project became community- wide in scope.

Local support for the building grew quickly. By early February the city had volunteered to create a relief program for the construction of the hall and application was made to the I.E.R.A. for the labor needed for the job. The building committee then launched a drive to raise $3600 in materials and money as the community’s share of the project. Most of the money came in small pledges and the effort was finally capped in May with a $1000 donation from the city. The county commissioners donated the lots across from the county courthouse.

Actual construction on the hall began in June 1935. Local architect H. L. Mount joy’s plans called for a building of peeled tamarack logs topped with a roof of hand-split shakes. The logs were secured from Humbird Company lands, apparently without charge. I.E.R.A. funds paid for the labor on the building, with the committee having to pay only for the foreman, A. E. Dimmitt. By late September the shell of the hall was done and work proceeding on shingling the roof.

At this point in the construction, however, the I.E.R.A. was phased out and replaced by the W.P.A. It was announced that the hall project would be continued under a W.P.A. setup but the actual changeover took months to complete. In the meanwhile, the new log hall stood boarded up for the winter.

By late February 1936 Jack O’Rourke, W.P.A. administrator for northern Idaho, announced that W.P.A. officials in Washington, D.C. had agreed to fund the rest of the Community Hall project. Funding was provided for labor and for the remainder of the building materials. The city added an additional $500 to cover the cost of the project foreman and skilled carpenters, and construction was underway again.

The Community Hall was finished by early June 1936 and was shown to the public during an open house on June 14. Three days later the grand dedication included speeches and entertainment by the Boy Scouts , Camp Fire Girls and the high school band, followed by dancing to the music of a local orchestra. Sandpoint could rejoice in the fulfillment of a community dream, although some debts remained to be paid on the $8000 building.” 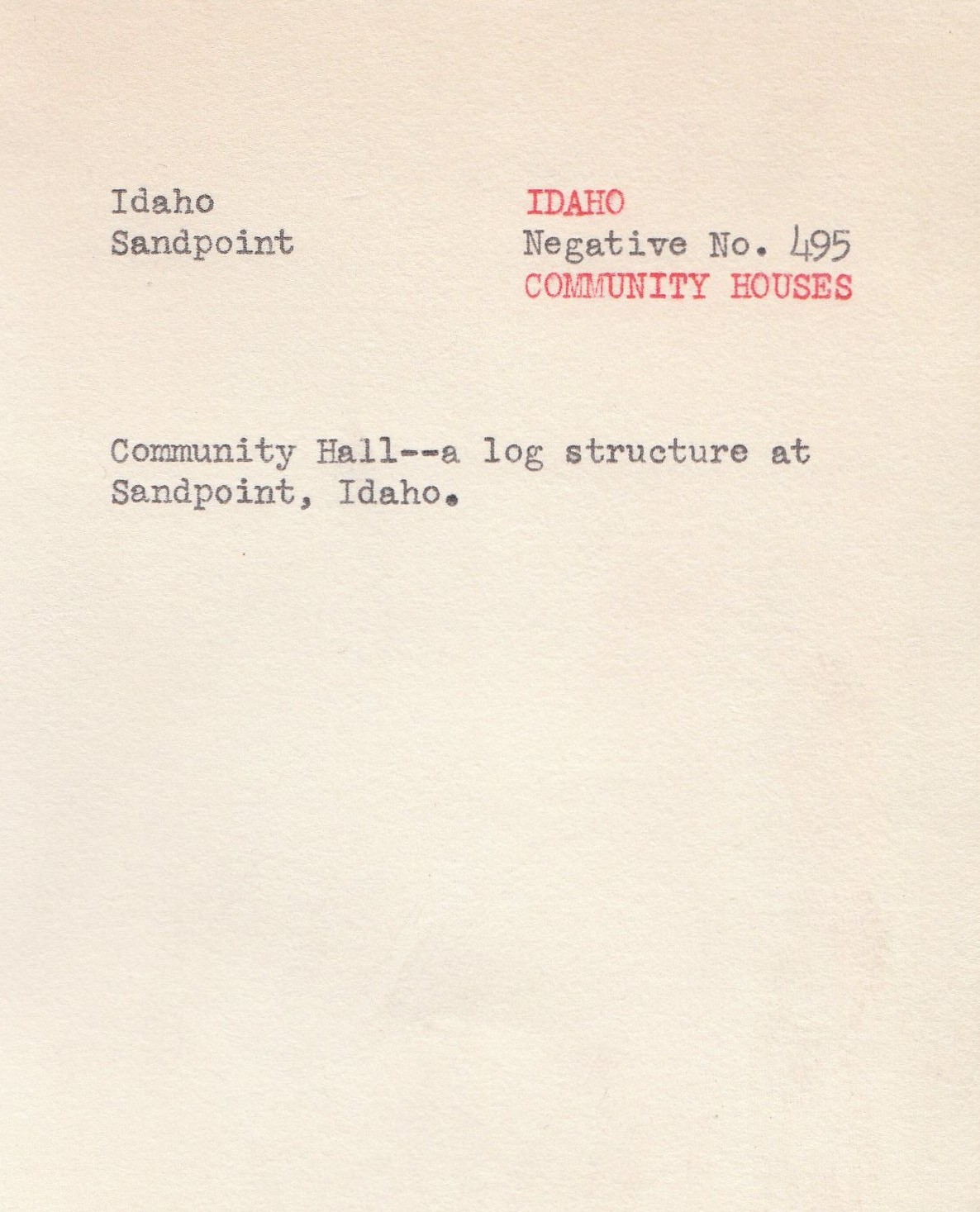