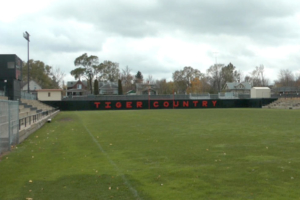 Clark field is an athletic field built in St. Cloud by the Work Projects Administration (WPA) and the National Youth Administration (NYA), set up for Technical High School by the principal at the time, Elizabeth Clark. When the field was dedicated in 1942, a program for the event deemed that they dedicated the field to Tech High. Dedicated to the school by the Grace McConnell property, although it was originally a pig farm. Built by students under the NYA and the WPA, it was finished in 1942 and named in honor of Elizabeth Clark.

The NYA was originally set up by Ms. Clark for students who needed a job and money. Students produced everything, anything from cleaning the school, to building classrooms. Saint Cloud became known as “A great Camp of the Unarmed Forces of the Untied States of America.” WPA and NYA workers had built more classrooms to expand the school. As for Clark Field, although no longer in use and closed in 2012 due to mold concerns, many sporting events were held there including football and baseball games. Other projects at Tech include a library, a second gymnasium, and a cafeteria. Employing over 40 men and young boys and using more than a thousand blocks of concrete. 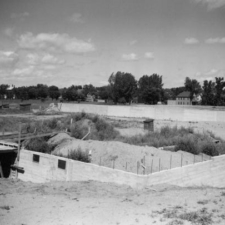 Project originally submitted by Fardowsa Gedi on May 18, 2022.