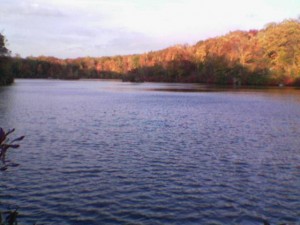 The Civilian Conservation Corps (CCC) worked to develop during the 1930s what is now known as Clarence Fahnestock Memorial State Park.

NYSParks.com: “The original core of land around and including Canopus Lake was developed through the use of the Civilian Conservation Corps (CCC) camps which were established in the park and began development of the picnic area and campground, comfort stations, bridle paths, shelters, roads, and dams at Pelton Pond, Canopus and Stillwater lakes.”