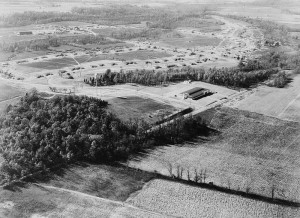 A cooperative community founded under the New Deal’s Resettlement Administration:

“The town of Roosevelt was established by the federal government—one of the many planned cooperative communities created under President Roosevelt’s New Deal during the Great Depression. Originally called Jersey Homesteads, the name was changed shortly after President Roosevelt’s death. Among these planned towns, Roosevelt was unique for three reasons: it consisted of a triple cooperative of industry, farm, and retail; the settlers were all Jewish garment workers from New York City; the flat roofed architecture and other features of the homes were inspired by the European Bauhaus movement. Another interesting, though not unique, feature of the town was that it incorporated the Garden City town planning model, providing ample green spaces within the town and a protective greenbelt surrounding it.

Between 1936 and 1938 a total of 200 housing units were built—a mix of single and attached, one and two story homes, all with distinctive flat roofs and oversized windows. Utilizing a roughly circular site plan, this small, then-isolated town sprang up amid the farms of southwestern Monmouth County about five miles from Hightstown in central New Jersey. The single most important person for bringing this town into existence was Benjamin Brown, a local farmer, businessman and Zionist. Princeton resident Albert Einstein also gave the town his political and moral support. The town is listed on the National Register of Historic Places, the only town in the state to be included in its entirety. In 2010, Roosevelt contained roughly 340 homes and apartments, three factories, and one commercial building. With nearly all of the surrounding greenbelt having been preserved as farmland, virtually no building lots remained.” 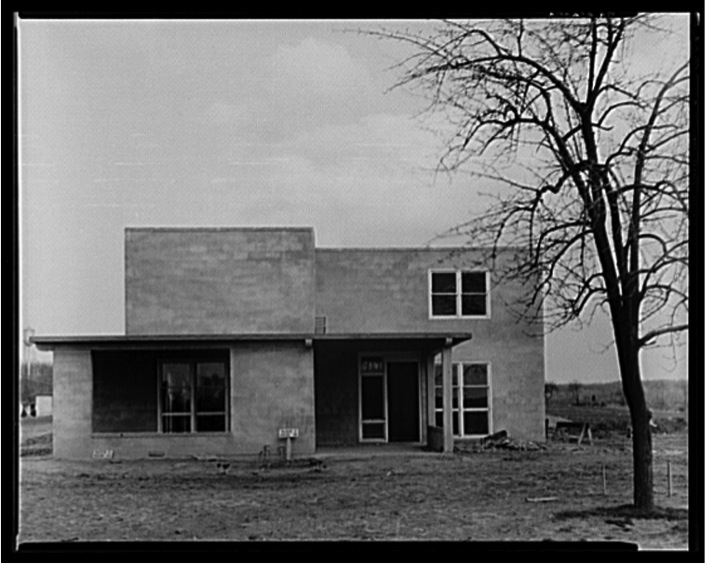 View all projects at Town of Roosevelt - Roosevelt NJ (5 Projects)