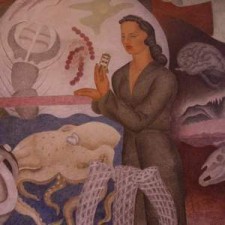 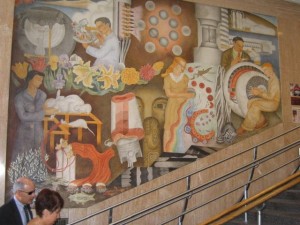 Two murals depict students engaged in scientific research. Muted earth tones and small brush strokes represent a range of endeavors in the sciences, such as viewing bacteria through a microscope, conducting field research, and excavating dinosaur remains. A restoration was completed in 2002 by CCSF faculty, staff, students, and an independent conservator, bringing these images close to their original state. 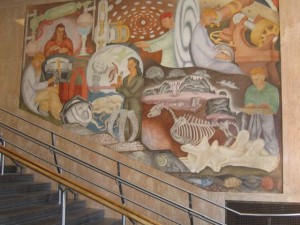 Frederick Olmsted (April 10, 1911-February 14, 1990) was born in San Francisco. The grandson of landscape architect Frederick Law Olmsted, Olmsted studied science at Stanford and art at the California School of Fine Arts. Olmsted worked in the WPA, assisting John Langley Howard and George Harris in the Coit Tower, creating his own mural on a three-foot panel above the main entrance. He also assisted Diego Rivera with his mural at the Art Institute in San Francisco.

More information can be found in this mini-documentary: http://gringostarr.com/index.php/portfolio/ccsf-main-campus-a-dream-realized/ 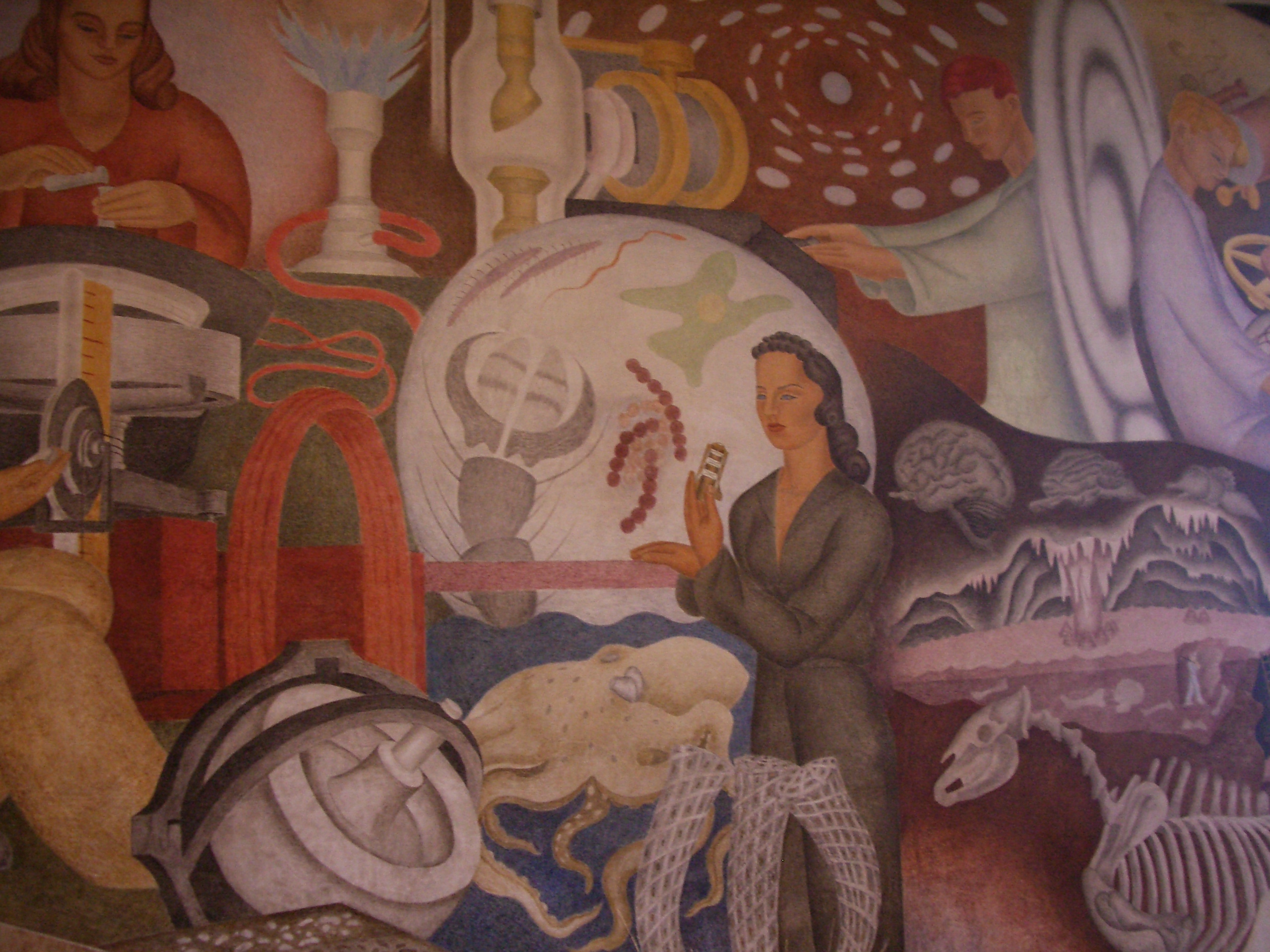