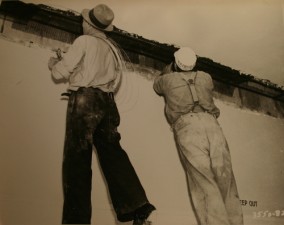 This building no longer exists. It was demolished along with the neighboring County Jail and Hall of Justice and replaced by the San Francisco Hilton.