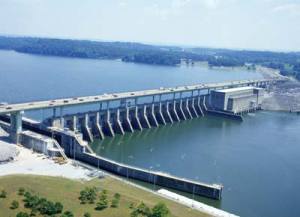 Chickamauga Dam is located on the Tennessee River in south-central Tennessee just east of downtown Chattanooga. Construction began in 1936 as a part of Tennessee Valley Authority’s area improvements and was completed in 1940. Before the dam’s construction, the city of Chattanooga often experienced major flooding.

The dam provides hydroelectric power to the area and creates Chickamauga Lake, which is used for recreation and a wildlife reserve. Two segregated recreation areas- Booker T. Washington State Park and Harrison Bay State Park- were also created with the construction of the dam and lake.

“When the Tennessee Valley Authority was formed in the mid-1930s, it assumed control of navigation and flood control operations in the Tennessee Valley. After extensive surveying, TVA chose the tip of Chickamauga Island over several other sites surveyed by the Army Corps in the vicinity. The Chickamauga project was authorized December 31, 1935, and dam construction began January 13, 1936.

Chickamauga Dam was completed and its gates closed on January 15, 1940, constructed at a cost of $42,065,000. The lock was placed into operation on February 26, 1940, and the first generator went online May 4, 1940. Two recreational areas— Booker T. Washington State Park and Harrison Bay State Park— were developed as segregated parks along Chickamauga Lake’s shores, with the former originally being for African-Americans and the latter originally being for Caucasians.” 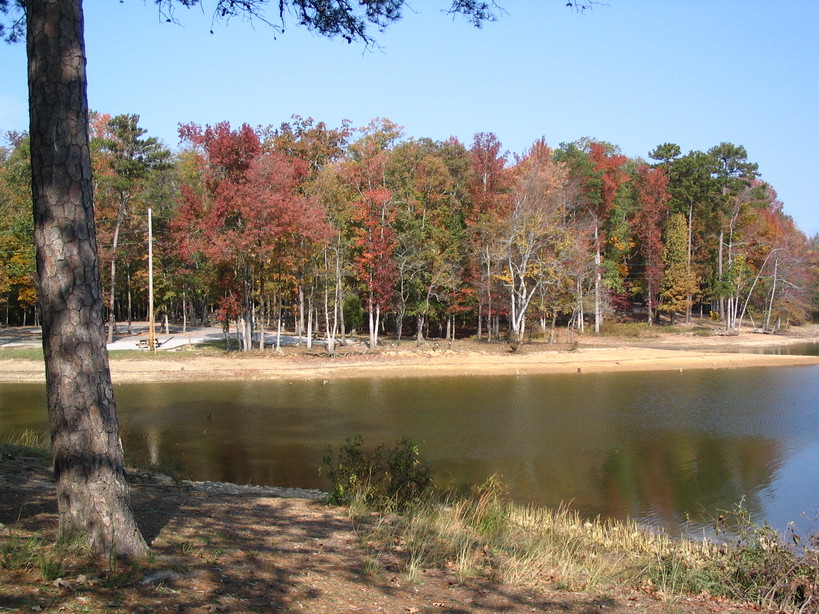