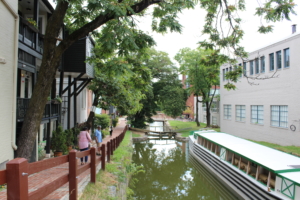 Under the New Deal, the defunct Chesapeake & Ohio (C&O) Canal was acquired by the federal government and restored from Georgetown in the District of Columbia (where it enters the Potomac River) to Seneca MD, a distance of 22 miles.  This lay the basis for the future C&O Canal National Historical Park.

The C&O canal, built between 1824 and 1850, is historically significant as one of the best preserved remnants of the great canal boom of the first half of the 19th century. Today, it functions as one of the major recreational assets of the greater Washington DC area.

The canal ceased commercial operation in 1924, following on a major Potomac River flood, and the C&O company went into receivership.  In 1938, the property was purchased for $2 million by the National Park Service (NPS), using funds provided by the Public Works Administration (PWA).  The PWA had raised the money through the sale of its bonds by the Reconstruction Finance Corporation (RFC). The largest shareholder in the canal, the B&O railroad, was encouraged to sell in exchange for a loan from the RFC while the sale was pending in the courts handling the bankruptcy.

Another $500,000 in PWA money went toward the canal’s rehabilitation by the Civilian Conservation Corps (CCC).  CCC work teams restored the first 22 miles of the canal to operating condition in 1939-40. That work went from the junction with the Potomac at the present Watergate Complex to the Violettes lock (#23) upriver near the hamlet of Seneca MD.

The CCC enrollees cleared and resurfaced the towpath, removed debris from the canal, repaired breaches in the levees caused by floods in 1924 and 1936, and put almost two dozen locks back in working order.  After floods damaged the canal in 1942, Congress funded further restoration, probably also by CCC workers.

This useful article on their work notes that segregation was the rule of the day, despite the CCC’s official non-discrimination policy. It fails to note that segregation was commonplace in Washington DC at the time, CCC camp segregation was usually demanded by nearby White communities, and that CCC did recruit Black supervisors and skilled workers later in the New Deal.

The C&O canal became a National Monument in 1961 and a National Historic Park in 1971.  This came after a public campaign led by Supreme Court Justice William O. Douglas, a leading advocate for the National Parks who had been appointed to the court by Franklin Roosevelt.

Major flooding in 1996 and lack of adequate funding for the NPS in recent times has led to the participation of the non-profit C&O Canal Trust and the volunteer C&O Canal Association to help the park service maintain the highly popular canal and towpath.  Boat tours have also resumed on stretches of the canal. 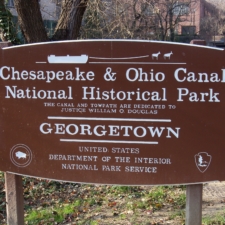 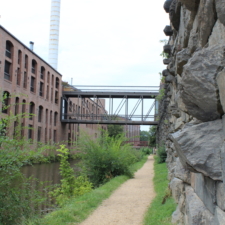 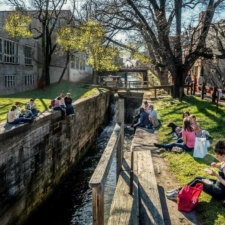 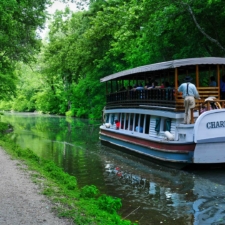 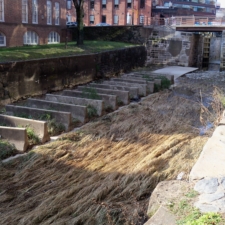 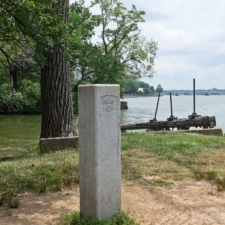 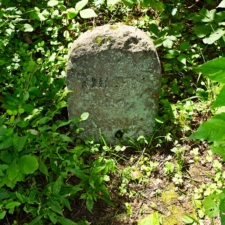 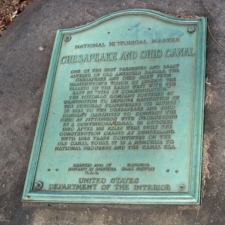 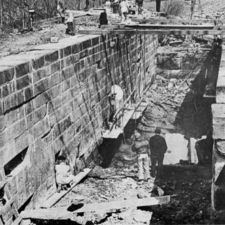 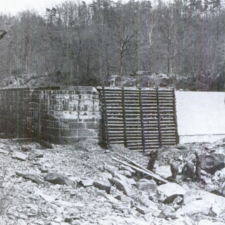 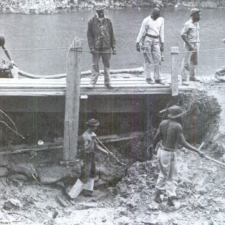 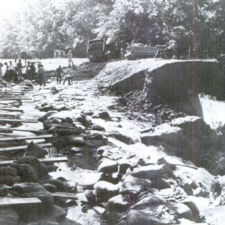 Location notes: Seneca is where CCC work on the canal ended