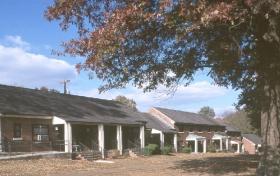 The Cheatham Place public housing complex was undertaken in Nashville, Tennessee  following the passage of the Housing Act of 1937 and establishment of the United States Housing Authority (USHA). The USHA worked in conjunction with the Public Works Administration (PWA) in providing funds for local housing development projects, two of which were the segregated communities of Cheatham Place and Andrew Jackson Court.

The Cheatham Place project was a Colonial Revival Style Community Building centered the 352 apartments of 2, 3, and 4 room units, located on 21 acres. The complex was constructed for white families, at a total cost of $2,000,000. Many features of the original complex remain and are in use.