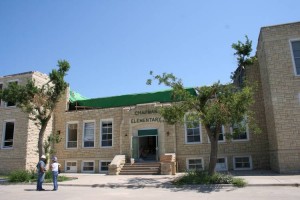 “Building has ahslar quarry-faced limestone walls laid in a random range. Dressed stone details include beltcourses and arched entry surround. The symmetrical facade has a 9-bay central block. At its center the castellated entry surround projects slightly from the building wall. Four-bay wings project in front of the central block. Modern 4/4 metal windows fill the original openings. A later gymnasium addition behind the original school has large blank walls…Damaged by tornado spring/summer 2008. Additions to school in 1952, 1959 and 1984. Original windows replaced recently. This school was constructed as an elementary and middle school in 1935. Construction of was funded in part by a $12,800 from the WPA. The total project cost was $45,000. It was designed by Murray & Cayton and built by R.B. White and Son (Junction City). A 1952 addition added four classrooms. The gym was remodeled into classroom space in 1959. A new gym was added in 1984” (Kansas Historical Society).

It is not clear if this building is still standing or not. 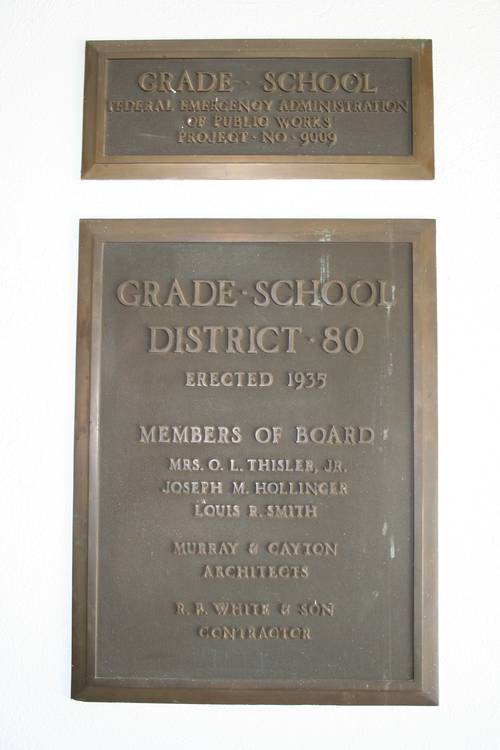