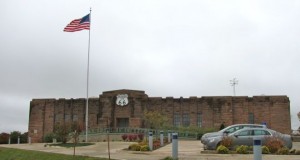 “Among the highlights of Chandler’s Route 66 landscape is the Chandler Armory, behind which stands the only brick outhouse in Oklahoma, thought to have been built between 1903 and 1912 and still containing its original French fixture.  The Chandler Armory is an excellent example of Works Progress Administration (WPA) architecture; it is rich with history. The armory is also significant as the home of Battery F, Second Battalion of the 160th Field Artillery of the Oklahoma National Guard, 45th Infantry division and for its role in helping the men of Battery F prepare for their role in World War II after mobilization in 1940.

Bryan W. Nolan, an architect and major in the National Guard, served as the supervising architect for the WPA armory construction program in Oklahoma.  Constructed of local sandstone, the armory’s recessed stonework and projecting pilasters give the building a vertical emphasis and an Art Deco influence. You’d never mistake the building for anything but a military installation. There are five big-truck-sized bays with overhead doors, and one section of the building is topped with those barrel vault roofs utilized by so many 1930s military structures.

The WPA built the Chandler Armory in two sections between 1935 and 1937. The eastern half of the building contains offices, locker rooms, truck bays, an ammunition vault, and classrooms. The other half is mostly drill hall. At one end of the hall is an elevated stage, and beneath the stage is a long, narrow rifle range.

Oklahoma is tornado country which may be why the armory was built so soundly. Not only are the walls made of sandstone, but the roof of the drill hall was constructed of half-inch cellutex insulation and five-ply built-up felt and asphalt laid on metal sheeting supported by steel trusses also.

All in all, the Chandler Armory is evidence of the intention and the success of the WPA program. It used native materials, served the public, and employed local workers. More than 250 men worked the local quarry to keep laborers at the jobsite supplied with material. Staggered crews of 14 men were employed on the jobsite, because the schedule provided as much employment as possible for workers in need of jobs. Workers dressed the stone and hoisted it into place by hand. The wooden floor of the drill hall required a great deal of hand labor, too. Workers cut more than 156,000 wood blocks on the jobsite and set them into place manually. During the Great Depression, the armory put Chandler to work.

When the job was finished in March of 1937, the community celebrated with a parade, a banquet, the laying of a cornerstone, an open house, and a dance with music provided by a WPA swing band from Okmulgee, Oklahoma.”

The building now houses the Chandler Route 66 Interpretive Center, a conference center and an exhibition hall. 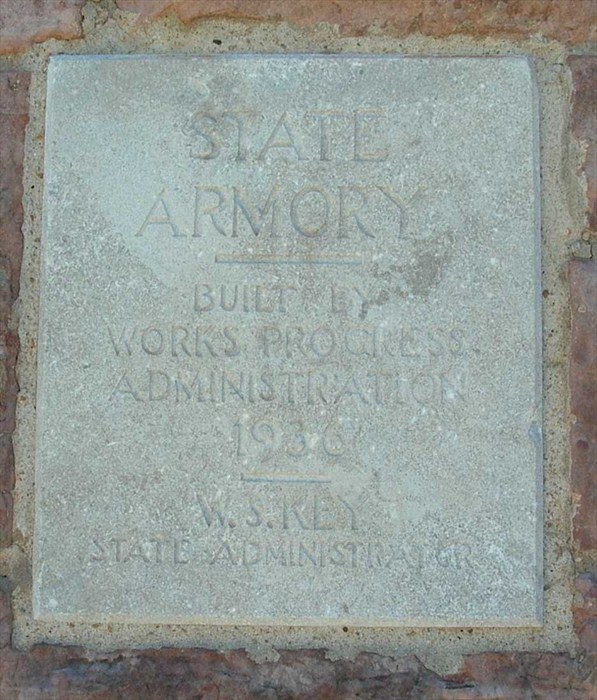 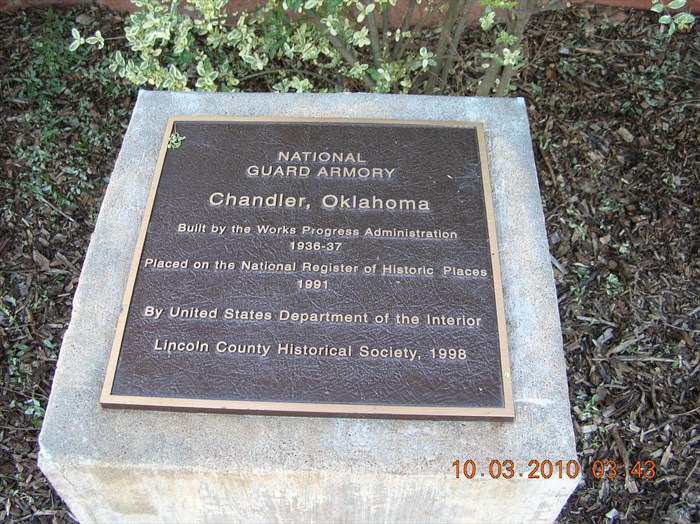 Project originally submitted by Brent McKee - wpatoday.org on May 23, 2013.