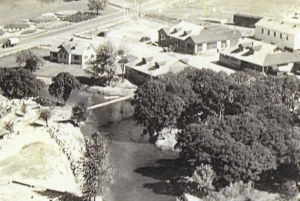 Currently the administrative center for the Oregon Department of Forestry, this site was first developed in 1936 as the maintenance camp for the Civilian Conservation Corps (CCC), which coordinated its activities with the State Forester’s Office.

From the first Civilian Conservation Corps camps in 1933 to their closure at the beginning of World War II, Oregon was second only to California in the number of camps west of the Mississippi.  Various state agencies supervised CCC work based on camp location and work program.

CCC workers began construction of the camp in April 1936, completing it by the end of the year. The CCC camp consisted of the administration office (now the Forest History Center), a machine shop for equipment repair, a warehouse for storage of supplies and equipment, and a barracks for approximately fifty CCC workers. Housing for the workers included a recreation hall, kitchen and dining room. Given the camp’s function as a maintenance and supply facility, it required fewer workers than the majority of CCC camps in Oregon.

With the outbreak of World War II, President Roosevelt directed that all CCC maintenance shops be turned over to the Army for military use. Salem’s CCC camp filled that purpose until the end of the war, when the State Forester’s Office gradually began to transform the CCC facilities to meet its needs. Ultimately, CCC buildings were replaced for administrative office space as required by the Oregon Department of Forestry. The CCC Administrative Office, used for the Keep Oregon Green program beginning in 1946, was relocated to the west side of Mill Creek in 2001. It now houses the Forest History Center’s archive. 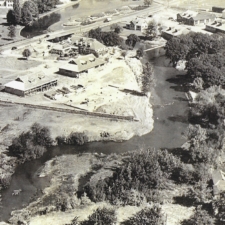 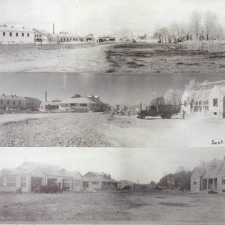