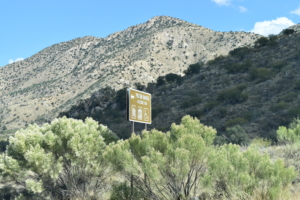 The Civilian Conservation Corps (CCC) was very active in the Coronado National Forest during the 1930s. Coronado National Forest is discontinuous across southeastern Arizona and southwestern New Mexico because the forested areas occur only on isolated mountain ranges called “Sky Islands” – a type of landscape similar to the Basin and Range in Nevada. Segments of the national forest are found in five counties: Cochise, Graham, Santa Cruz, Pima, and Pinal Counties in Arizona, and Hidalgo County in New Mexico.

Some of the works done by the CCC around Coronado National Forest in south-central Arizona are shown on other project pages.

Project originally submitted by Richard A Walker on November 18, 2019.

Location notes: This is a generalize marker for a scattered set of camps. With more information, we might specify the location of each camp.