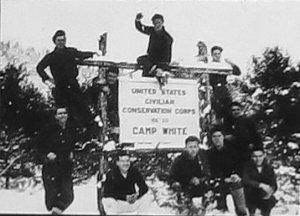 This camp was named for Alan C. White, who was a leader in the campaign to purchase the land that would become Peoples State Forest. The original site of Camp White is now used as a youth group camping area and the building site and camp roads are still visible. The camp had a tree nursery and built the Stone Museum as a natural interpretive center. The museum, nursery building, and camp office are still in use today. The “CCC Boys” in the camp:

Furthermore, “[t]hey made many trails, including a nature trail from Matthies Camp Ground through Ullman picnic area and a one-mile foot trail from Camp White to Tremendous Cliff in American Legion Forest.” 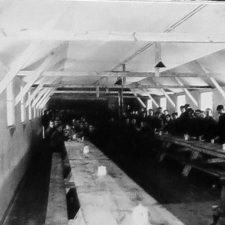 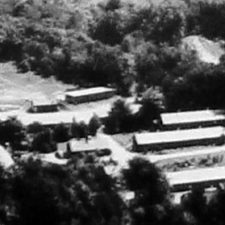