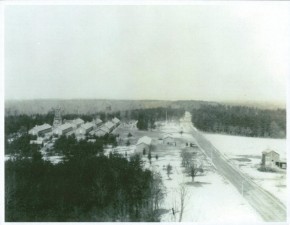 “Camp Recovery” was the first Civilian Conservation Corps camp in Prince William County, Virginia. The former site of the camp is located at the intersection of Dumfries Road (Virginia Highway 234) and Hoadly Road (Virginia Highway 642), where Coles District Volunteer Fire and Rescue Station is now located. Camp Recovery encompassed a tract of 400 acres between Dumfries Road on the west, Hoadly Road on the north, and Independence Drive on the east. This area nine miles south of the city of Manassas, Virginia describes the general boundary area of Camp Recovery and its associated structures, none of which remain today.

Following a land use agreement and acquisition between the Virginia Forest Service and the federal government, construction of what would become known as Camp Recovery commenced in October, 1933. The easement and right-of-way for 396 acres purchased from Ms. Jane Herrell’s land granted the construction and maintenance of a lookout fire tower to be used for detecting forest fires in the area. The Manassas Journal heralded the beginnings of the “Forest Camp at Canova” as front page news on Thursday, 19 October, 1933. The first enrollees arrived on October 15, 1933, and were thereafter accompanied by 80 officers and men establishing the camp as Company 299, 3rd Corps.[1]

Captain T.H. May was the commanding officer of Company 299, 3rd Corps, with Chief Forest Warden James Milton Russell from the Virginia State Forestry Department in charge of forestry work conducted by enrollees. Camp Recovery cost more than $30,000 to build using labor that did not exceed 75 cents per hour. By the end of 1934, all buildings were completed with the exception of the recreation hall. The newly finished Camp P-71 needed a more meaningful name and a cash price was awarded to one of over 150 suggestions received from camp enrollees. James P. Lilly of Barracks 3, Group 6 submitted the winning entry, “Camp Recovery”, an ode to the optimistic ideals fostered by President Franklin D. Roosevelt’s national program of public relief.[2]

By the end of 1934, 206 men from New York were stationed at Camp Recovery under the direction of the camp superintendent, four United States Army officers, and eight forestry foremen. From October 1933 through January 1934, Camp Recovery accomplished nearly all of its goals for fire control in the area. The following list of achievements was submitted by the camp superintendent:

“-Twenty-eight and one quarter miles of fire lanes

-Twenty-eight and one quarter miles of truck trails

-Ten acres of insect eradication and control in Fairfax County

-Roads repaired in and around camp site

As part of a state-mandated initiative for construction of 35 fire towers by various C.C.C. camps throughout Virginia, Camp P-71 was responsible for building two 100-foot towers of steel, one in Prince William County at Camp Recovery, and the other in neighboring Fairfax County. It is believed that the original fire tower from Camp Recovery was dismantled and removed to a location in South Carolina in 1988.

The wide-ranging duties required and tasks accomplished by enrollees at Camp Recovery are symbolic of the local and immediate impact of forest camps like P-71 not only in northern Virginia, but across the nation. Additionally, the payroll and subsistence allotment for the camp was over $10,000 per month, nearly all of which benefitted local businesses.[4] Following initial construction and development of Camp Recovery by Company 299, three other companies-no.1337,  no.1337 “Junior Company, Negro Camp”, and no.1332-performed work at the Camp.  The Civilian Conservation Corps ceased occupation of Camp Recovery on 5 May, 1937.

No buildings or structures from Camp Recovery remain. A memorial plaque to fire control efforts at the Camp is housed at the Coles District Volunteer and Fire Rescue Station. 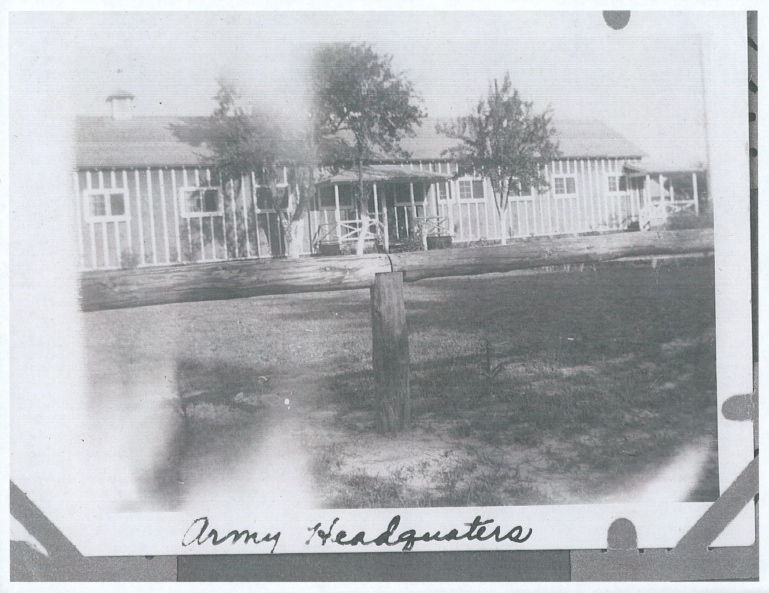 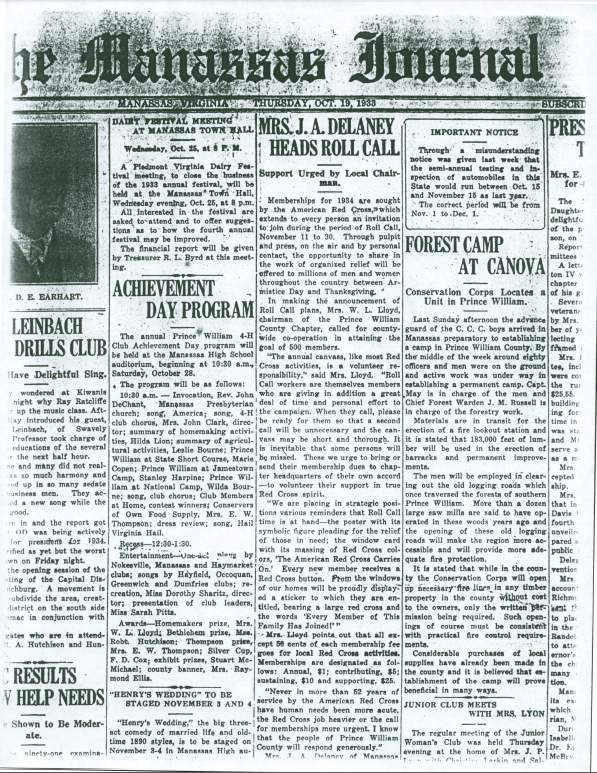 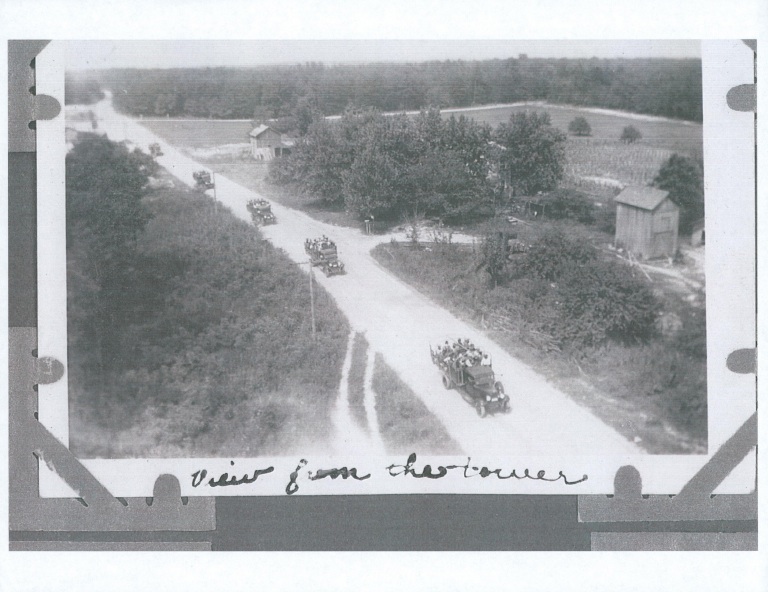 Location notes: The marker indicates the approximate site of the camp.