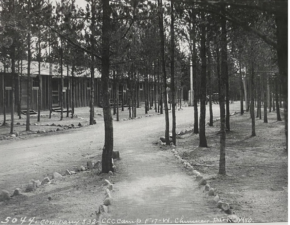 Some of the CCC enrollees went on to study forestry in college following their service. One sent a letter to the U.S. Senate that was cited in government discussions of deforestation in 1971 (“Statement of Hon. Teno Roncalio”).

Camp F-17-W operated continuously until July 20, 1942 and was one of the last CCC camps to close in Medicine Bow National Forest.