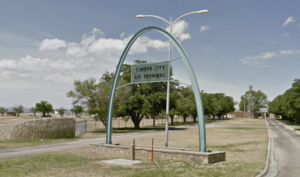 The WPA conducted two large-scale projects at the site: