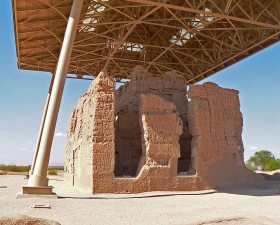 Casa Grande Ruins National Monument in Coolidge, Arizona, preserves an ancient Sonoran Desert people’s farming community and “Great House.”  One of the largest prehistoric structures ever built in North America, the purpose of the Casa Grande remains a mystery. Between 1937 and 1940 the CCC did extensive work in the area, including constructing a number of adobe park facilities. All of these structures remain in use today and are now listed on the National Register of Historic Places.

“[B]y 1937 the park still did not have a maintenance and storage facility. For this large building project of the 1930s, Park Superintendent Frank Pinkley obtained the services of the Civilian Conservation Corps (CCC). On November 16, 1937, a carpenter crew of twenty-four men and a foreman arrived at Casa Grande from the Chiricahua National Monument Civilian Conservation Corps Camp CNM-2-A to establish a fifty-man spike camp. Between that date and December 4, they built a barracks, messhall, washroom, storeroom, and a recreational hall in an area just southeast of the current maintenance facilities. The carpenter crew then departed for the main camp and was replaced by another group of CCC men who gave the finishing touches to their camp and then began preparation to construct the maintenance facility in an area south of the residential section.

Not all of the Civilian Conservation Corps enrollees worked in construction. During the time the camp was located at Casa Grande, two to four men were assigned each month to guide visitors through the ruins. Another one to two men were used as mimeograph operators and sometimes as clerk-typists in the Southwestern Monuments headquarters.

Since the architectural style for the new maintenance buildings copied the existing modified Pueblo style, these projects took thousands of adobe bricks. On December 14, 1937, the CCC crew began to prepare an adobe-making area and six days later produced their first adobe. By the end of June 1938 two structures had reached the point that only interior work remained to be done. At that time attention shifted to the erection of an oil house. The CCC concentrated on the oil house so that by November 1938 it was nearly completed. In September a wash rack was built on the south side of the oil house and a gas tank and pump were installed in front.

During May 1939 the CCC men constructed an adobe, modified Pueblo style checking station at the entrance to the monument…

The Casa Grande Civilian Conservation Corps spike camp was abandoned in February 1940 and the men returned to the main Chiricahua camp.” (nps.gov) 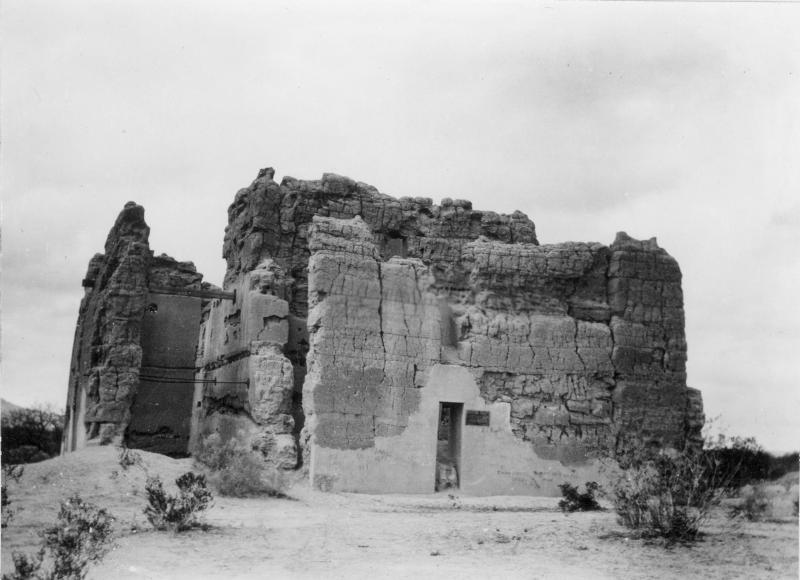 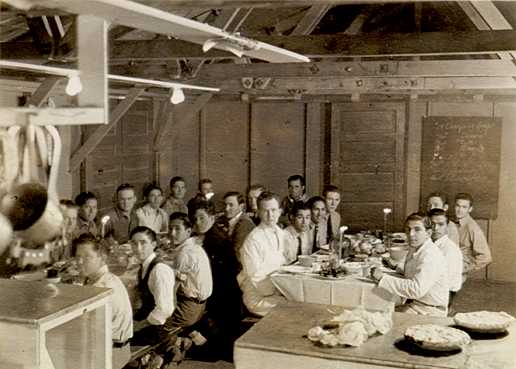 A close up view of the Big House