Camp Zigzag, near Zigzag OR in Clackamas County, was the chief Civilian Conservation Corps (CCC) camp in the Mount Hood National Forest, operating from 1933 to 1942 when the CCC was terminated.  Several of the CCC buildings are still in place and in use at the site, which is now one of four US Forest Service district Ranger Stations in the Mt. Hood NF.

Some of the buildings at Camp Zigzag predate the CCC, but most were built by CCC workers and are still standing and in use: the Ranger’s Office, Carpenter Shop, Bunkhouse Residence, Ranger’s Residence, Gas House, Fire Warehouse, Road and Trails Warehouse, and Road Warehouse.  There are also typical CCC rock walls around the site.  The visitor center is a newer structure.   More details on the structures are provided in Otis et al. 1986 (cited below). It is not clear which of two buildings are the Road Warehouse and Roads & Trail Warehouse (clarification needed).

CCC workers from Camp Zigzag carried out a variety of activities elsewhere around Mt Hood NF:

“Under the supervision of Project Superintendent Simeri Jarvi, 156 men worked daily on projects, constructing telephone lines, fire breaks, lookout houses and towers, roads, horse trails, and Forest Service buildings. Camp Zigzag’s sign shop was reported to have constructed, painted, and shipped out 805 signs for roads, trails, campgrounds, and general forest use. Wrecking stills, dredging channels, and making relief models of the Mount Hood Forest were described as less typical projects of the camp. Over a year’s time, 853 man-days had been spent fighting forest fires. Camp buildings were erected in the rigid style in 1933 and were electrically wired.

James Carr was appointed camp commander in March 1934. Eighty-one members of the 145-man company worked under Supervisor Mills constructing a 54-foot bridge, improving and widening the Zigzag River channel, felling snags, and constructing buildings at the Zigzag Ranger Station. Improvements made at the camp included sealing the barracks with Firtex, building lockers, and converting part of an unused room for educational use.

A handful of other CCC camps around Mt. Hood undertook many more improvement projects, such as the Columbia Gorge Ranger Station, lookout towers, campgrounds, bridges and more (these are not well specified in Otis et al. 1986 and need to be followed up on) 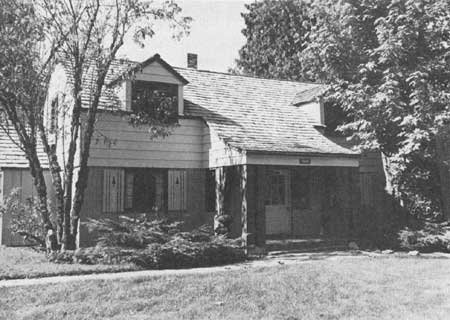