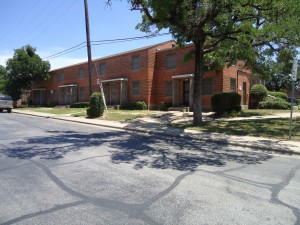 Butler Place Public Housing Complex in Fort Worth was built with U.S. Housing Authority funds in 1939-40 [thanks to contributor Patrick Potyondy for the correction]. It is still in use and was listed on the National Register of Historic Places in 2011. It was one of two New Deal housing projects in Fort Worth. Ripley Arnold was for whites and Butler Place was for blacks. Ripley Arnold has been demolished.

The National Register nomination describes the design and significance of the project:

“The Butler Place Public Housing Project was one of fifty‐two Public Works Administration low‐income housing projects built in the United States. The complex is significant for the manner in which its architectural design and site organization expressed the social ideals and planning standards of the period, in compliance with strict federal Public Housing Administration guidelines…

Modernist design principles stressed form and function, rejected superfluous ornamentation, and incorporated a philosophy of social change. Consequently, these principles were employed in some of the first federally funded public housing projects such as the Carl Mackley Houses in Philadelphia in 1935, and Cedar Springs Place in Dallas, which was constructed in 1937. Wiley G. Clarkson and associate architects also applied these modernist ideals at the Butler Place and Ripley Arnold housing projects in Fort Worth in 1939. Their organization to provide an open atmosphere of light and air also found inspiration in the Garden City Movement. According to Judith Johnson’s The Art of Architecture: Modernism in Memphis 1890–1980, these design principles were based upon the theory that a housing project is not merely a collection of dwelling units, but that it provides the basis for a way of life for its inhabitants within the planned framework of a neighborhood…

At Butler Place, the brick veneer buildings were designed in a stripped or minimalist adaptation of the Colonial Revival style, which was popular for domestic architecture in the United States in the early twentieth century.”

“In 1935, the Fort Worth Chamber of Commerce petitioned the Public Works Administration, a New Deal-era federal relief agency, to construct low-rent housing in the Chambers Hill district of Fort Worth.

The Chamber of Commerce’s 1935 petition failed. Not until 1938 would the city successfully secure funding for the construction of affordable housing in the Chambers Hill area.

As part of the Chamber of Commerce’s attempts in 1935 to secure federal housing assistance, real estate appraiser John Bostick & Company was asked to secure options for the purchase of 51.8 acres of property in the Chambers Hill area, including the parcels that would become Butler Place. When the Public Works Administration did not fund the Chamber of Commerce’s request for a housing project, the parcels were not purchased.”

The NRHP form goes on to indicate that the construction of Butler Place was conducted under the auspices of the USHA. 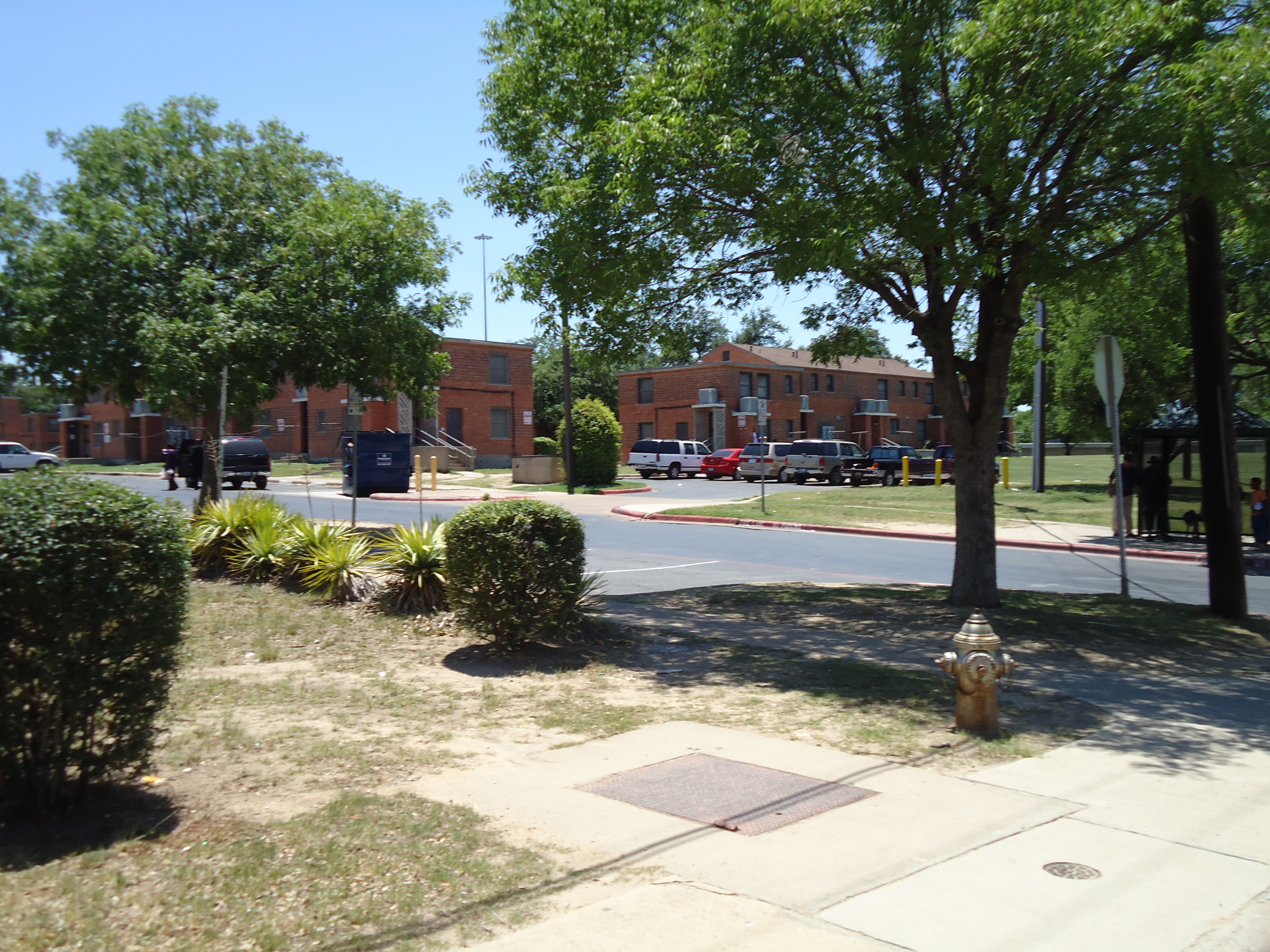 Location notes: There is no single address for Butler Housing, but it is focused around this point.