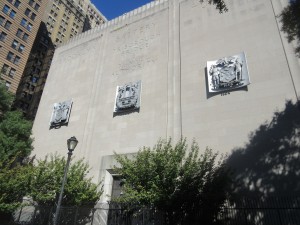 The Brooklyn-Battery Tunnel, officially known as the Hugh L. Carey Tunnel, runs under the East River to connect lower Manhattan to Brooklyn. The tunnel was begun in 1940 with PWA and Reconstruction Finance Corporation Funds, though it was not completed until until 1950:

“The total cost of the tunnel and the attendant roadways was $105 million. La Guardia knew the city was incapable of financing the project so he dunned the Reconstruction Finance Corporation chief Jesse Jones, a Houston millionaire and Roosevelt confidant, for the funding. La Guardia’s hopes of obtaining approval for government assistance were probably based in no small measure on his appointment of Jones’s cousin, Alfred B. Jones, to the Tunnel Authority board.

Himself an expert practitioner of political manipulation, Jones turned La Guardia away, saying New York City had already received more than its share of federal loan assistance. La Guardia then went hat in hand to Secretary of the Interior Harold Ickes, who ran the Public Works Administration (PWA). Again, La Guardia was told that his city had already received more than its fair share of federal grants. The PWA, said Ickes, would provide no more than $5 million in funds for any project. La Guardia did, however, receive permission to transfer $7 million from federal school and hospital construction funds for the tunnel project.

La Guardia, despite all his pleading and political guile, could muster only $12 million with which to build the tunnel, but this amount eventually persuaded Jones’s Reconstruction Finance Corporation to agree to purchase as much as $43 million in self-liquidating bonds in the project. Despite having $55 million in funding, the entire project was still $50 million short of what it needed, and La Guardia hungrily eyed the fat coffers of Moses’s Triborough Bridge Authority, a surplus that La Guardia could not legally require Moses to contribute.”   (https://www.fofweb.com)

The Brooklyn-Battery Tunnel is one of a triad of tunnels built by the New Deal to provide better traffic access to Manhattan from Brooklyn, New Jersey (The Lincoln Tunnel), Queens (Queens-Midtown Tunnel). 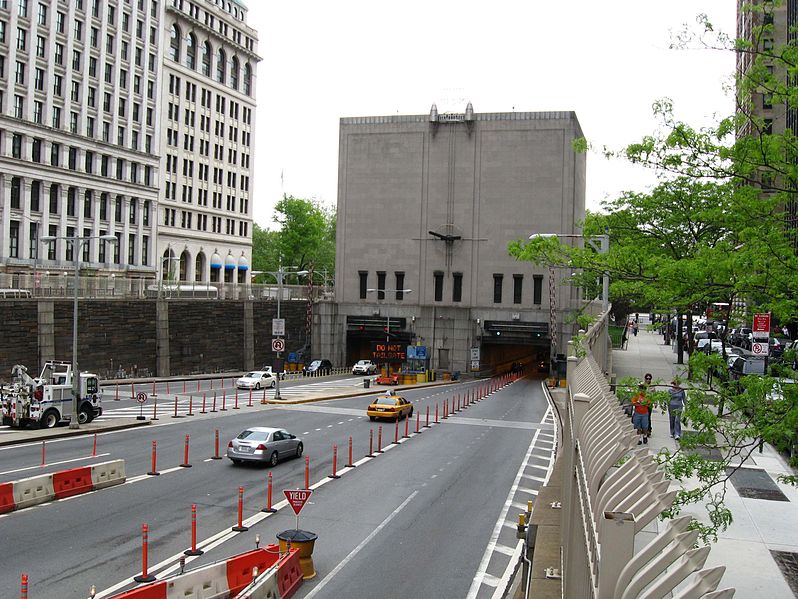