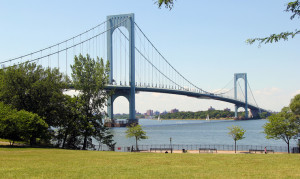 The Triborough Bridge is one of three major bridges, along with the Henry Hudson and the Bronx-Whitestone, built during the New Deal era to link the boroughs of Manhattan, Queens and the Bronx, and tie together the expanding highway system in and out of New York City.  Robert Moses was the master planner of New York from the 1920s to the 1920s, and one of Moses’ seats of power was the Triborough Bridge Authority, which built this and other bridges.

Moses used New Deal funds liberally to build the projects he had in mind for the city. But he did not get along with Franklin Roosevelt and made little effort to credit New Deal programs for all their aid to his plans.  Nevertheless, Living New Deal Research Associate Frank da Cruz makes a compelling argument that this bridge was built with New Deal funds, despite Moses’ attempts to suggest otherwise:

“The Whitestone bridge (as it’s called in the Bronx) connects Ferry Point Park in the Bronx with the Whitestone section of Queens, New York City. Robert Moses wanted to construct this bridge, as well as the Throgs Neck Bridge and to some extent the Triborough Bridge, to provide easy access from the mainland to Queens (which is on Long Island) for the 1939 World’s Fair and to the North Beach (now LaGuardia) Airport. The bridge was constructed in 1937-1939 and opened on the day before the World’s Fair.

The Whitestone Bridge and the Triborough Bridge were financed with complex shuffling of RFC, PWA, and private funds and the sale of bonds, some of them to the RFC and PWA, arrangements made by Robert Moses through his Triborough Bridge Authority that, to this day, are almost impossible to untangle. I don’t know about you, but trying understand the description in [1] of this three-card monte game makes my head spin. But let’s see what Moses himself has to say about it [2, pp.191-192]:

The Bronx-Whitestone Bridge opened on April 29, 1939. From its inception to its opening before schedule, it was a straight financing and construction job, relatively free from government red tape and obstructions. In 1937, when the Triborough Act was amended to provide refinancing and construction of the Bronx-Whitestone Bridge, Triborough 4 percent revenue bonds were offered to the general public through underwriters and promptly sold. The entire previous issue of $35 million of Tribourough bonds in the hands of the Reconstruction Finance Corporation was refunded, and a new total of $53 million was issued. The RFC received $28,536,000 in new bonds and a cash payment of 7 million. In the transaction the Federal government obtained a profit of $1,365,000.

To me, this says that he owed the government $35 million that he borrowed to build the Triborough Bridge, then he borrowed $53 million from investors and then paid $7 million of it to the government against his debt, and then borrowed another $28 million from the RFC by “repaying” them with more bonds, which left him with $74 million to pay for a bridge that would, in the end, cost under $20 million[3] to build. And left the government holding IOUs for $56 million!

As for labor, it is often said (e.g. in [4]) that only “contract labor” was used by Moses for building bridges, but the contractors themselves used relief labor, as Moses himself notes in [2, p.695].”   (http://kermitproject.org) 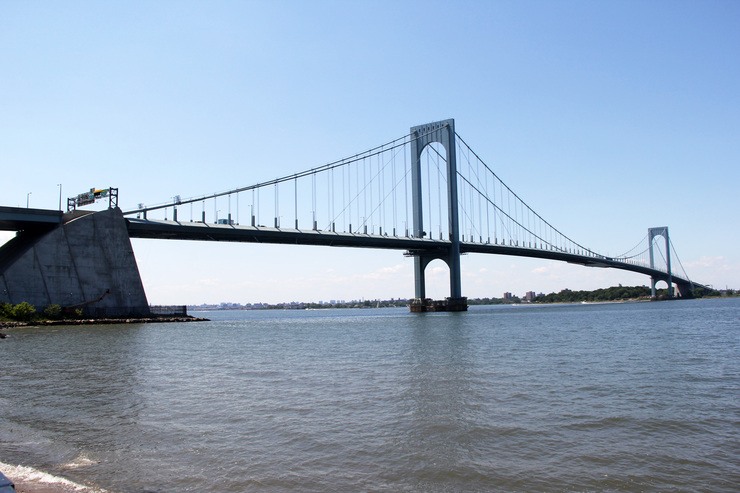 The Bronx-Whitestone Bridge, with the Manhattan skyline in the background. Seen from SUNY Maritime College. 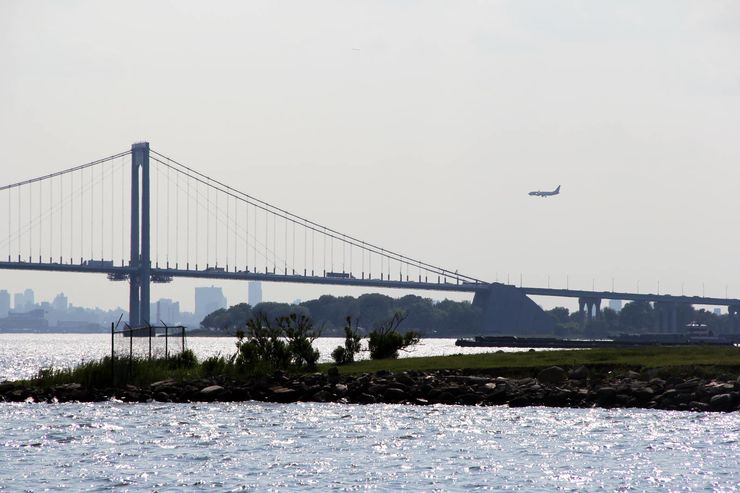 The Bronx end of the Bronx-Whitestone Bridge, seen from SUNY Maritime College, June 10, 2015, with an airliner about to land at LaGuardia Airport in Queens, which is another New Deal project. 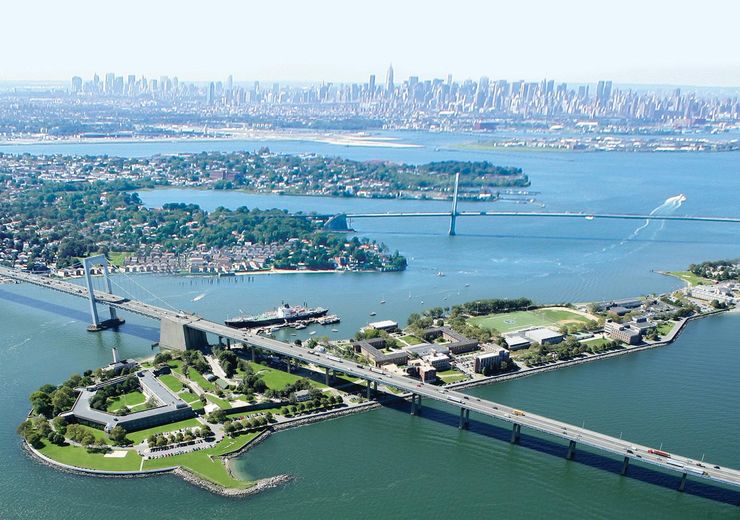