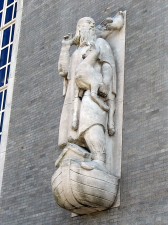 The Bronx General Post Office contains superb examples of New Deal art, added in 1938-39 under the Treasure Section of Fine Arts program.  Inside are 13 mural panels by Ben Shahn and his wife, Bernarda;  on the exterior wall, flanking the entrance, are  two limestone sculptures by Charles Rudy and Henry Kreis.  On the left, as one faces the building, is “Noah” by Rudy; on the right, “The Letter” by Kreis.

A Guide to Public Art in the Bronx from Lehman College has this to add:

” The awards, announced by the Treasury Department, were made unanimously by the judges, Paul Manship, Edward McCartan and Maurice Sterne, sculptors, and Thomas Harlan Ellett, architect of the Bronx Post Office. “Noah,” an unusual but appropriate symbol for a post office, is represented carrying a gazelle-type creature under his right arm. His head is turned toward the right as he gazes at the dove, symbol of peace, bearing the message that the flood had abated. The figure and its base are 13′ 4″ high, 8′ 4″ wide and 3′ deep. “The Letter” by Henry Kreis represents a mother and her child receiving a message. The mother in a strictly frontal pose reads the letter while the child, standing with 3/4 of her back toward the viewer, looks up at the woman. They stand firmly on an oval pedestal.”   (http://www.lehman.edu) 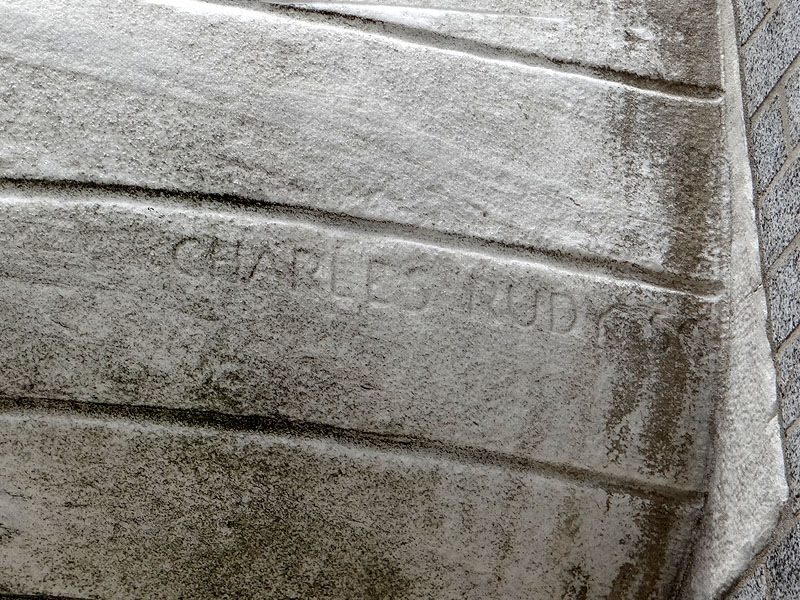