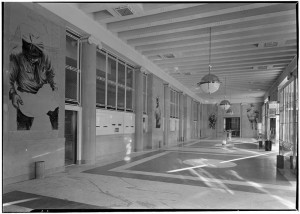 A Lehman College Guide to Public Art in the Bronx has this to say about the Shahn murals:

“In the fall of 1938 Ben Shahn, assisted by his wife Bernarda Bryson Shahn, began work on the cartoons for a major cycle of thirteen egg tempera on plaster frescos for the Bronx General Post Office. The project was created under the US Treasury Section of Painting and Sculpture, a new deal art program which produced public works in federal buildings nationwide from 1934 to 1943. During that time, the Federal Post Office commissioned murals and sculptures for over 1,100 post offices. The Shahns’ murals, collectively entitled Resources of America, illustrate the nobility of the American worker. The panels depict men and women throughout the country engaged in labor, from rural cotton and wheat fields to urban textile factories and steel mills. Hydroelectric dams and industrial blast furnaces complete the powerful imagery which symbolized 1930s America.

The Mural[s were] inspired by the Walt Whitman poem “I Hear America Singing.” The Shahns’ work fills the entire ground floor lobby. Verses from the poem as well as Walt Whitman himself are shown with the poet speaking to a crowd of people. The lines… were not, however, the lines Shahn had originally chosen for the mural. The original quotation … read ‘…to recast poems, churches, art … maybe their work is done – who knows…’ [This was]… vehemently denounced by a Jesuit professor at Fordham University. Shahn agreed to change the quotation to avoid drawing negative attention to the public arts programs and, some suggest, to avoid the possible destruction of his work, a fate suffered by Diego Rivera’s Rockefeller Center murals…”

The lines from Whitman are:

For we support all
Fuse All
After the rest is done
and gone we remain
There is no final
reliance but upon us
Democracy rests finally
upon us
(I my brethren begin it)
and our visions sweep
through eternity.

There are also two sculptures by Henry Kreis and Charles Rudy in front of the building. 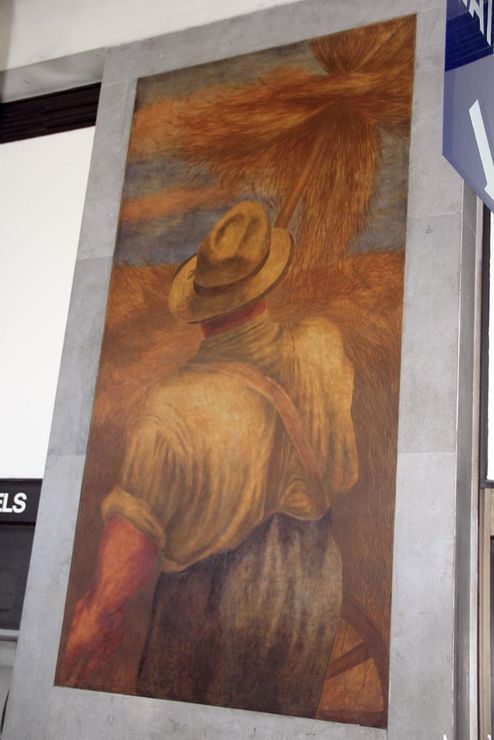 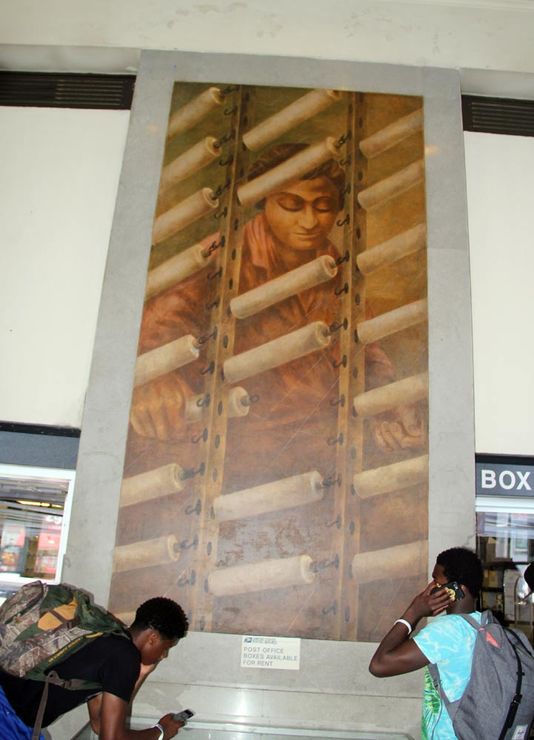 Mural by Ben and Bernarda Shahn depicting a textile worker.

Mural by Ben and Bernarda Shahn depicting a cotton picker. 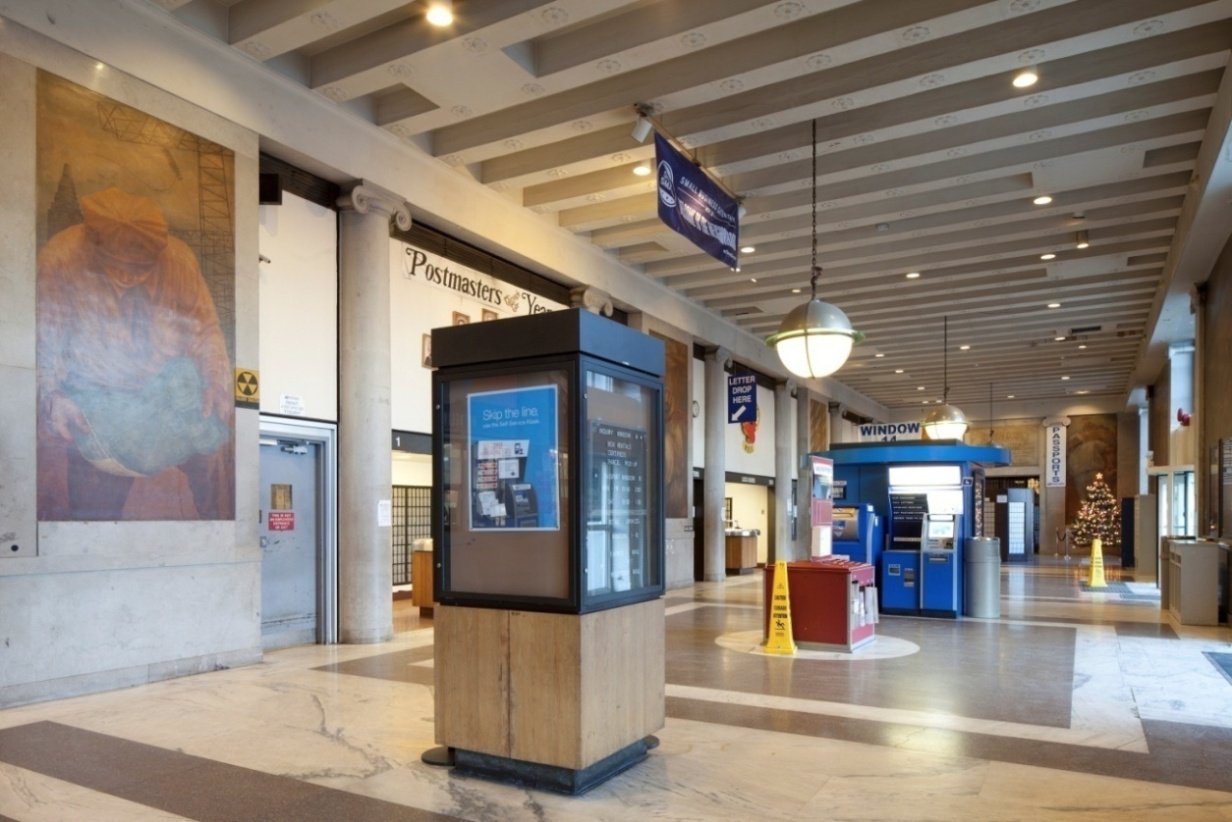