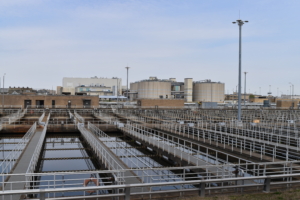 The New Deal was responsible for the original Blue Plains Disposal Plant at the southern end of the District of Columbia, as well as many miles of new sewer lines to collect Washington’s growing flow of waste water.  Up to that time, the city discharged millions of gallons of raw sewage directly into the Potomac River, which had become foul. The system and treatment facility have been greatly expanded over time, but the mark of the New Deal is still evident.

In 1934, the Washington Post reported that the Public Works Administration (PWA) had allotted $8,000,000 to Washington DC for the construction of a sewage disposal plant alongside the Potomac River.  Harold Ickes, U.S. Secretary of the Interior and PWA administrator, announced the allotment and declared: “This project will go a long way toward purifying the Potomac River, which is being ruined by pollution.”  At the time of the announcement, it was estimated that the project would take four years to complete and employ 670 men (Washington Post 1934).

The Washington, DC office of the Works Progress Administration (WPA) noted that the Work Division of the Federal Emergency Relief Administration (FERA) also contributed to the Blue Plains Disposal Plant. Along with building some  7,800 feet of sewers, FERA workers “performed certain preliminary ground preparation… on the site of the new $4,000,000 sewage treatment plant at Blue Plains” (WPA 1936).

Details on the construction of Blue Plains are scarce, but Short and Stanley-Brown (1939) write, “Completion of this sewage-disposal plant was the final step in the program of cleaning up the Potomac River front at Washington, and was much needed since the river is almost entirely lined with parks, and the discharge of untreated sewage into it had created an intolerable condition.  The project provides a low-lift pumping station which discharges effluent by gravity to the treatment plant.  The functions of the plant include primary screening, grit collection, grease and scum separation, sedimentation with treatment plant of sludge by the activated-sludge process, and sludge dewatering.  The buildings to house the machinery are of brick.  The pumping station is shown on the left and the power station on the right.” (see the side-by-side black & white photos below).

An overview diagram contained in Short and Stanley-Brown (p. 465, see photo gallery below) indicates that in addition to the pumping station and power station buildings, PWA funded an administrative building (used as a laboratory today), a substation building (next to the power plant/station), a sludge dewatering building, a gas holder facility, grit chambers, a meter vault, grease separating tanks, preliminary sedimentation tanks, sludge digestion tanks, elutriation tanks, an effluent conduit, and a fence around the entire facility.

The sludge dewatering building was demolished in the 1980s. Other than the pump house, laboratory building, meter vault building, and a handful of underground works, the PWA-funded structures have since been replaced.

Blue Plains employees are aware of the New Deal legacy at the plant and helpful in locating parts of the facility dating to the 1930s and early 1940s. A notable aspect of the present facility is the continuation of the architectural style of tile work begun with the New Deal buildings in the 1930s.

The present management of Blue Plains recognizes the revolutionary nature of its history: “Before 1937, wastewater flowed through the District in open sewers and discharged untreated to the nearest waterway… Sewage conveyance and treatment, and the sanitation they brought to the District, were heralded for public health, quality of life and economic benefits.  Blue Plains’ treatment provided the first barrier to protect the environment from wastewater generated by those living or working in the region” (District of Columbia Water and Sewer Authority pamphlet).

Today, the Blue Plains Advanced Wastewater Treatment Plant is a massive facility covering 160 acres and serves some 6 million people living in metropolitan Washington. It is one of the most advanced sewage treatment plants in the country and uses technology such as thermal hydrolysis to clean about 384 million gallons of wastewater per day. 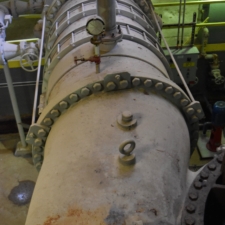 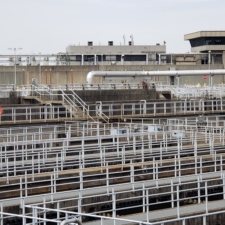 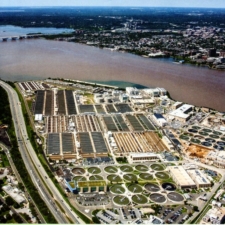 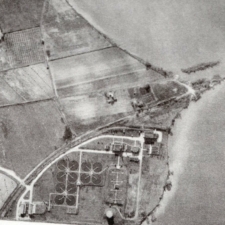 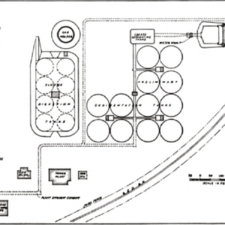 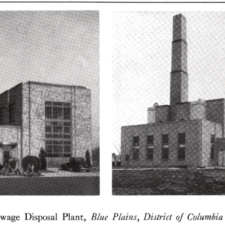 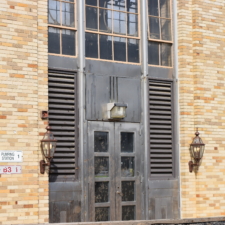 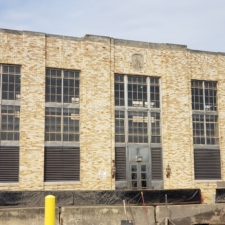 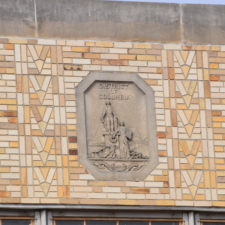 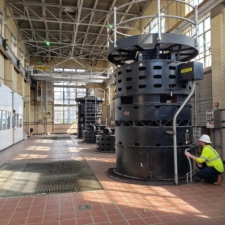 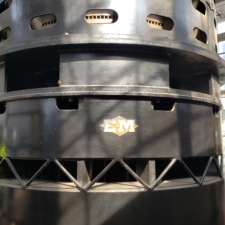 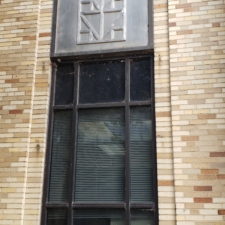 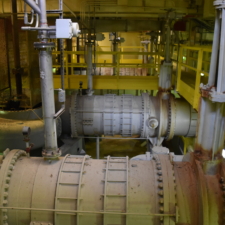 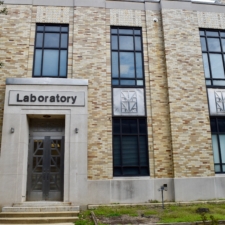 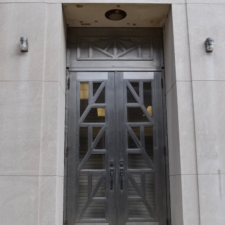 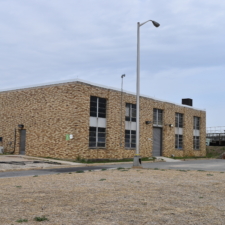 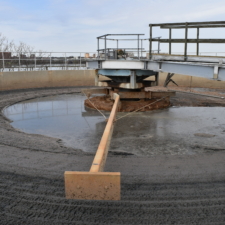 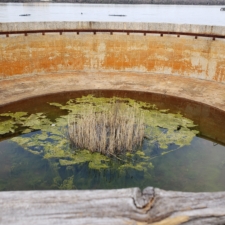 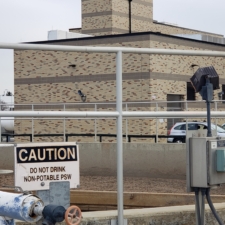 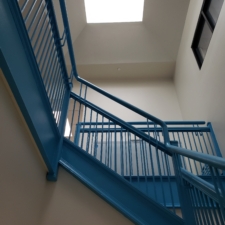 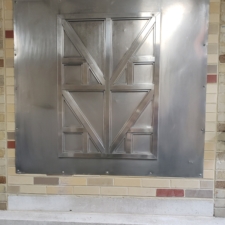