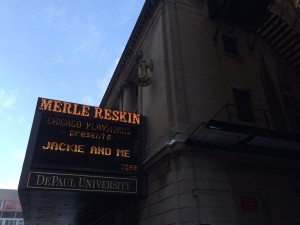 On March 8, 1936, The Chicago Daily Tribune  announced the arrival of The Federal Theatre Project (FTP) at two major theaters in Chicago: the Great Northern and the Blackstone. Over the life of the FTP, the Blackstone Theater was used for over twenty productions.

The Federal Theater Project was part of the Federal One program under the Works Progress Administration (WPA). The FTP put on public performance but did not normally engage in public works like the rest of the WPA.  Yet, prior to the FTPs acquisition of the Blackstone, it had fallen into a state of disrepair and needed renovations to be usable as both a rehearsal and performance space.

The FTP came under attack by the House Un-American Activities Committee of Congress under the notorious Rep. Dies of Texas. The FTPs final production at the Blackstone, As You Like It, was prematurely cut short when the project was unceremoniously shut down by Congress in July, 1939.