On October 31, 1935, the City of Austin accepted a grant from the Public Works Administration not to exceed $286,363 to cover 45% of the costs of building new schools, and making additions and repairs to existing schools. The voters of Austin also passed a $350,000 bond package to cover the city’s share of the costs. Becker Elementary School was one of the new schools built.

The student population increased rapidly to the point that there was a need for Becker Elementary School to be expanded. In 1939, the city approved an addition to the school, using part of an additional PWA grant to cover a portion of the costs.

Becker was designated a Recorded Texas Historic Landmark in 2007. Text on a historical marker at the school reads:
Herman Becker (1857-1933) operated a successful downtown café, and he bought part of the historic Bouldin homestead in south Austin in 1891. His son H.E. Becker and son-in-law P.A. Wilde, proprietors of the Becker Lumber Company, donated three acres of Bouldin land to the Austin Independent School District in 1935 for a new school site. The firm of Giesecke and Harris designed the building, which opened in October 1936. A new wing added three years later more than doubled the school’s size. The Art Deco style sections feature brick cladding with limestone columns, pilasters, belt courses and decorative insets, with contrasting materials emphasizing simple geometric forms. The campus includes several later additions. 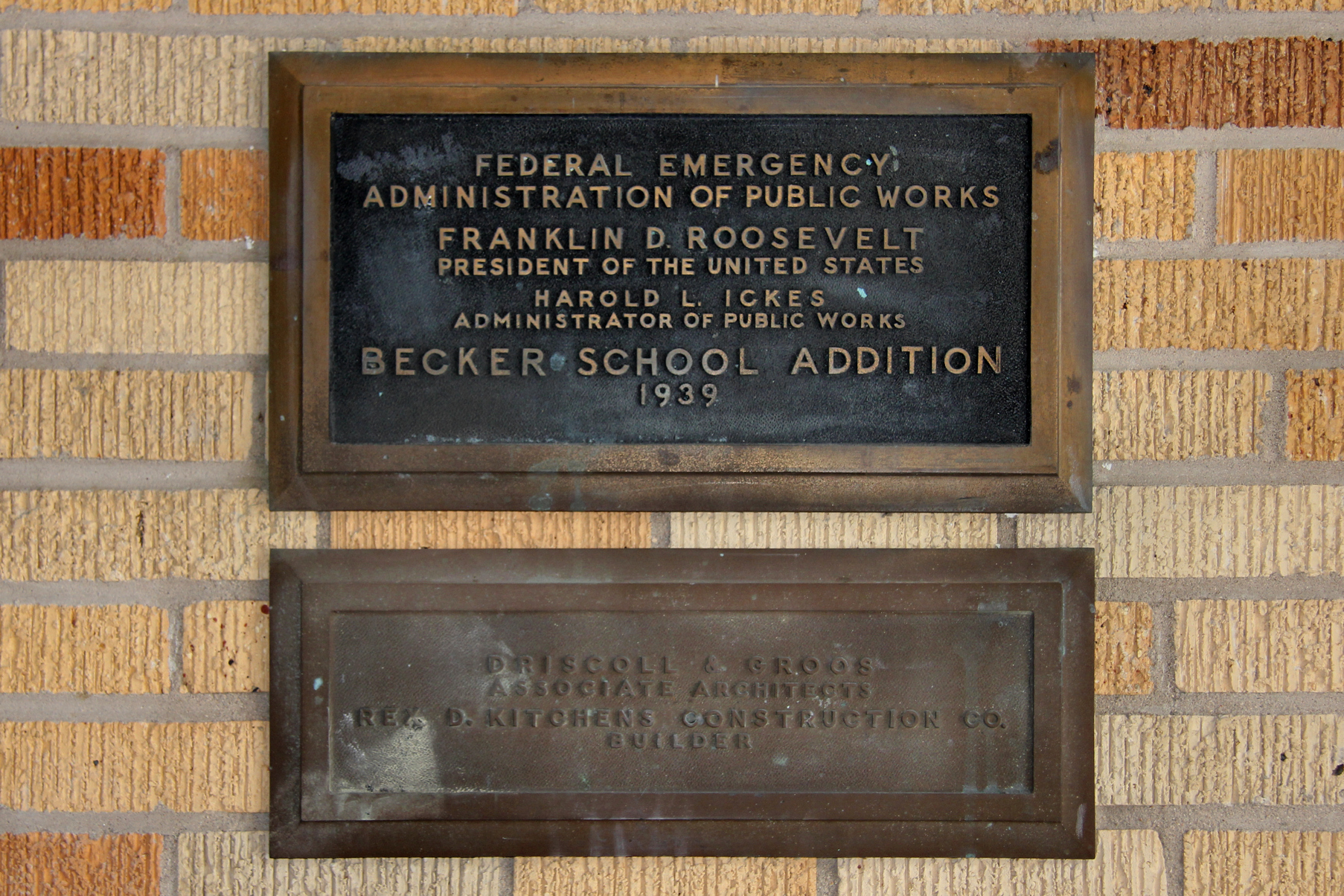