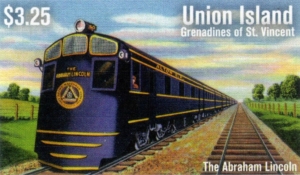 In 1934, the Public Works Administration (PWA) loaned the Baltimore & Ohio Railroad $900,000 for 16 streamlined cars, one diesel-electric locomotive [No. 50], and enough “… to rebuild a steam engine [the “Lady Baltimore”] to develop exceptionally high speed” (The Bangor Daily News, 1934).

The Lady Baltimore and a similar locomotive, the Lord Baltimore, were favorites of the train-watchers; then, “… there came a day in August 1935, when the watchers between New York and Washington saw a new and strange sight as the Royal Blue sped past their bewildered eyes. Instead of the sharp staccato blasts of the Lord Baltimore’s exhaust, they heard a deep, steady roar, and, as the train glided past, for a moment they could hardly believe what they saw. A new and strange type of motive power was on the head end. And that strange, 66-foot long, boxlike locomotive was Diesel Locomotive No. 50. History was being made! An epoch was born… Diesel Locomotive No. 50, of the B&O, was the first self-contained locomotive unit to go into road service in the United States… And few people dreamed that it would be the forerunner of the vast fleet of diesel locomotive that are now in service on the railroads of this country” (Sagle 1952).

The groundbreaking, PWA-funded No. 50 was built by Electro-Motive (a company that still makes diesel-electric locomotives) and initially pulled the B&O’s Royal Blue on the New York to D.C. line. But in 1936, it was assigned to the Alton Railroad (a subsidiary of the B&O) and began pulling the Abraham Lincoln train in the Illinois and Missouri area (the Royal Blue and the Abraham Lincoln were streamline trains that were also funded by the PWA – part of the B&O $900,000 allotment). In the latter part of its life in the 1950s, No. 50 served as a freight hauler. Today it’s on display at the National Museum of Transportation in St. Louis, Missouri.

B&O No. 50 is a stunning example of how the New Deal helped reinvigorate the railroad industry with $200 million in low-interest loans. Herbert H. Harwood (1990) notes the PWA’s financial assistance to the near-bankrupt B&O and explains what followed: “B&O would be the first to adopt virtually every new innovation which promised greater speed, passenger comfort, and convenience; and in the 1930s there were many. The decade thus was one of the most exciting in B&O’s history, indeed the entire industry’s history”. 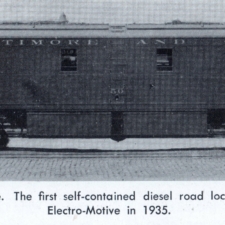 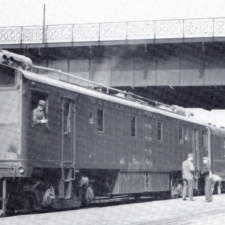 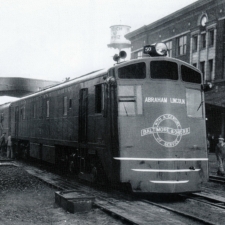 Project originally submitted by Brent McKee on May 22, 2022.