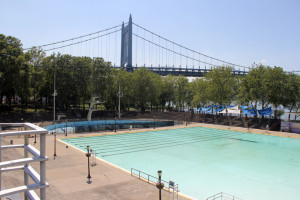 Astoria Pool and the adjoining diving pool, Triborough Bridge in the background.

Astoria Park  pool opened on July 2, 1936. It was the largest of the eleven WPA pools built throughout the city that year. It was the site of the Olympic swimming and diving trials for the 1936 Olympics, just as Randall’s Island Stadium was for track and field.

“Parks Commissioner Robert Moses, an avid swimmer himself, recognized the importance of aquatic recreation and launched a campaign to open eleven new pools throughout the city during the summer of 1936. The labor and construction came from the Works Progress Administration (WPA), whose administrator Harry Hopkins described the pool in Queens as, ‘The finest in the world.’ Astoria Pool was a model for the other ten pools. It has been said that Moses intended it to be the grandest of the new pools because it had the best view of the Triborough Bridge, which was completed in the same year.”
(http://www.nycgovparks.org)

“Unusual design and construction features have been incorporated into this project, which stands upon the site of a former earth bottomed wading pool. In the building: housing the toilets, showers and dressing room facilities large wall areas have been constructed of glass brick permitting a maximum diffusion of light into the interior of the building without sacrificing wall space for windows… The high diving tower, a very graceful, concrete shaft cantilevered to suspend out over the water, with platforms at the five, eight and ten meter elevations, represents new construction ideas.”

The New York City Parks website has a page on the history of the city’s public pools. It has this to say about the WPA pools:

“A new era in active recreation arrived in the 1930s and 1940s, when the Department of Parks assumed jurisdiction over the city’s bathhouses and harnessed Works Progress Administration labor to develop a series of outdoor pools for the city.

The WPA swimming pools were among the most remarkable public recreational facilities in the country, representing the forefront of design and technology in advanced filtration and chlorination systems. The influence of the pools extended throughout entire communities, attracting aspiring athletes and neighborhood children, and changing the way millions of New Yorkers spent their leisure time.

The eleven pools were opened within weeks of each other in the hot summer of 1936, bringing relief to thousands upon thousands of New Yorkers. Mayor Firorello La Guardia and Parks Commissioner Robert Moses attended packed dedication ceremonies that summer. At Thomas Jefferson Pool, more than 10,000 celebrated the opening, at which the Mayor said, ‘Here is something you can be proud of. It is the last word in engineering, hygiene, and construction that could be put into a pool.’

The pools were not just huge but also examples of state-of-the-art engineering and fine design. The planning team, led by architect Aymar Embury II and landscape architect Gilmore D. Clarke, produced a series of distinct complexes, each one sensitive to its site and topography.

Massive filtration systems, heating units, and even underwater lighting provided a more controlled bathing experience than the often treacherous and polluted waterfront currents in which the city’s masses had traditionally swam. The palette of building materials was mainly inexpensive brick, concrete, and cast stone, but the styles ranged from Romanesque Revival to Art Deco.

The WPA pools were designed to adapt to off-season uses such as paddle tennis, shuffleboard, volleyball, basketball, and handball. Wading pools were used as roller skating rinks, and indoor locker rooms and changing areas were adapted for boxing instruction and evening dance halls for teens.

With the notable exception of McCarren Pool in Greenpoint , the WPA-era pools were renovated in the 1980s.”

Hamilton Fish Pool, Manhattan: Opened June 24, 1936, Hamilton Fish Pool was so highly regarded that the US Olympic Team used it for practice sessions on their way to the 1952 Helsinki Games.

Betsy Head Pool, Brooklyn: Opened August 6, 1936, a pool at this Brownsville site dated to 1915 and was one of only two outdoor pools in the Parks system before 1936.

Highbridge Pool, Manhattan: Opened July 14, 1936, the pool literally occupies a significant spot in the city’s water-related past, sitting in the shadow of the historic Highbridge Water Tower on the site of the old Highbridge Reservoir.

Joseph H. Lyons Pool, Staten Island: Opened July 7, 1936, Mayor Fiorello LaGuardia summed up one of the main goals of the WPA pools, calling the facility ‘a monument to the progressive government which would not and could not see unemployed men on the breadline.’

McCarren Pool, Brooklyn: Opened July 31, 1936, Greenpoint’s McCarren Pool was designed to accommodate 6,800 bathers at a time and its bathhouse was the largest in the system, large enough to serve the thousands that used the pool daily.

Jackie Robinson Pool, Manhattan: Opened August 8, 1936 and originally known as ‘Colonial Park Pool,’ the facility was dedicated at an event featuring Bill Bojangles Robinson singing Battle Hymm of the Republic to a crowd of 25,000. 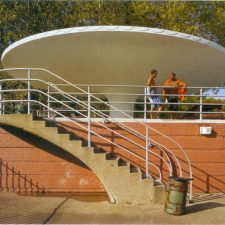 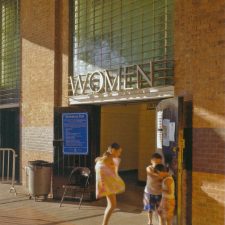 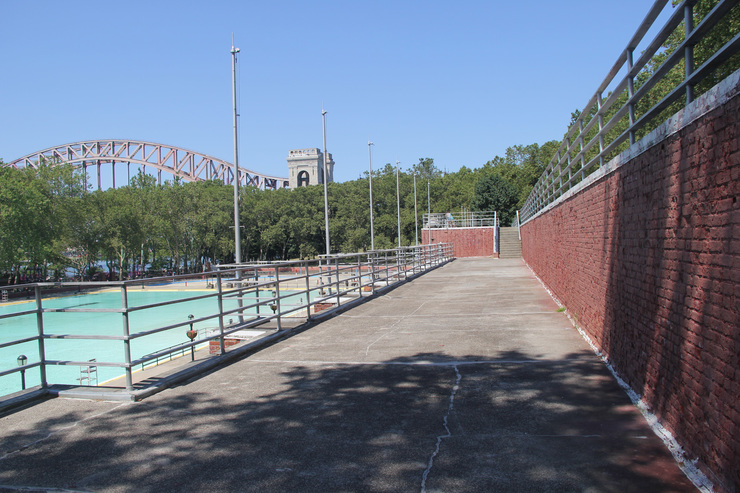 Hell Gate bridge in the background. 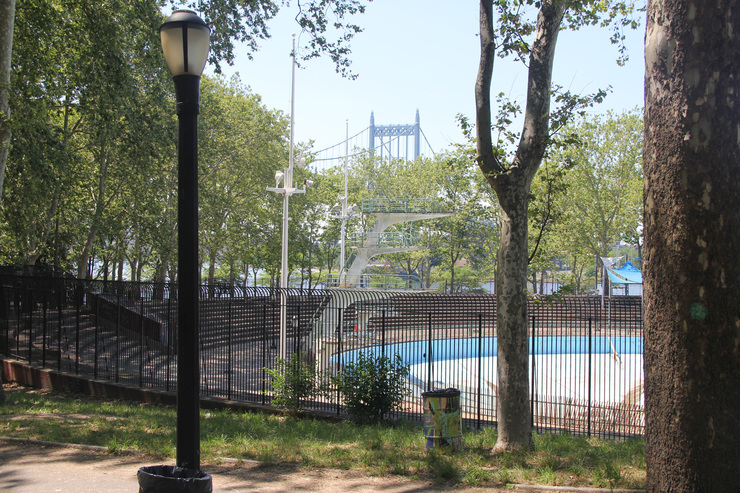 The diving platforms and pool at Astoria Pool, used for the 1936 Olympic trials. Note the concrete grandstand, hallmark of every WPA-constructed athletic venue. 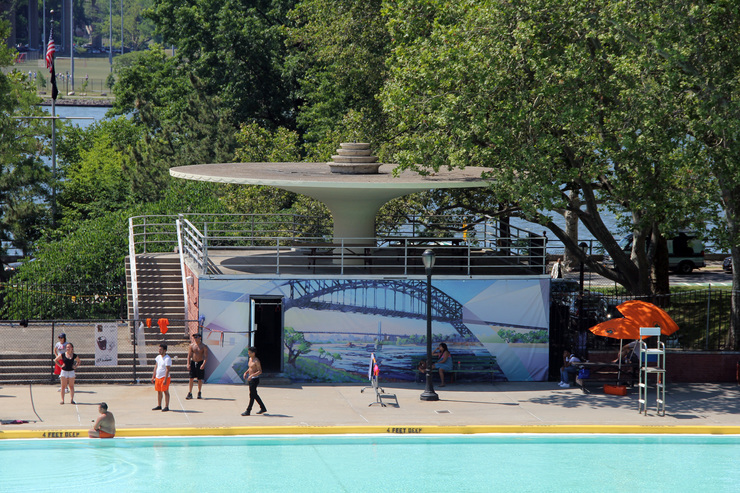 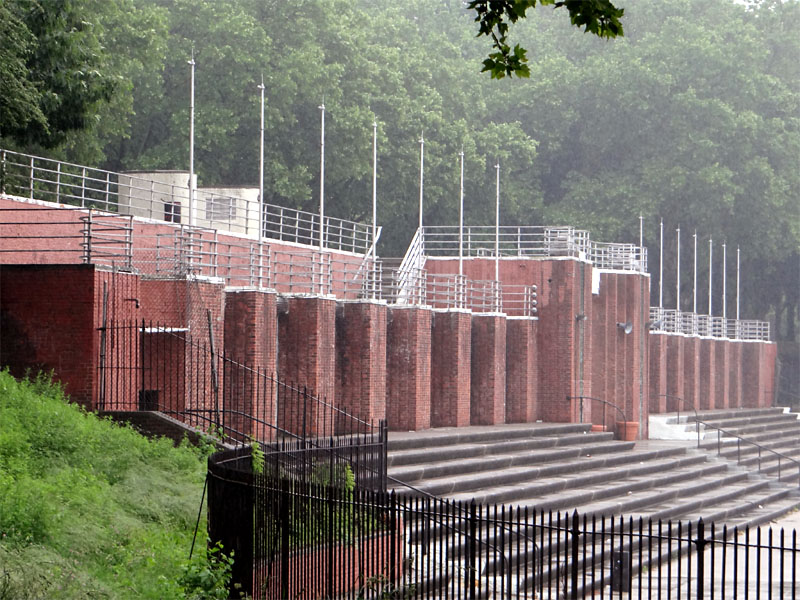 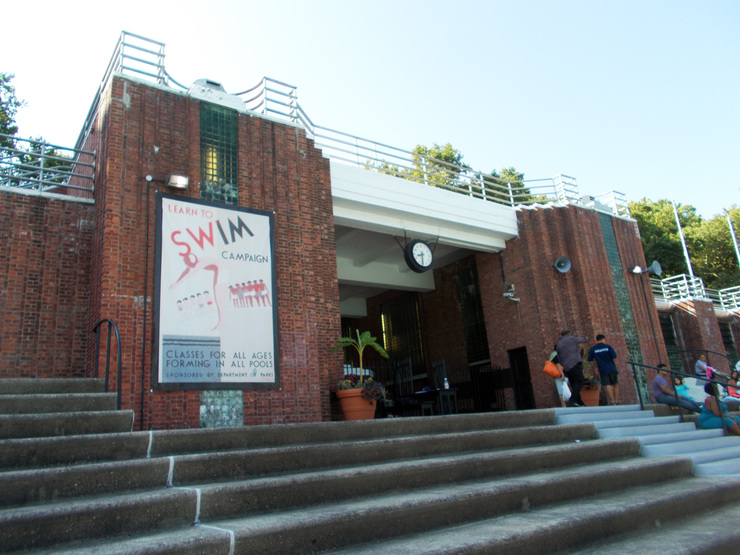 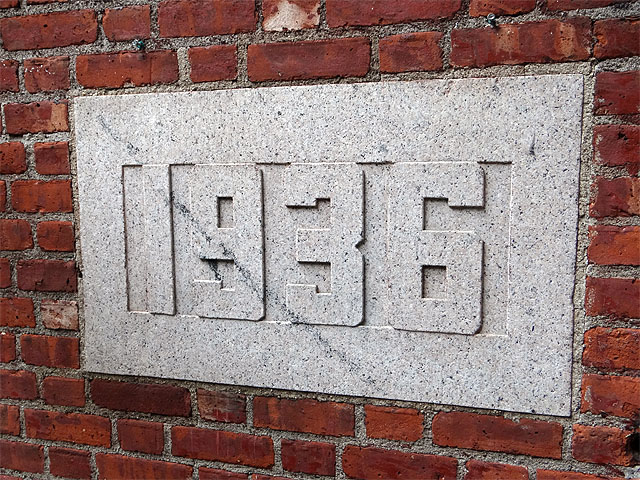 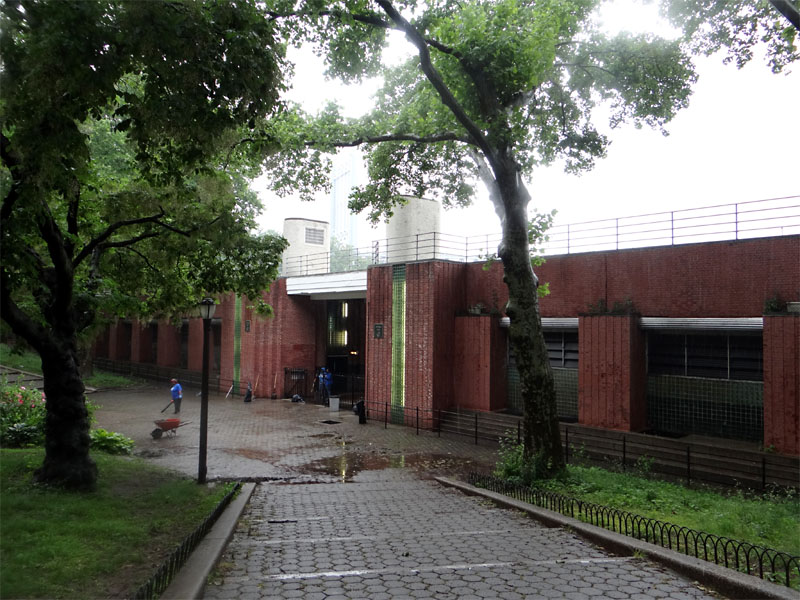 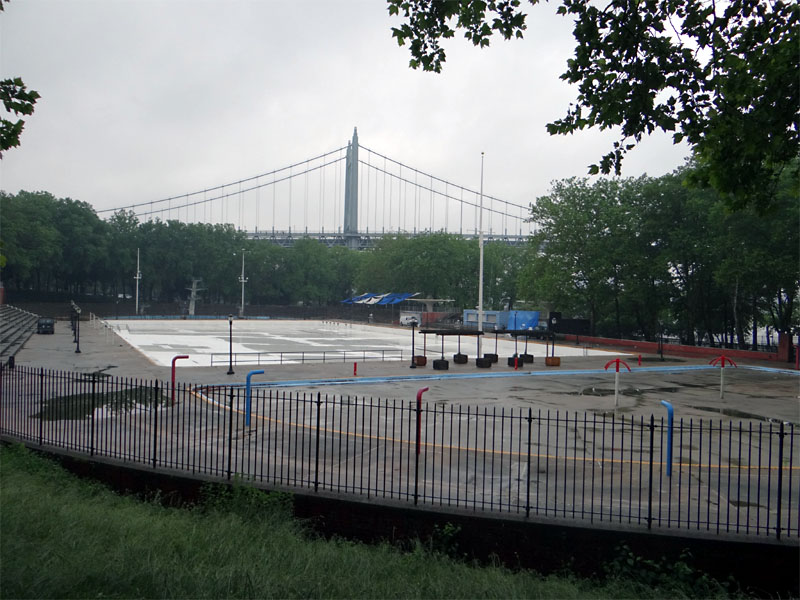 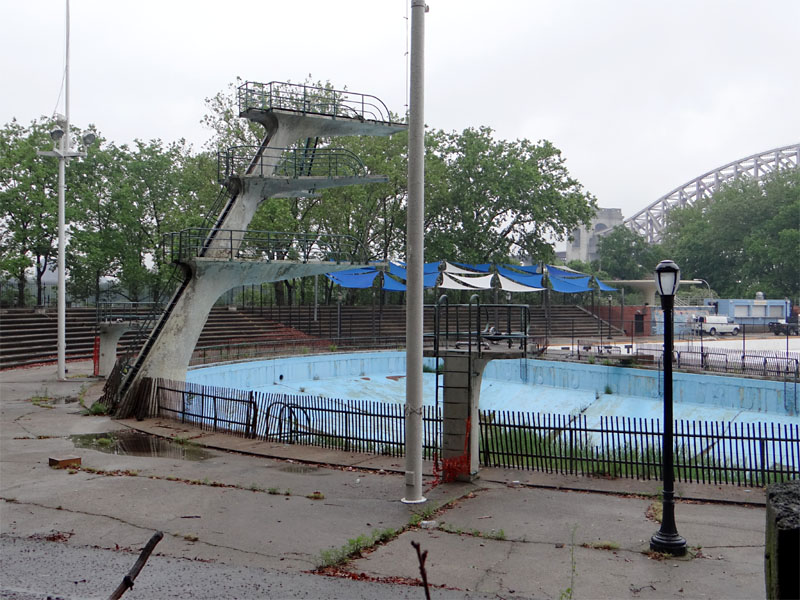 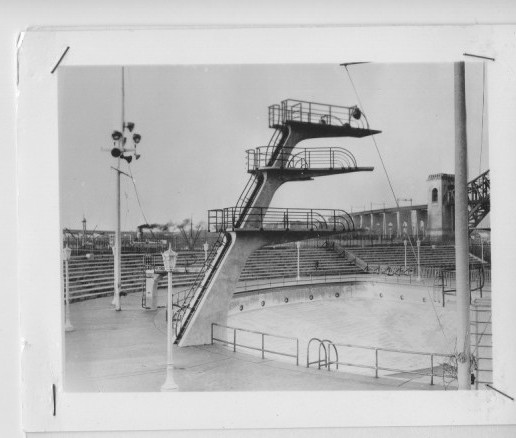 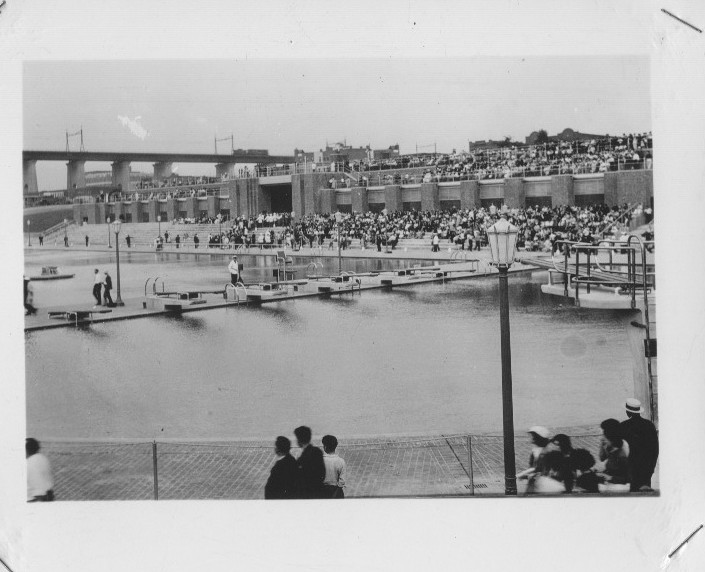