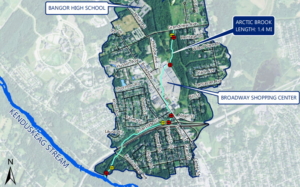 The Civil Works Administration (CWA) built the Artic Brook Sewer in Bangor ME.

According to earlier articles, during December, 169 men plus a foreman and blacksmith were employed on the project. A typical pay week would bring $2,153 to the men.

“ARTIC SEWER JOB BROUGHT CITY $50,000
More than $37,600 Spent For Labor on First CWA Project”
“Approximately $50,000 was spent on the Artic Brook sewer, the oldest CWA project, in point of months, in the city, according to figures obtained from officials of the project Wednesday afternoon. Work on this project stared Nov. 21, last, and continued until being discontinued temporarily May 1.

During the period that work was carried on, approximately 1,400 lineal feet of 30 inch reinforced concrete pipe and 1,000 feet of 36 inch reinforced pipe were installed. Completion of the work on this CWA project will conclude the work on the famous Arctic sewer, which formerly emptied into Arctic Brook at a point near Broadway, in the Little city area, and then functioned as an open sewer to carry the sewerage to the Kenduskeag stream.

Completion of this new sewer has taken the sewerage out of Artic Brook, and eliminated a dangerous menace to the health of the community, and a nuisance, especially during the summer months. The brook has been permitted to continue in its old bed, and was not incorporated as a part of the sewer itself.

Much blasting of rock was one of the engineering problems which delayed the work on this sewer. At the present time all of the pipe has been laid and much of the trench has been refilled, although some of the trench has not been completely re-filled.
Due to the extreme cold and the dangerous nature of the work on this project, major accidents numbered 13, including one fatality. There were also 19 other injuries, which were classified as minor — being merely cuts and bruises. Practically one-half of all the accidents occurring on Bangor projects occurred on the Arctic Brook sewer, and approximately one fourth of the minor injuries.

Major injuries on this project included one casualty, one frost-bite, three strained backs, three bruises from slipping on ice, one hernia, and two or three foot injuries. Most of the men were back on the job after a few days.” 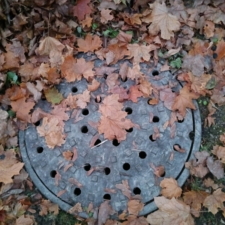 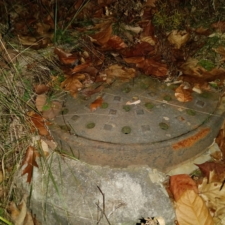 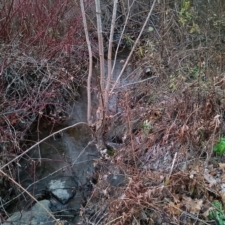 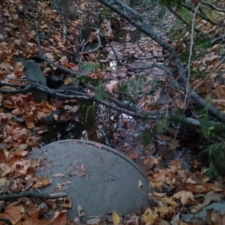