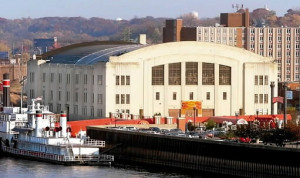 The historic Rock Island Armory was constructed with the assistance of federal Public Works Administration (PWA) funds between 1936 and 1937. The PWA supplied a $147,272 grant for the project, whose total cost was $359,626.

The structure was demolished in 2009; Schwiebert Park now occupies the former site of the building.