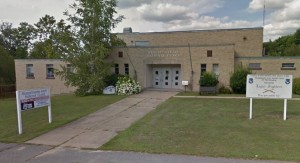 Gardner, Massachusetts’s former city hall building was converted into as constructed with the assistance of federal Public Works Administration (P.W.A.) funds. The building is still in service.into an armory with assistance from the Works Progress Administration (W.P.A.).