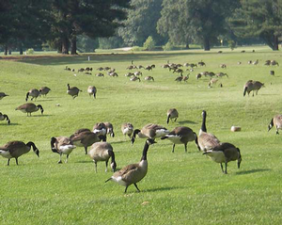 Anacostia Park is one of Washington DC’s largest recreation areas, covering over 1200 acres along the Anacostia River from South Capitol Street SE to the Maryland boundary in NE.  It is made up of several sections, and includes such major features as Kenilworth Park and Aquatic Gardens, Langston Golf Course and Anacostia Pool and Recreation center.

In 1936, Work: A Journal of Progress reported that WPA crews conducted over $42,000 worth of grading work.  Other WPA work may have included: “78 acres of vegetable cultivating at Anacostia Park, food to be distributed to needy; Grade, place topsoil, seed, plant grass on greens, construct greens and tees, and perform appurtenant work, at the golf course at Anacostia Park.” (WPA Microfilm)