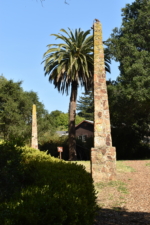 The New Deal made major improvements to the former Alvarado Park on the east side of Richmond CA, where Wildcat Creek tumbles out of the East Bay hills. Alvarado Park was transferred by the city of Richmond to the East Bay Regional Park District in 1985 and is now the “Alvarado Area” of Wildcat Canyon Park.
The park is known for its New Deal stonework, done chiefly by Italian immigrant masons, including a massive stone arch bridge across Wildcat Creek, stone light standards along roads and paths, and picnic facilities and stone stoves. The stonework is remarkable enough for the park to have been placed on the National Register of Historic Places in 1992.
The distinctive  stone lamp posts, featured here, were constructed by the Works Progress Administration (WPA) sometime between 1935 and 1939, probably 1938-39.  They are everywhere in the developed part of the park: near the entrance, by the bridge, along the wall around the main grass area, near the barbecue, and on the paths along the creek – deep in the overgrowth. The lights no longer work and the fixtures are missing on most of the posts.
Bainton (2014) includes the names of two of the Italian American stone masons: “Pete” Merlo (born Italy 1896) and Giuseppe “Joseph” Cozzo (born Sicily 1875 – died California 1955).
The park has gone through several stages of ownership, use and renovation. It began as a private recreation area called “Grand Canyon Park”, opened in 1909. A trolley line ran from Point Richmond to the site.  Some stone walls and paths remain from that time, but a wooden slide was taken out in the 1920s and a popular outdoor pavilion and dance hall (later converted to a roller skating rink) burned in the 1970s.
The City of Richmond bought the park in 1923 after it had fallen into disrepair and made several renovations. These included brush clearing, new retaining walls, paths and steps, and conversion of the pavilion to an enclosed two-story building. The city changed the name to Alvarado Park, which is still the everyday name used by locals. City Engineer, Edward Hoffman, oversaw improvements in this period and the subsequent New Deal era.
In the 1930s, New Deal agencies were called upon to further improve the park.  There is some confusion about which agencies were involved.  The Civil Works Administration (CWA) of 1933-34 did some work (Bainton 2014), but we have no specifics. Further improvements were carried out by the California State Emergency Relief Agency (SERA), which was funded by the Federal Emergency Relief Administration (FERA) to hire unemployed workers for public works in 1934-35 (Bainton 2014). Bainton mistakenly attributes all the improvements to SERA.
The Works Progress Administration (WPA) carried on the improvement work from 1935 to 1939. The bronze plaque on the site, installed when the park was designated a National Historic Site, says that “much of the work” was done by the WPA.  On the other hand, a historical plaque at the site makes no mention of the New Deal, referring only to “Depression-era projects.” Wikipedia is equally silent about the New Deal contribution.
We have located WPA project cards for Alvarado Park in the National Archives.  The first, from 1937, indicates the following work to be done:  “Make general improvements to Alvarado Park …  includes grading and graveling paths and table areas; grubbing out and spraying poison oak; landscaping; constructing barbecue stoves, with grates; constructing tables and benches; installing water pipe; constructing and installing lighting poles, with appurtenant wiring, luminaries, and other electrical equipment; performing other appurtenant and incidental work.”
The second card in 1938 renews the job instructions, probably because there was a serious pause in WPA work in 1937-38, so new funds were offered to complete what had been started: “Improve Alvarado and Mira Vista Parks in the City of Richmond, Contra Costa County, by building wall, constructing roadway, installing lighting fixtures, grading and surfacing paths, and performing other incidental and appurtenant work.”
The last stage of park development is as a part of the East Bay Regional Parks District (EBRPD).  After acquiring Alvarado Park, the EBRPD bought a large adjacent tract to add to Wildcat Canyon Park.  The District replaced old parking lots with grass, put in a restroom (on the former pavilion spot), upgraded picnic areas, added a children’s play area and repaired stonework, among other improvements.  The stone bridge has been closed to car traffic, Wildcat Creek has been restored and an old Wildcat Canyon Parkway removed and transformed into a trail. 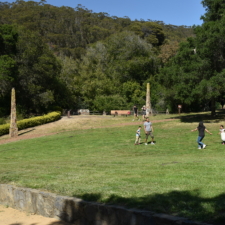 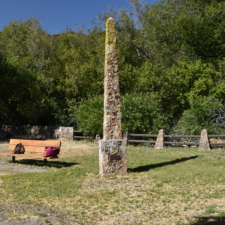 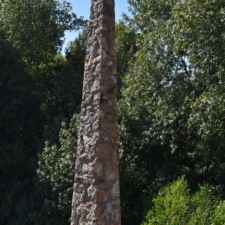 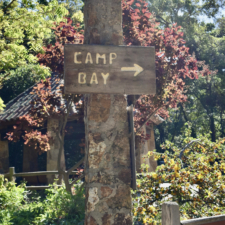 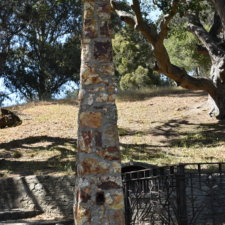 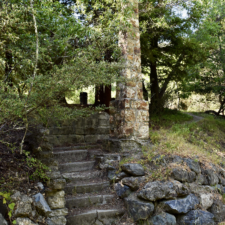 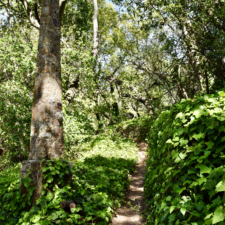 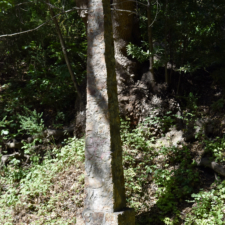 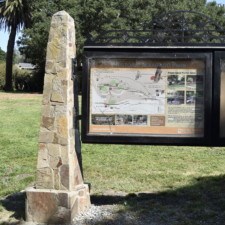 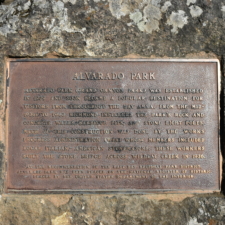