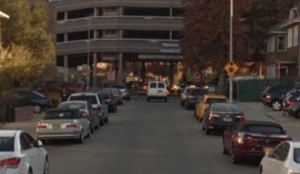 The federal Work Projects Administration undertook a large road repair project starting in 1935 in the borough of Queens. The streets, many of which in New York City were still unpaved, were repaired; particular emphasis was placed on fixing washout-damaged stretches of road. Holes were filled in and the streets were smoothed, surfaced and reconditioned. Roads improved as part of this project (WPA Official Project No. 65-97-9) included the stretch of 78th Street between Roosevelt Ave. and Broadway.

This stretch of road does not fully exist anymore (at least, not between 41st Ave. and Broadway) as a result of the development of Elmhurst Hospital.