Living New Deal Research Associate Charles Epting, a student at the University of Southern California, points out the five most prominent WPA projects in the City of Santa Monica for readers of the Santa Monica Mirror in this article.  They are the Santa Monica pier and airport, Santa Monica high school, murals in the city hall, and a statue at McKinley Elementary School.  As Charles notes, there are other New Deal sites not created by the WPA in the city, most notably the Santa Monica Post Office and City Hall itself.  Charles is also the author of The New Deal in Orange County. 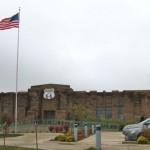 The Living New Deal got a nice mention on the Route 66 News website, which noted several New Deal sites along old Route 66 (when it was still one of America’s premier new highways spanning the Great West from Chicago to L.A.).  The author also correctly observed that there are several New Deal sites missing from our database and map, and did us the service of pointing people to our submissions page to fill in the gaps! 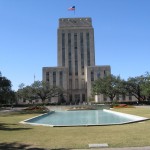 We are pleased to see that the Living New Deal got a mention in the Houston Chronicle recently!  Despite its reputation as the nation’s most privatized city, Houston actually has many New Deal public works and has invested heavily in public infrastructure recently, including some terrific museums, a light rail system and more.  Here’s the story.  We especially appreciate that the story includes 25 sites photos taken, in part, from the Living New Deal online archive.

p.s. It is not true that the Living New Deal has already mapped all New Deal sites, but we hope to make that claim some day!

We are delighted to see that Matthew Iglesias of Vox.com gave a glowing acknowledgement of the Living New Deal is his popular blog & twitter feed, under the heading:

See every New Deal project in America, in one map

He begins with this: “The Living New Deal Project at UC Berkeley has released an awesome interactive map showing every New Deal project in the country. Since the New Deal spanned from Alaska to Puerto Rico and Panama, you need a very wide view to take it all in.”   For the rest of the story, click here.

We won’t quibble with the slight exaggeration that the Living New Deal has already mapped ALL New Deal public works projects across the country, but that is our goal, and we are well on the way at 7,600 sites and counting… 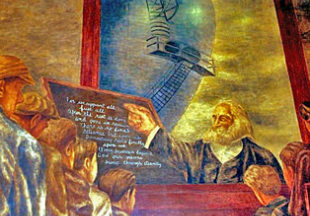 Gray Brechin’s article on the hasty sell-off of US post offices was the featured piece on Consortium News online on August 6th, 2014.  Brechin begins:

“In an earlier time, U.S. post offices were more than just places to mail letters. They were noble structures, symbols of democracy, stone-and-mortar testimony to the value of community. But many are now neglected and up for sale.  Who owns America’s post offices and their continent-spanning gallery of public art? The “as is” sale of the Bronx’s decaying central post office — and of so many other post offices recently sold or for sale — begs the question of Americans for whom those buildings were intended and for which they paid…”  To continue reading

Our traveling road show on the New Deal in California, led by Alex Tarr, Harvey Smith and Gray Brechin, got a nice reception in Long Beach on May 29th, 2014 at the beautiful  Long Beach Museum of Art, housed in a former craftsman mansion on the coast. The turnout was good, thanks  to the work of the museum staff and the publicity provided by this article in the Long Beach Press-Telegram. 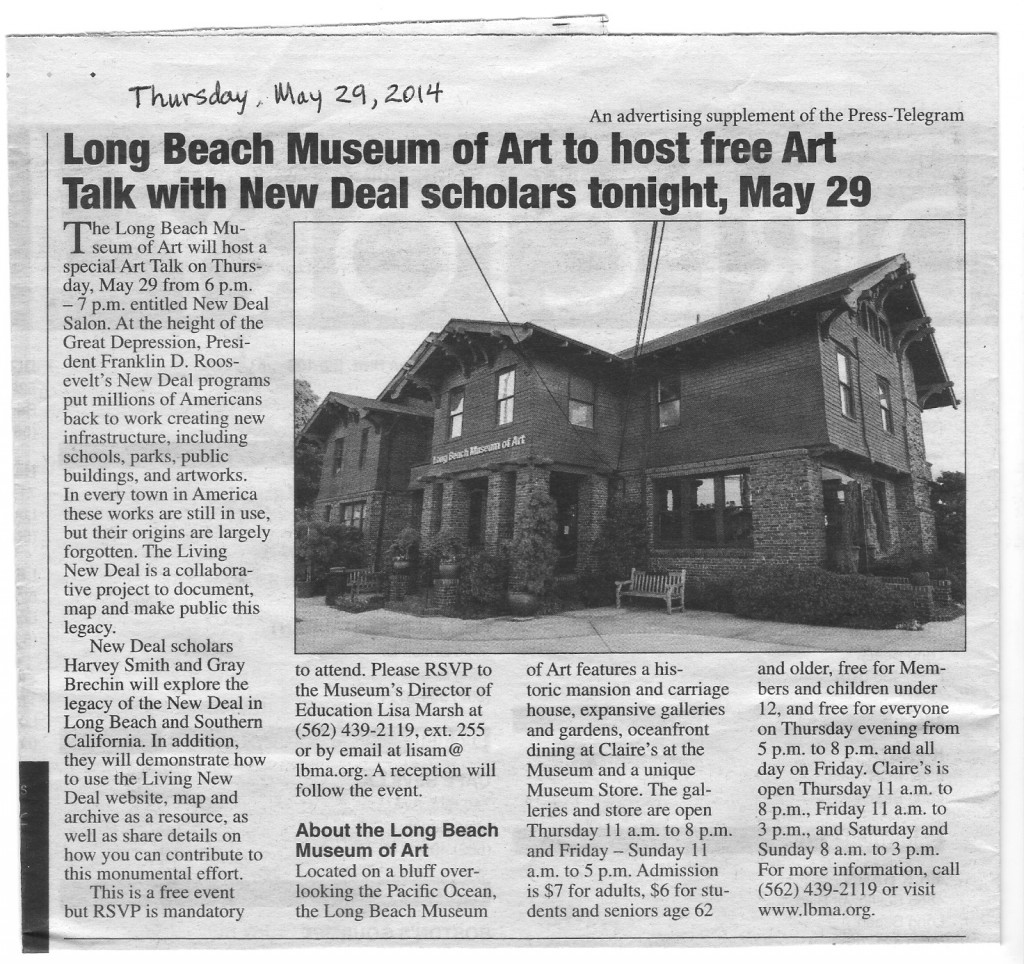 There was considerable hub-bub over the May 2014 reopening of one of San Francisco’s most beloved spots (and tourist sites), Coit Tower on the top of Telegraph Hill. After a long campaign by citizens groups, the city’s Department of Recreation and Parks spent $1.5 million to fix the leaks in roof that were damaging walls and mural, bring in experts to restore the glorious murals (the first New Deal murals in the country), and refurbish the facilities in general.  The Living New Deal’s Harvey Smith helped rewrite captions for the murals and participated in the reopening ceremonies. Smith is featured in this video created for KQED public TV’s new Smartphone App, “Let’s Get Lost”, which features many New Deal sites in the city and commentary by Smith and Gray Brechin. KQED’s report on the events can be found here.  The San Francisco Chronicle also gave 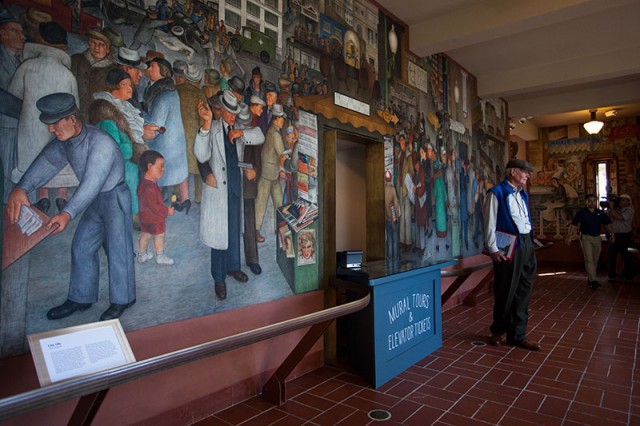 The newspaper In These Times (out of Chicago) did a feature story on the Living New Deal under the title, “The New Deal That Never Died: The New Deal’s Still All Around Us”.  Staff writer Theo Anderson did a nice job of capturing what the Living New Deal project is about and why it is important to document and remember what the New Deal accomplished.  The story appeared on May 22, 2014. You can download a pdf of the article here:  The Deal That Never Died – In These Times. 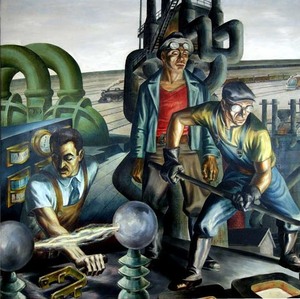 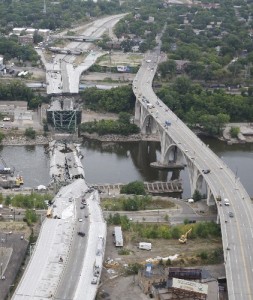 Living New Deal Research Associate and independent journalist John Hoctor recently appeared on radio station WPKN in Bridgeport, CT to discuss the poor condition of American infrastructure.  Our highways, bridges, rail lines, trolley and ports all rate badly compared to other wealthy developed countries, according to a number of engineering sources.  John discusses the state of infrastructure, especially in New England, and why it’s doing so poorly and what needs to be done.  He recalls the work of the New Deal in building infrastructure and puts in a plug for the Living New Deal.  The show, called ‘In Context’, aired on February 17th and is posted on WPKN’s website.  Well done, John! 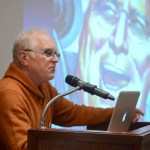 As the article notes, “Boettiger said he vividly remembers living at the White House with his grandfather.  ‘I remember joining him in his bedroom in the morning when he’d be surrounded by newspapers,’ Boettiger said. ‘He’d read me the funny papers.’ 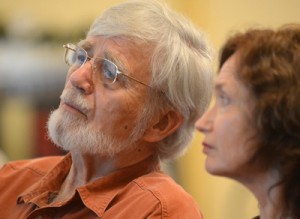 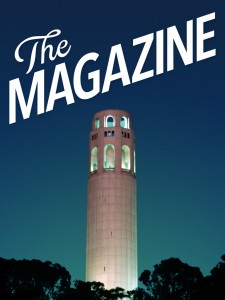 You can download the article here: Works in Progress — The Magazine. Alas,  a couple of errors snuck in: calling Prof. Walker ‘Watson’ (to Brechin’s Sherlock Holmes, perhaps?) and having the WPA starting in 1934, not 1935.  Oh well.  That’s journalism…

The article was picked up by the  high-flying blog, Boing-Boing. 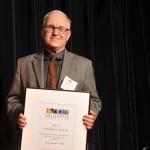 Living New Deal founder Gray Brechin has been honored by the California Preservation Association with its annual President’s Award.  The Board of Directors selected Dr. Brechin for his work as an author and advocate, and, in particular, his work advocating for the protection of U.S. Post Offices being sold off across the country – many of which are New Deal or contain New Deal artworks.  Brechin received his award at the annual California Preservation Awards event held on Friday, September 27th , 6:00 PM – 9:30 PM, at the Julia Morgan Ballroom in the Merchants Exchange Building in San Francisco.

For more information on the Awards Gala, click here.

The selling off of the U.S. Postal Service properties is the latest example of the movement to corporatize what’s left of the public sector. It comes in a long line of privatization efforts — from shrinking the public school system to expanding the prison system to contracting out the U.S. military. UC students have firsthand experience of what this means. If the trend continues, it won’t be long before UC Berkeley carves a corporate logo on Founders’ Rock.

The proposed sale of the nearly century-old Downtown Berkeley Main Post Office is yet another close-to-home example of the public surrender to corporate America. Berkeley’s is just one of hundreds of post offices now up for sale around the country, albeit exceptional in its design.

Read more in The Daily Californian. 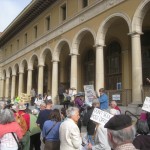 [Harvey] Smith and others would like to keep the building, which has notable historic and architectural value, in the public sector. Completed in 1915, the post office is listed in the National Register of Historic Places and contains two pieces of Works Progress Administration artwork, including a mural of early Berkeley history by Suzanne Scheur.

Project Scholar Gray Brechin is featured in a recent article on the fight to save Berkeley’s historic post office building. Read the full article in Berkeleyside here.

Gary Brechin, a historian who has written extensively about historic post offices, rallied the crowd by describing the importance of the post offices around the country that were built in an era of government expansion. Now dozens of those buildings, from the New Deal era and earlier, have been put up for sale, part of a Congressional plan to privatize the post office and an “old fashioned 19th century land grab of the 21st century,” he said. Brechin encouraged the crowd to fight back.

“What we are going to do here is build a national coalition to take our property and our post office back,” said Brechin, who is hoping to set up meetings with other communities whose post offices have been put up for sale. These include  Palo Alto, Burlingame, San Rafael, Modesto, Ukiah, La Jolla, and Venice.