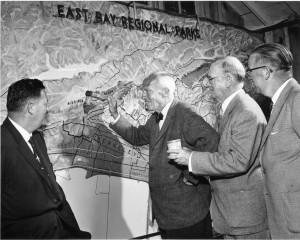 In 1928, conservationist, hiker, and University of California alumnus Robert Sibley, saw into the future of the open rolling hills above the Berkeley campus. “These valuable pieces of land ought to be preserved forever,” he forewarned. So began a movement to save thousands of wild acres from certain development. The New Deal played a critical part in gaining the public’s support.

A 1930 report, “Proposed Park Reservations for East Bay Cities,” by landscape architect Frederick Law Olmsted, Jr., and Ansel F. Hall, first chief naturalist of the National Park Service, laid out a plan for a system of regional parks and a single agency to manage them. As early as 1933, local CCC enrollees, under the direction of the Western Museum Laboratory in Berkeley, set to work on a project to help win the public over to the idea. 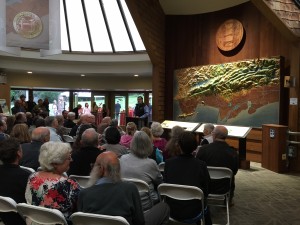 Often more than a hundred CCC men at a time worked to fabricate a series of 6-foot by 12-foot replicas of the East Bay region based on maps in the Olmsted-Hall plan. The hand-painted plaster relief models highlighted the ridgelines, hills, and valleys that park advocates hoped to conserve. Local cities used the topographical models to promote the cause. The prospect of federally funded labor and construction dollars through New Deal programs also had a role in winning over voters.

In 1934, despite the Great Depression, voters approved a tax to establish the East Bay Regional Park District, one of the first regional park systems in the country. With parklands secured, WPA and CCC crews arrived in 1935 to begin building the roads, trails, stone bridges, buildings, and fountains that remain a lasting tribute to their work. 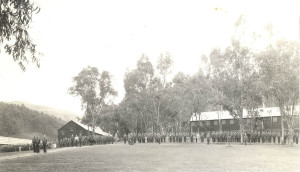 Today, one of the nation’s oldest regional park systems is also one of the largest—with 65 parks totaling 120,000 acres, and 1,200 miles of trails.

Recently, the last known remaining model the CCC built for the parks campaign was resurrected from a seldom-used building where it had languished for decades. Its significance came to light in the course of preparing for the District’s 80th anniversary.

Experts from the Richmond, California-based Scientific Art Studio, which manufactures museum exhibits, were called in to help with the model’s restoration. They carefully patched and reinforced the crumbling plaster and removed many added layers of paint revealing the map’s original colors and hand lettering. Original errors were left intact, including a puzzling reference to “Citizens Conservation Corps.” 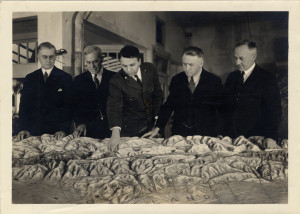 In August, the restored model was unveiled to the public to great fanfare. It is on permanent display at the popular Environmental Education Center at Tilden Park—the former site of CCC Camp Wildcat Canyon.

Dave Zuckermann has worked for the East Bay Regional Parks since 1987 and is currently the Regional Interpretive & Recreation Services Manager. Dave previously was the naturalist and supervisor at the Tilden Nature Area and Little Farm. His interest in the New Deal comes from working in a park built by the CCC. www.ebparks.org
Email | View all posts by Dave Zuckermann →