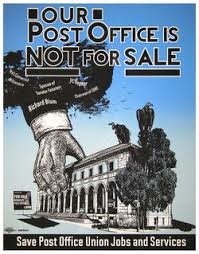 Popular opposition to the sale of America’s historic post offices is gathering momentum; Rep. Barbara Lee (D-Calif.) introduced HR 466, urging the U.S. Postal Service to halt all sales of historic postal buildings across the country. Earlier this month Lee and Rep Jose Serrano (D-NY) added a rider to an Appropriations bill to stop the sale of historic post offices pending an investigation by the Inspector General into possible improprieties in sale of the post offices properties. Lee’s legislation expands on that effort.  At least one investigation may have been triggered by the Berkeley-based National Post Office Collaborate which in October obtained a temporary restraining order blocking sale of the post office in Stamford, Conn. The National Trust for Historic Preservation named the Stamford decision one of the ten big wins of 2013 . Lee represents Berkeley, where activists have resisted the sale of the downtown post office. She called the historic post office buildings “an integral part of our cultural heritage, not to be used as a bargaining chip in resolving the Postal Service’s financial woes.” 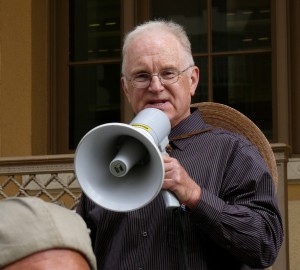 The Wall Street Journal and the Los Angeles Times recently reported on how Berkeley, California is becoming the epicenter of resistance to the sale of America’s historic post offices and dismantling of the U.S. Postal Service.