FDR’s Fireside Chats were a staple of his presidency. During these evening radio addresses, Roosevelt calmly reassured the American people; explained the path to national recovery; and rallied national unity.  Like all of you, we at the Living New Deal have been feeling our way into unknown territory. We take inspiration from the New Deal and those who in difficult times rise to the challenges and responsibilities of public service. We want to share such stories with you in The Fireside. We hope you find our compendium of news, commentary, history and highlights as welcome as a fireside chat.

It is an old trope, but true, that disasters often bring out the best in people. That, I think, is the case in the midst of a global pandemic as neighbors too harried to know one another a week ago stop to ask how they and their families are doing and what they can do to help.

But disasters can also bring out the worst; witness the current administration’s response to corona virus, a catastrophe long in the making as the entire public sector largely stitched together by FDR’s New Deal to fight the Great Depression has been starved of the funds needed to protect the public.

In that sense, the coronavirus disaster is analogous to the decades-long neglect of the nation’s physical infrastructure. Much of it was built during the 1930s not just to put millions to work but to vastly improve the physical and mental well-being of U.S. citizens. That long-range investment gave the U.S. the First World status that it subsequently forfeited as it allowed those public works — and entire cities — to fall into ruin.

Like the levees built by WPA, CCC and PWA workers along its rivers, the nation’s matrix of public health facilities and their dedicated staffs have been progressively undermined so that a long-predicted rogue disease could easily breach them, endangering the lives and livelihood of millions.  As always, the poor will suffer first and most, but no one will be immune to a viral onslaught against which a collective absence of forethought provides scant defense.

Our task at the Living New Deal is to remind Americans that we do not have to live in a dystopia promoted as its opposite. We do not have to tolerate millions of our fellow citizens living in hunger, on the streets and in abject despair — tinder for the match of a new virus. We once had a federal administration that sought security for all as an enduring bulwark against fear itself. As the adjective “Living” in our name implies, the New Deal continues to embellish all of our lives. But we must first learn to see it as well as to learn the lost ethical language in which its relics are trying to speak to us of an alternate reality we once had.

In the meantime, as you shelter in place, reevaluate what you thought important just a month or even a week ago. Get to know your loved ones — but at a safe distance for a while. As you take hikes in the woods, think of the vast oxygen-producing, wildlife-sheltering forests that an international Civilian Conservation Corps could be planting to fight climate change and to promote peace among competing people just as Roosevelt dreamt his United Nations would someday do.

Listen to music, read books again, organize your long-neglected papers, and stop to pet your neighbor’s dog. Together, we will get through this, coming out the other side far greater for it. 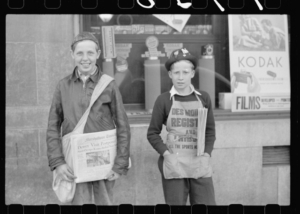 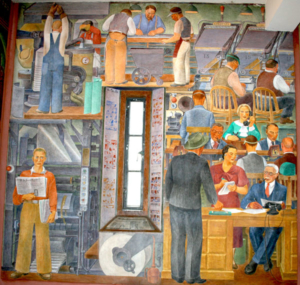 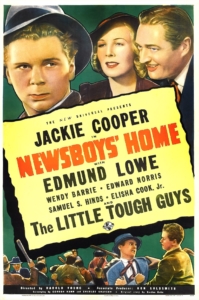 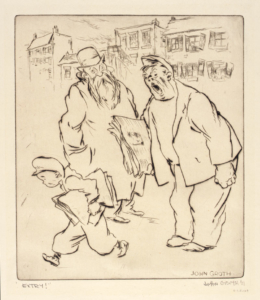 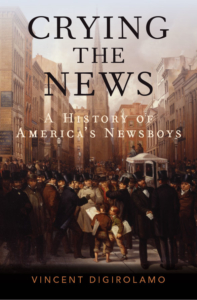 Vincent DiGirolamo is assistant professor in the Department of History at Baruch College, CUNY, and author of Crying the News: A History of America’s Newsboys (Oxford University Press, 2019), winner of the Frederick Jackson Turner Award, Philip Taft Prize in Labor and Working-Class History, and Frank Luther Mott /Kappa Tau Alpha Award for the best book in journalism and mass communications.
Email | View all posts by Vincent DiGirolamo →

Going Big: FDR’s Legacy, Biden’s New Deal and the Struggle to Save Democracy 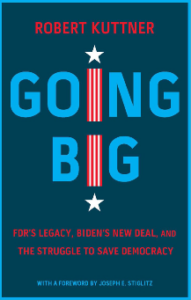 President Biden faces challenges not seen since the 1930s. With author Robert Kuttner and Valerie Wilson, Director of Economic Policy Institute’s program on Race, Ethnicity and the Economy. REGISTER

“New Deal Photography Through the Lens of Arthur Rothstein” 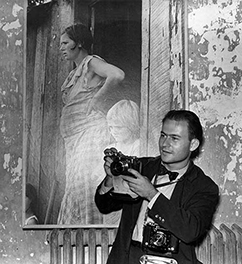 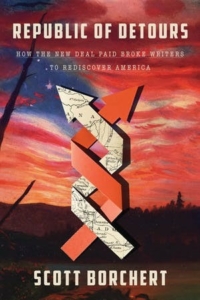 The Living New Deal has named Scott Borchert, author of Republic of Detours: How the New Deal Paid Broke Writers to Rediscover America, (Farrar, Straus and Giroux)—the winner of the Living New Deal 2021 New Deal Book Award. Republic of Detours weaves together biography and geography to compose a vivid picture of the Federal Writers’ Project.
Mary Jane Appel, author of Russell Lee: A Photographer’s Life and Legacy (W.W. Norton & Company), is the runner up for her biography of one of the most prolific—and overlooked—photographers of Federal Security Agency/Office of War Information. The award ceremony will take place at Franklin D. Roosevelt Presidential Library and Museum at the 18th Annual Roosevelt Reading Festival. The day-long program is free and open to the public.
Nominations are being accepted for the 2022 New Deal Book Award. Guidelines for submissions. 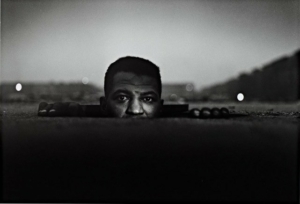 From his work as a New Deal photographer in the 1940s, through the tumult of the Civil Rights Movement of the 1960s and into the 70s, 80s and beyond, Parks’s images made visible the country’s racist legacy and the struggles to overcome it. He famously wrote that early on he had understood his camera to be a “weapon against all the things I dislike about America—poverty, racism, discrimination.” LEARN MORE

"A Living for Us All: Artists and the WPA" 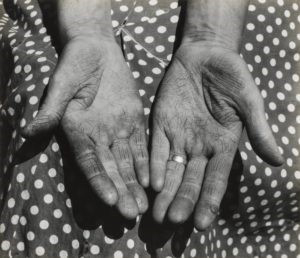 Working in painting, photography, printmaking and even weaving, some New Deal artists focused on themes of labor and daily life, while others turned to abstraction or surrealism. Advancing the radical idea that art is a public resource, the WPA offered a new model for the artist’s role in society. LEARN MORE

If Biden’s Plan Is Like a ‘New Deal,’ Why Don’t Voters Care?
The $1.9 trillion pandemic-relief law unleashed a massive wave of spending on local construction projects and programs.  Democratic candidates aren’t getting much credit.“You tell them about the American Rescue Plan,” Mr. Biden said to House members, “and they say, ‘What the hell are you talking about?’”
By Alexander Burns
The New York Times, April 21, 2022

Democrats Used to Be Able to Get Things Done. What Happened?
But Democrats have a problem that has bedeviled their leaders on and off ever since shrewd political bosses from Albany and stalwart Jeffersonians from Virginia founded what would become the party roughly 200 years ago. They lack a social movement of working people that could turn passive support for universal social programs into a force large and vocal enough to enact lasting change.
By Michael Kazin
The New York Times, February 25, 2022

Environmental organizations unveil ‘Green New Deal pledge’ for 2022 candidates
Signers of the pledge commit to rejecting any donations of more than $200 from fossil fuel interests and commit to co-sponsoring 10 pieces of Green New Deal-related legislation within six months of taking office. These include the original Green New Deal resolution, the Green New Deal for Cities, the Civilian Climate Corps for Jobs and Justice Act, and the Keep it in the Ground Act, which would ban new fossil fuel projects on federal lands and waters.
By Zack Budryk
THE HILL, March, 28, 2022

7 Incredible Feats of Engineering Funded During the New Deal
Several projects funded during the New Deal were incredible feats of engineering that remain as permanent reminders of what a government can accomplish when it puts people to work.
By Barry Silverstein
History of Yesterday, April 5, 2022

“THE RISE, FALL AND REBIRTH OF THE FEDERAL WRITERS’ PROJECT” 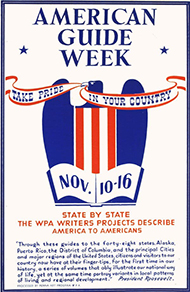 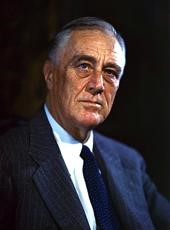 "But here is the challenge to our democracy: In this nation I see tens of millions of its citizens—a substantial part of its whole population—who at this very moment are denied the greater part of what the very lowest standards of today call the necessities of life...I see one-third of a nation ill-housed, ill-clad, ill-nourished.”
—  Franklin D. Roosevelt
Inaugural Address, January 20, 1937