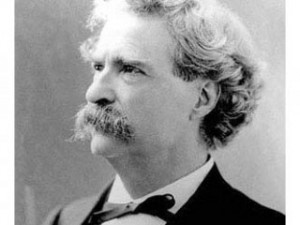 We were recently alerted to this interesting fact about the origin of the name “The New Deal”.  It seems that it came from Mark Twain’s Connecticut Yankee:

On this day in labor history, March 22, 1886, Mark Twain gave a rousing speech in praise of the Knights of Labor at the Monday Evening Club in Hartford, Conn. Twain was a lifelong member of the International Typographical Union (now part of the Communications Workers of America) and a champion of unions. In his book ‘Life on the Mississippi,’ he praised the steamboat pilots’ clever tactics in forming their union and winning their wage demands from the owners. In ‘A Connecticut Yankee in King Arthur’s Court,’ he derided the Gilded Age era’s exploitation of workers and called for ‘a new deal.’ Parts of the book were required reading at union meetings and picnics. Eleanor Roosevelt said it was her husband’s favorite book by Twain.

Since our country appears to have returned to the values and inequality of the Gilded Age in which Twain wrote, perhaps the idea of  ‘a New Deal’ might once again resonate with Americans.

2 comments on “Mark Twain Called For “A New Deal””