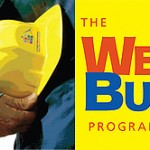 Implementation of a $19 billion public works project to build hundreds of new Los Angeles Unified School District school facilities over the past few years to combat overcrowding was associated with an increase in student achievement, according to a UC Berkeley study published Tuesday.

The school district’s investment in the construction in more than 130 school facilities over the last decade is the largest amount spent on a public works project in the history of the U.S. since the construction of the interstate highway system.  The result of the project, according to the study, led to significant relief of the overcrowding of the city’s elementary and secondary schools, which in the mid-1990s were busing more than 25,000 children out of high-density areas with many schools operating on a year-round schedule.

“With this program (of expansion), we will completely eliminate the use of multitrack calendars and involuntary busing,” said Shannon Haber, facilities spokesperson for the district.

Though John Rogers, director of the UCLA Institute for Democracy, Education, and Access, said student test scores are one way of measuring achievement, he suggested there might be other benefits to the building of schools.

“Other outcomes that matter emerge out of school building,” Rogers said “ School building also provides young people in immigrant communities a better sense that the broader society cares about them and their communities.”

The study began when a multidisciplinary team of four campus researchers received a large set of data from the district about student performance and school construction between the years of 2002 and 2008 from the district.

Researchers said the data was special because it spanned over the course of six years and because the magnitude of the construction project was so large.

“It’s breaking a bit of fresh ground,” said William Welsh, a campus doctoral student in sociology and lead author of the study. “I think there has not been this sort of investment (in the past). If a school district is going to build new schools, they do maybe one or two in a year. If that’s the case, there is not an occasion for researchers to step in.”

Although there was substantial data submitted for the project, researchers said they are still looking for the school district to submit numbers from 2009, during which the final third of the constructed schools opened.

“It is definitely difficult to get outside data sometimes,” Rogers said. “I credit Berkeley for developing relationships with the school districts to get the trust for the data. This is a case where it’s important for (the district) to share the data. It’s a story of why public investment matters.”

For more on the L.A. School “We Build” program, go to their website.